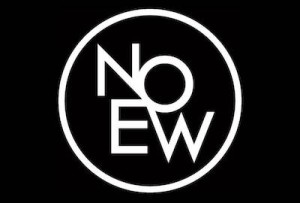 NEW ORLEANS – From the Idea Village:

The Founders of Lucid and Levelset, local startup companies acquired for a combined $1.6B in 2021, have come together with local investors and startup champions to pledge $750,000 of investment in three leading companies from the Idea Village’s VILLAGEx 2022 accelerator program.

The three finalist startups will compete against each other for the top prize on Friday, March 25 as part of the IDEApitch investment competition, the culmination of New Orleans Entrepreneur Week.

This pledge makes IDEApitch one of the largest pitch competitions in the country. The winning startup will receive a $400,000 commitment to the company’s next round, with each runner-up receiving $175,000. Attendance at IDEApitch is free and open to the public along with over 50 other events during NOEW (March 21- 25).

The three IDEApitch finalists drawn from New Orleans and the surrounding region include Jamm Around, a network management platform for music creators; Cluey Consumer, a data driven platform that empowers socially conscious consumers; and Iconic Moments, an NFT marketplace for museums and other cultural institutions.

Investors coming together to fund this investment include Patrick Comer, Scott Wolfe, Gayle Benson, Cathy and Walter Isaacson, Amith Nagarajan, Michael Gollner, Faith Savage and Dr. John Ellstrot. Comer and Wolfe are IDEApitch alumni and helped conceive the idea to “pay it forward” by aligning investment capital with The Idea Village and IDEApitch.

“If you built a portfolio of the 40-plus companies that have participated in IDEApitch over the last ten years, you would have invested in some incredibly successful companies,” said Comer, chairman of the board of CINT Group and founder and former-CEO of Lucid. “This commitment is about both ‘adding a 0’ to what startups and founders can expect in New Orleans and demonstrating that investing in New Orleans is a good investment.”

“The IDEApitch investment prize structure puts founders in the driver’s seat to raise a substantial round of capital that will launch and scale their business,” said Jon Atkinson, CEO of The Idea Village. “It is also about encouraging others to participate in the success of these companies, making it easier for a diverse mix of entrepreneurs to access capital and participate in the resulting upside, and meaningfully moving the needle on the number of companies raising at least $1,000,000 out of the New Orleans startup community each year.”