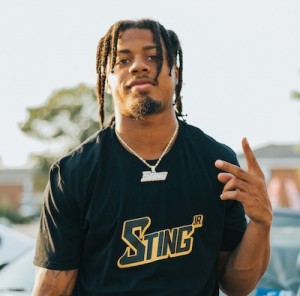 Under the deal, Stingley will get his own delivery code that customers can use to get free delivery on their next order. You can follow Stingley on Instagram @derek_stingley.

A recent NCAA ruling means college athletes can now profit from their name, image and likeness (NIL) and can be paid for endorsements. In addition to Stingley, Waitr has also inked a deal with Baton Rouge’s Christian Harris, who plays linebacker for Alabama.

“Waitr believes it’s important to support our local communities, and this is a natural extension of that belief,” said Brittany St. Pierre of Waitr. “We’re very proud of our college athletes and are thrilled we can now partner with such elite players who represent the state so well.”

Stingley has already become one of the most decorated players in school history. In his first two years, he’s twice earned first team All-America honors as well as being a two-time first team All-SEC selection at cornerback.

“I’m proud to partner with Waitr. It’s even more important to me that they were founded right here in Louisiana and serve the state so well,” said Stingley.