“As a center of academic excellence and scholastic achievement, Loyola University New Orleans is beyond proud to have two of our faculty members recognized this year as Fellows of the National Center for Humanities,” said interim provost and vice president for Academic Affairs David B. Borofsky. "These coveted fellowships are extremely competitive and we are honored to see our faculty recognized by the NHC for their outstanding accomplishments."

Laura T. Murphy, founder and director of the Modern Slavery Research Project and associate professor of English Language and Literature at Loyola, received the John G. Medlin, Jr. Fellowship, which will allow her to pursue her current book project titled “The New Slave Narrative,” a literary critical analysis of the reemergence of the slave narrative tradition in the late 20th century.

“I am so grateful to both the National Humanities Center and Loyola for giving me the opportunity to concentrate on completing my book next year,” Murphy said. "It will be the culmination of years of research and student-faculty collaboration."

One of the nation’s top scholars on human trafficking, Murphy recently led The Modern Slavery Research Project’s groundbreaking report on sex and labor trafficking among homeless youth in the U.S. and Canada. Previously, she has authored a report titled “Human Trafficking and Exploitative Labor Among Homeless Youth in New Orleans” with Loyola criminology professors Rae Taylor and Christian Bolden. Together with alumnus Brian Ea ’12, she authored “The Louisiana Human Trafficking Report,” the first-ever report on human trafficking in the New Orleans metropolitan area. Her first book, “Metaphor and the Slave Trade in West African Literature” (Ohio University Press 2012, winner of the African Literature Association First Book Prize), examines the coded ways West African writers have memorialized the trauma of the trans-Atlantic slave trade. Murphy’s articles have appeared in Cambridge Journal of Postcolonial Inquiry, Slavery and Abolition, Research in African Literatures, Studies in the Novel, Genre, The Journal of the African Literature Association, College Literature, and the LA Review of Books. Among her many awards and achievements, Murphy was named one of the city’s “Top Female Achievers” by New Orleans Magazine in 2015.

Rian Thum, associate professor of history and an Asian Studies scholar at Loyola, received the Center’s Trustees’ Fellowship. One of the world’s leading scholars on the Uyghurs of mainland China, Thum will spend the yearlong fellowship pursuing his current book project, “Islamic China,” a re-examination of Chinese Islam that takes full account of the numerous Persian and Arabic sources that Chinese Muslims have used and written.

Similarly, his celebrated book, “The Sacred Routes of Uyghur History” (Harvard University Press, 2014) argues that the Uyghurs – and their place in China today – can only be understood in the light of longstanding traditions of local pilgrimage and manuscript culture. The study uses manuscripts in Chaghatay and Persian, contemporary Uyghur novels, graffiti, and ethnographic fieldwork to uncover a complex of historical practices that offer new perspectives on what history is and how it works.

“I'm particularly looking forward to interacting with the diverse group of fellows that the NHC brings together,” Thum said.

According to a news release, the National Humanities Center appointed only 34 Fellows for the 2017-2018 academic year from among a pool of more than 630 leading scholars. Hailing from two international universities and 27 U. S. institutions in 14 states, Greece, and the United Kingdom, recipients represent top scholarship in African American studies; anthropology; art history; Asian Studies; comparative literature; East Asian languages and literature; English language and literature; environmental studies; European languages and literature; history; history of science; medieval studies; music history and musicology; philosophy; religion; sociology; South Asian studies; and theater, dance and performance studies. Each Fellow will work on an individual research project and will have the opportunity to share ideas in seminars, lectures, and conferences at the Center.

As 2017-2018 Fellows, Thum and Murphy join the fortieth class of resident scholars to be admitted since the Center opened in 1978. Robert D. Newman, president and director of the National Humanities Center, said in a release: “We are pleased to welcome this group of scholars as our fortieth class of Fellows. This year’s pool of applicants was the largest in memory and included a remarkably wide range of excellent scholars and fascinating projects. The success of these applicants in an especially competitive year is a testament to the quality of work they are doing, and we are delighted to provide them support in the coming year.”

The National Humanities Center has awarded more than $1,300,000 in individual fellowship grants to enable scholars to take leave from their normal academic duties and pursue research at the Center. Fellowship funding is made possible by the Center’s endowment, by grants from the American Council of Learned Societies and the National Endowment for the Humanities, and by contributions from alumni and friends of the Center. 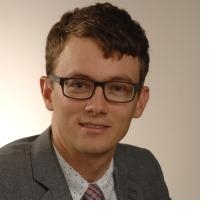