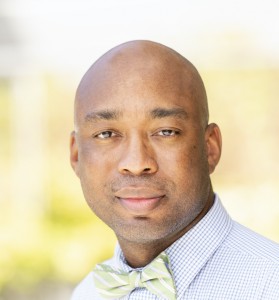 In this newly expanded role, Perry will report directly to the president and provide clear leadership over the development and implementation of diversity, equity and inclusion practices at Loyola. He will continue the hard work that has been done over the last two years to develop a Strategic Plan for Inclusive Excellence and add greatly to its scope, working to expand programming and ensure over time that Loyola’s great diversity is reflected in all aspects of university admissions, academic programs, campus culture and identity.

“I am honored and blessed to be able to work at Loyola in this capacity,” said Perry. “I recognize the groundswell of support that my office has in the Loyola community and I look forward to increasing the visibility and capacity of the office, as well as our approaches for enhancing belongingness across campus.”

Named seventh in the nation for “race/class relations” in the Princeton Review’s “Best 386 Colleges” 2021 edition, Loyola New Orleans has a student body that includes more than 50 percent students of color and is diverse in every way.

“This is a time of real soul-searching for Loyola as an institution, as it is for the nation,” said Tetlow, a legal scholar who has written extensively on race and justice. “We grapple with these issues understanding that each of us must own this work.”

Before joining Loyola, Perry served as head of diversity and outreach in the National Science Foundation’s Center for Energy Efficient Electronics Science and executive director of the Grand Challenges Scholars Program at the University of California, Berkeley, building a pipeline of diverse graduate students in STEM.

“Dr. Perry’s colleagues describe him as a kind and energetic leader,” Tetlow said in an email to the Loyola community. “With innovation and serious grant writing skills, he has built transformative programs and programming.”

Previously, Perry served as director of the Ronald E. McNair Scholars Program at Suffolk University in Boston, where he prepared underrepresented, first-generation, and limited-income undergraduate students for graduate study.  Prior to that position, he worked in the Office of Graduate Student Diversity Programs at the University of Virginia, where he was committed to the recruitment, retention, mentoring, and graduation of a highly talented and diverse graduate student population.

A commitment to access, representation, equity and inclusion is central to the university’s Catholic, Jesuit mission.

“Our goal is to build and improve upon a culture that is consistent with our values, and we are thrilled to have Dr. Perry lead that effort,” Tetlow said.