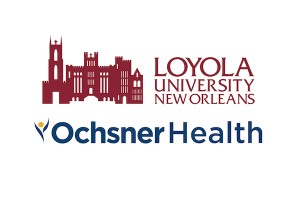 “This year has proven without doubt that nurses are heroes,” and the country has a critical need for more nurses, Loyola University New Orleans President Tania Tetlow said.

Ochsner Health professionals will teach at Loyola and supervise the students in all eight of their clinical rotations, officials said during a livestreamed news conference Wednesday.

The enrollment website opened Wednesday for next fall, and Tetlow said the school hopes to have a class of 90 graduate in 2025.

“Every day we see there’s a challenge with nursing shortages,” as temporary workers fill about 300 of the system’s nearly 6,000 nursing jobs, said Warner Thomas, Ochsner’s president and chief executive.

It’s a national problem, he said: the U.S. Bureau of Labor Statistics has predicted more than 175,000 openings a year for nurses over the coming decade, largely because of retirements. Thomas said the shortage is more acute in the South, and the Louisiana State Nursing Board reported last year that 37% of Louisiana’s licensed registered nurses were at least 50 years old, and 17% were at least 60.

Ochsner and Loyola together will build a simulation lab for students.

“Simulation mannequins can recreate a mother delivering a baby. They can recreate a patient having cardiac arrest,” said Laurie Anne Ferguson, dean of Loyola’s College of Nursing and Health.

Louisiana has 16 other four-year nursing programs, according to the Louisiana State Board of Nursing, but it can often be difficult for nursing students to find places to treat patients under proper supervision, the officials said, and this partnership will eliminate that problem for its students.

“Finding clinical placements … can often be an enormous problem,” Ferguson said, and the assignments may be widely spread. Having them all in one system also means students “will graduate familiar with the organizational structure and workings of the healthcare system,” she said.