Loyola Back in the Black 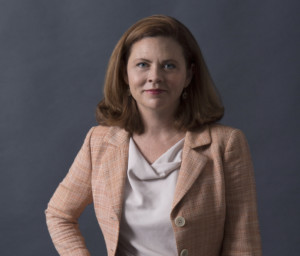 NEW ORLEANS – On Tuesday, the outside accreditation agency for Loyola University New Orleans said that the school’s year of financial probation has been lifted. The announcement from the Southern Association of Colleges and Schools Commission on Colleges is great news for the 115-year-old Jesuit University, which has had three years of enrollment growth after several years of lower-than-expected numbers. Loyola ended its last fiscal year with a budget surplus.

Being placed on probation was a serious threat to the school’s future. If Loyola had lost its accreditation, it wouldn’t have been able to offer certain degrees or provide federal grants or certain types of low-interest loans.

In a press release, the school said “through an all-hands effort on campus over the last several years, Loyola has not only found efficiencies and cut expenses, but has also increased and diversified revenue. … This fall Loyola welcomed one of its largest first-year classes ever.”

Loyola said its budget is balanced with an operating surplus and positive projected financial outlook for 2020. “The University has a $215 million endowment, which has allowed it to keep academic programs stronger than ever,” said a Loyola media representative. “This fall, Loyola successfully completed its $101 million Faith in the Future campaign and attained status as a Top 200 national university in U.S. News and World Report rankings, tying at 76th in the nation for undergraduate teaching, alongside Boston University, Columbia, NYU, Northwestern, UCLA and others.”

“It’s a nice public acknowledgment of what this community has achieved,” Loyola University President Tania Tetlow told The Maroon, Loyola’s school newspaper. “I think in an odd way it came in a good moment to prepare us to do well in this tough market. This is a moment for students to recognize how incredibly hard every member of the faculty and staff at Loyola works to do right by them, even at moments when our own lives are challenging.”

The Maroon reported that it’s common for schools placed on financial probation to be kept there for two years, so today’s news was extra satisfying.

“I would say my Christmas just got a lot better,” Tetlow said.

Louisiana to Receive $1B for Bridge Improvements

Louisiana Borrowers to Receive $27M in Settlement with Navient