UPDATED: Navigation Restrictions in the Area of Southwest Pass (SWP):

The Associated Branch Pilots of the Port of New Orleans (Bar Pilots) revised their recommended maximum draft to 42 feet for all vessels transiting SWP as first implemented at 1030 hours on Saturday, April 9, 2016.  The previous draft recommendation was 43 feet and became effective on March 9, 2016.

The Crescent River Port Pilots Association continue to enforce a one-way transit restriction for all vessels with a draft of 40 feet or greater from the Head of Passes (Mile 0) to Mile 6 Above Head of Passes (AHP).  This restriction became effective at 1730 hours on Saturday, March 26, 2016.

The Associated Federal Pilots and Docking Masters of Louisiana, LCC maximum draft recommendation for SWP was reduced to 41 feet for all vessels (specifically from the Southwest Pass Sea Buoy to the Old Quarantine Anchorage at Mile 3.5 AHP) on April 13, 2016.  The official letter from the Federal Pilots is attached.

The eastern side (left descending bank) of the channel at the Head of Passes is the most deficient area of the SWP channel and the Corps is now concentrating the two industry hopper dredges in this area.

The MVN’s latest survey of the Head of Passes as published on April 13, 2016 can be viewed by clicking here. 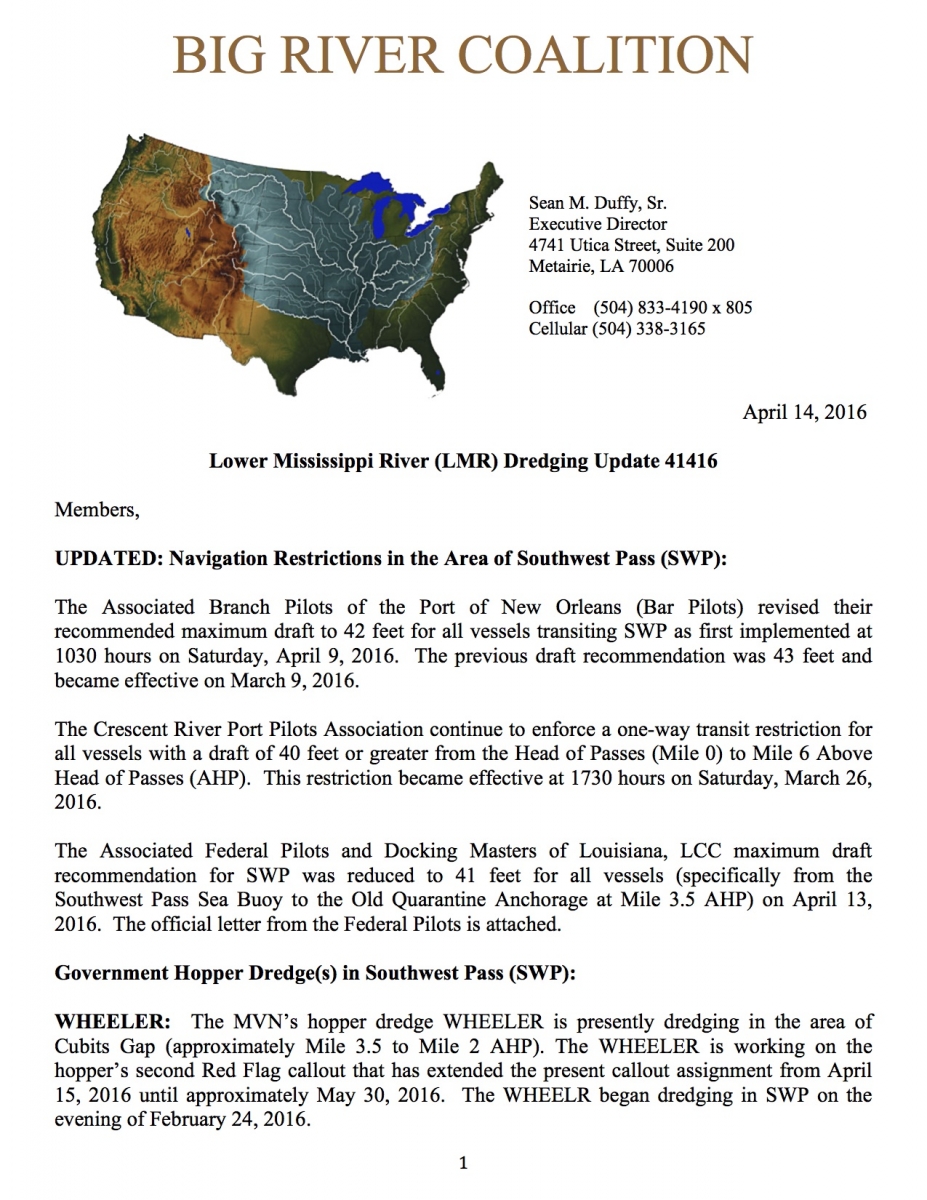 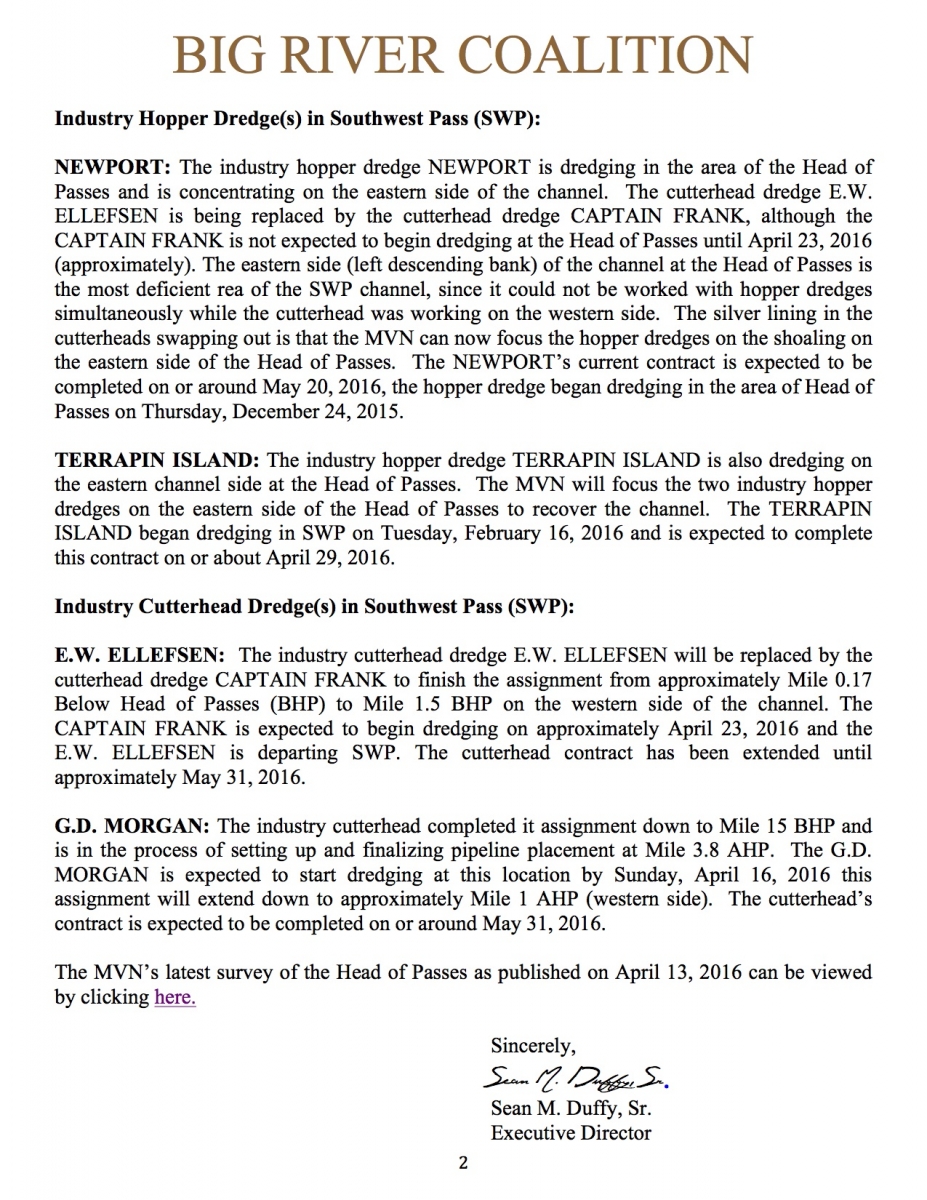 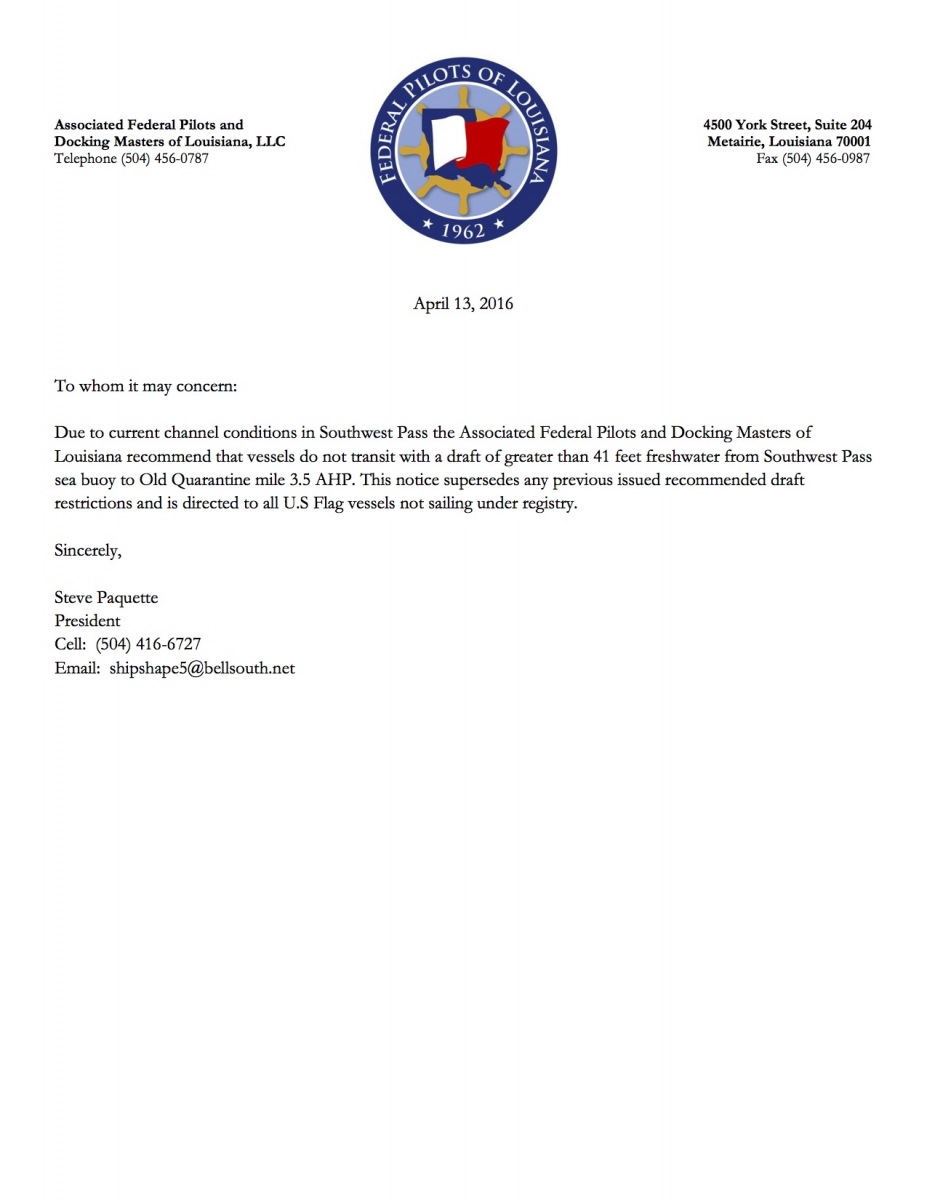