The Lower Mississippi River (LMR) Dredging Update 22916 is attached for your reference.

UPDATED: Navigation Restrictions in the Area of Southwest Pass (SWP):

The Associated Branch Pilots of the Port of New Orleans (Bar Pilots) increased their maximum draft recommendation to 42 feet for all vessels transiting SWP effective at 1030 hours on Saturday, February 27, 2016 (Official letter is attached). The Bar Pilots had previously recommended a maximum draft of 41 feet for all vessels transiting SWP that became effective at 1030 hours on Saturday, January 30, 2016.  The original draft reduction in 2016 was to 43 feet from 47 feet and went into effect at 1030 hours on January 14, 2016.

The Corps Mississippi Valley New Orleans (MVN) is working to finalize the award of a new hopper dredge contract that was solicited on Friday, February 26, 2016.  The new contract will be awarded to the hopper dredge NEWPORT and should keep the hopper dredge working in SWP until approximately the end of May (with options).

There are now 5 hopper dredges and 2 cuttherhead dredges working in Southwest Pass.  The efforts to recover the channel are ongoing and the Bar and Federal Pilots will continue to monitor the latest channel conditions as related to any further changes to their maximum draft recommendations.  There are also two dustpan dredges working to address significant shoaling on the Crossings Above New Orleans. 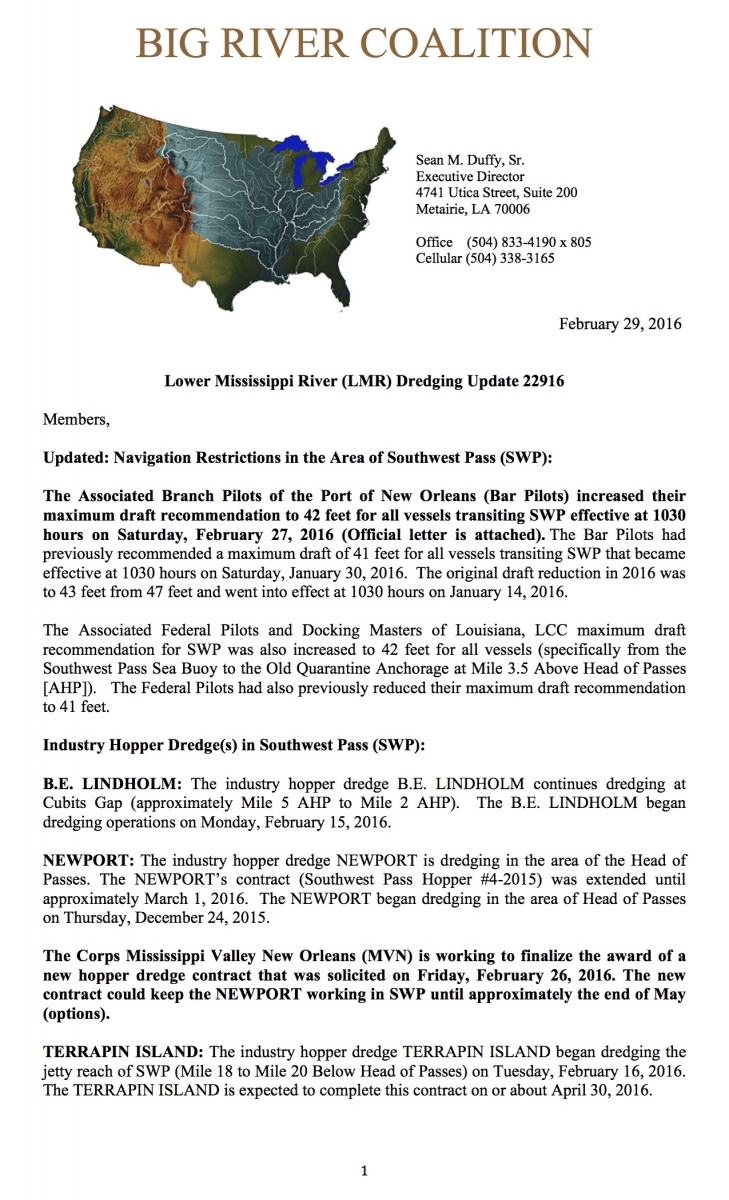 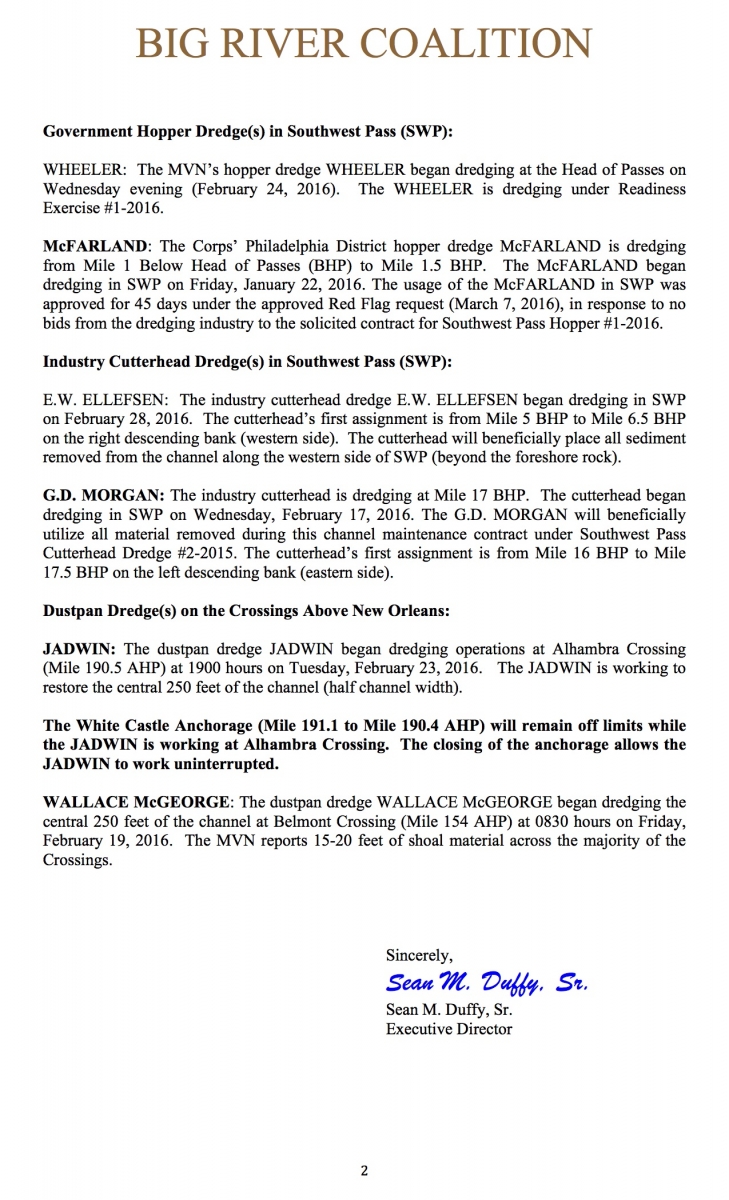 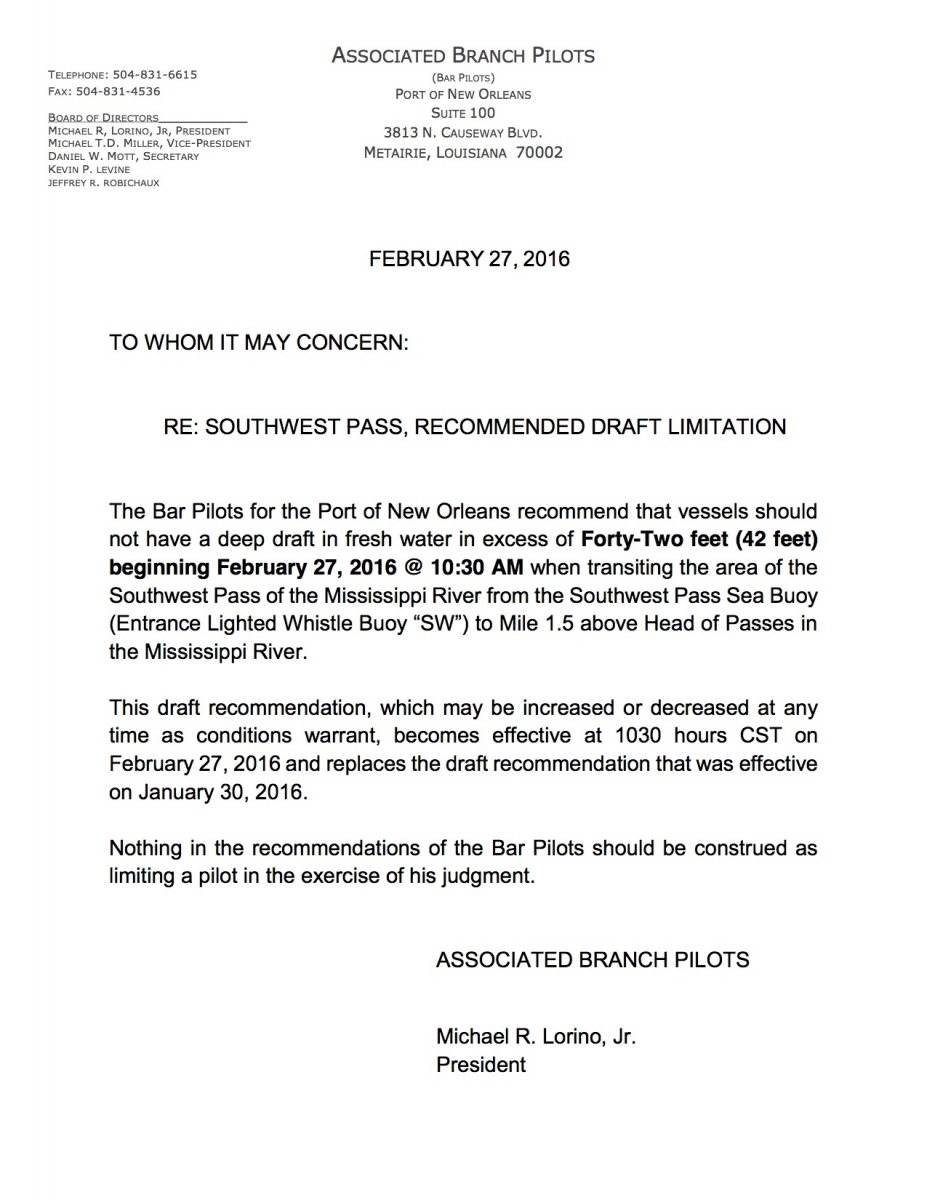 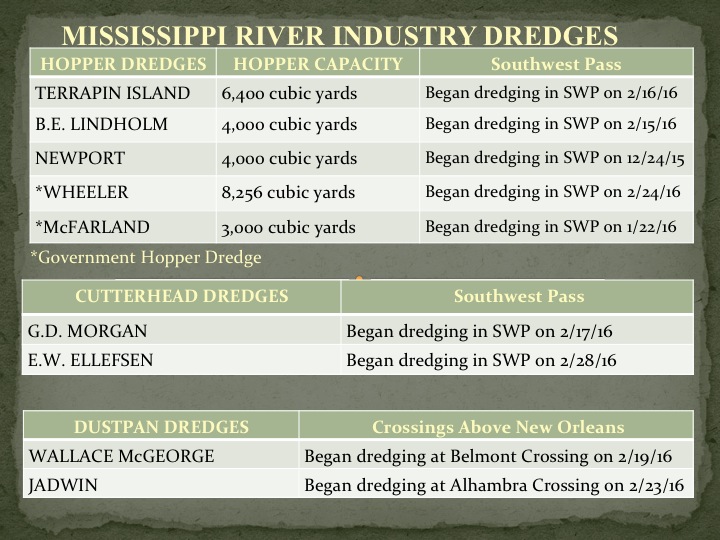