Navigation Restrictions in the Area of Southwest Pass:

The Associated Branch Pilots of the Port of New Orleans (Bar Pilots) have announced that effective at 1030 hours tomorrow (Saturday, January 30, 2016) the maximum draft recommendation for all vessels transiting Southwest Pass will be reduced to 41 feet freshwater.

The Bar pilots announced they will work on a case-by-case basis to address the transit of  OUTBOUND vessels that have COMPLETED LOADING before 1030 hours tomorrow for vessels with a draft in excess of 41 feet but not greater than 43 feet.

The Corps is aggressively working to free up hopper dredges that are presently under contract in other areas of the country.  The Corps continues to engage key stakeholders of the navigation and dredging industry in a coordinated effort to get more equipment on scene to respond to the loss of the shipping channel in Southwest Pass.  The Coalition was advised that on Monday, February 1, 2016, the Corps intends to have vetted all potential solutions and that it is responding to the situation on the Lower Mississippi River as a national emergency. 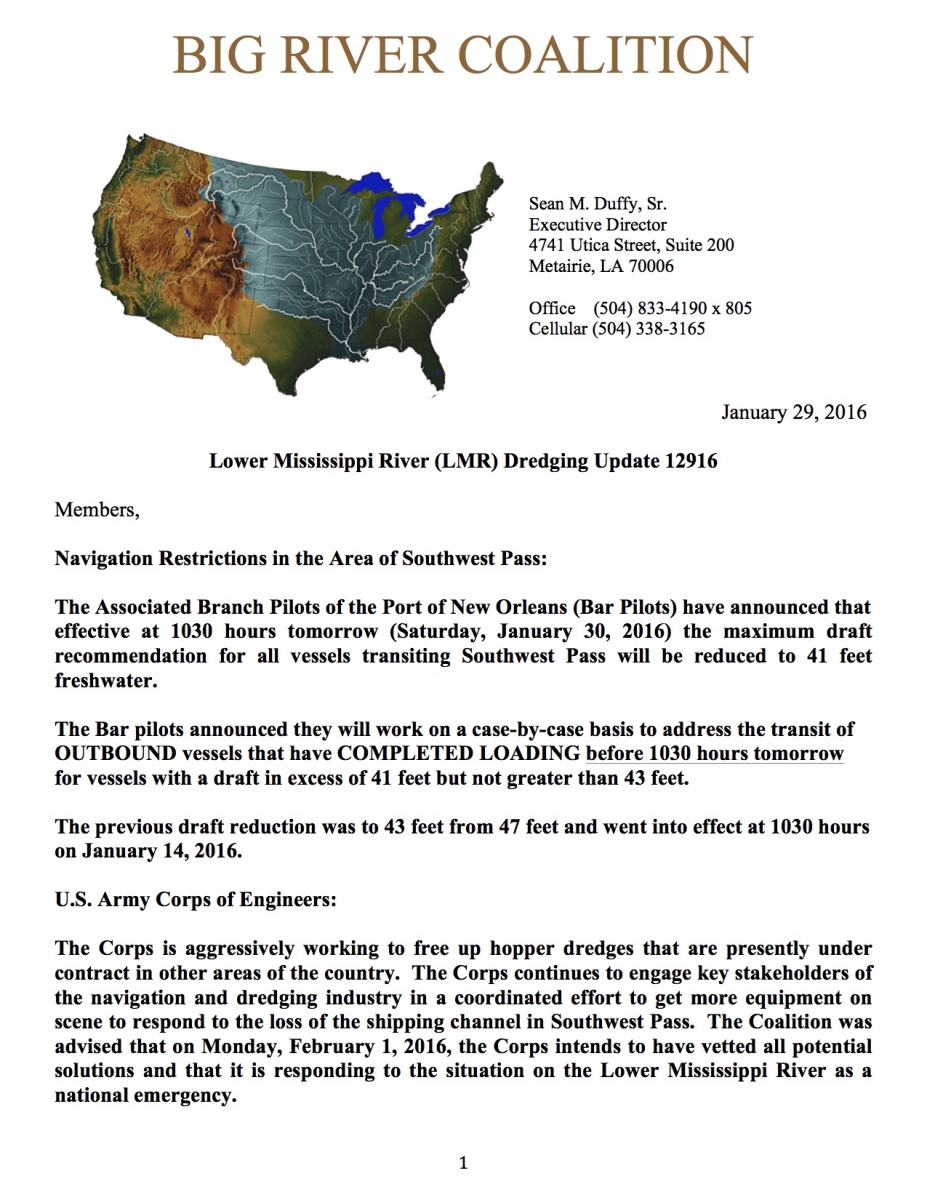 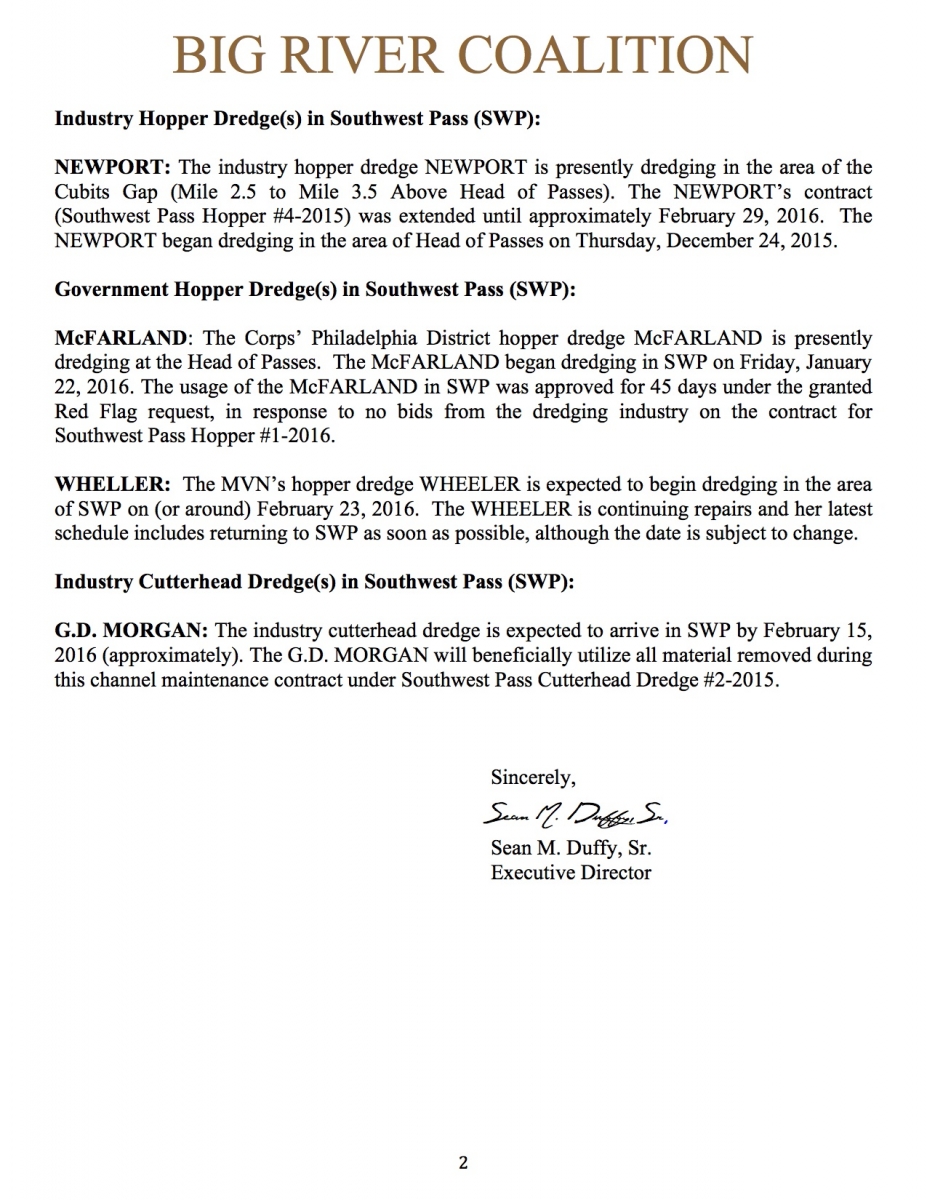