The Corps¹ Mississippi Valley New Orleans (MVN) does not intend to open any additional bays on the Bonnet Carre¹ Spillway (Mile 128.8 to Mile 127.3 Above Head of Passes [AHP]).  The total number of bays opened as of today Wednesday, January 20, 2016 remains 210 with an estimated flow through the structure of 190,000 cubic feet per second (cfs).  The maximum flow of 206,000 cfs was achieved a few days ago before the Spillway influenced river stage dropped a few tenths of a foot.

The Coalition continues to work with the Corps to keep the industry hopper dredge NEWPORT past January 27, 2016 the estimated date it will have completed the current contract.  The MVN has revised its plans to solicit a bid for an industry hopper and now plans on advertising this bid on January 26, 2016.  The MVN remains hopeful that it will soon secure the cutterhead dredge that responded to the bid solicited on January 14, 2016.

The Corps¹ Philadelphia District hopper dredge McFARLAND is expected to begin dredging in Southwest Pass (SWP) on Friday, January 22, 2016.  The McFARLAND was delayed by the storm system along the east coast.  The McFARLAND is approved for 45 days in SWP under the granted Red Flag request. 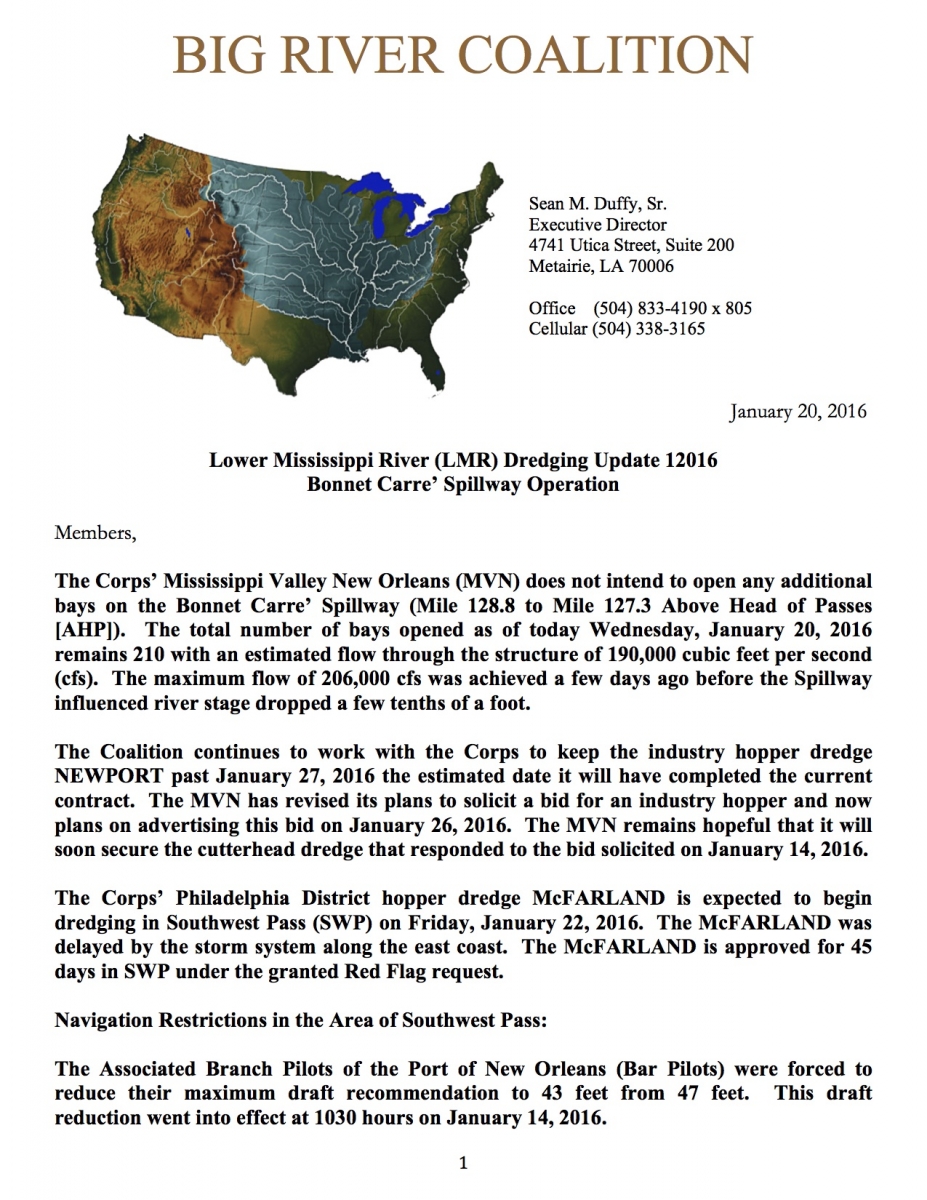 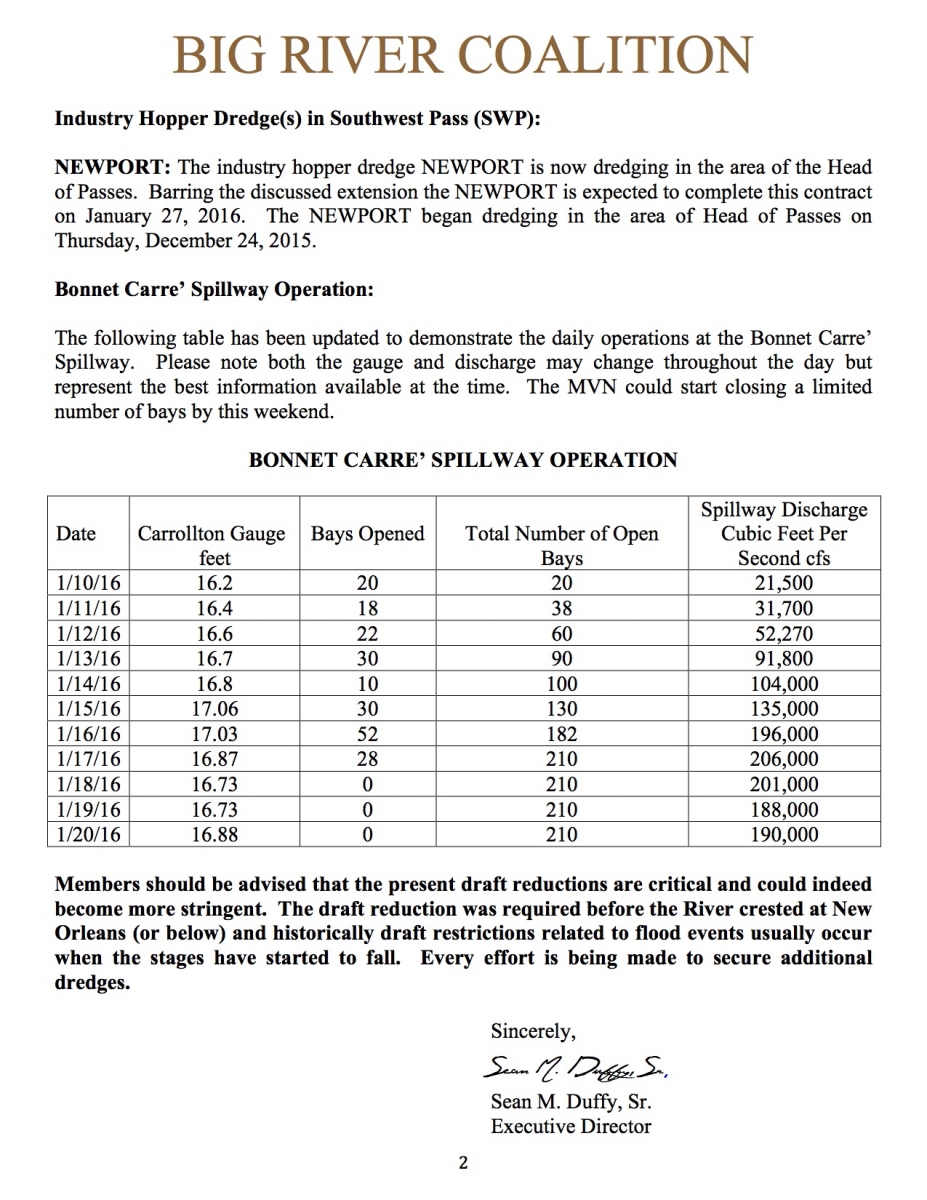