Low Oil Prices May Shake Up the Energy Industry

NEW ORLEANS – The recent stock market plunge combined with travel restrictions and event cancellations are already hurting the economy in New Orleans, which earns $9 billion each year from tourism. Meanwhile, the recent steep drop in the price of oil (down to $31 per barrel on Thursday) will have an impact across Louisiana, which is home to the largest concentration of crude oil refineries in the U.S.

According to one expert, however, the effects won’t be entirely negative because low oil prices affect different segments of the industry differently. 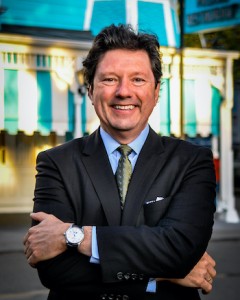 “The interesting thing is that if you’re a vertically integrated oil company like Exxon, the effect of all this stuff starts to wash out a little bit,” said Tulane business professor Peter Ricchiuti. “Because where you’re drilling for the oil, what they call ‘upstream,’ the profits are horrible.

“But midstream is the pipelines and the refineries and they tend to do pretty well because when oil prices drop, the price at the pump drops and people tend to drive more. And then the retailing, which would be downstream, they also do better because people are driving more.”

That vertical integration is what’s preventing the stocks of the big oil companies from taking too big of a hit. Meanwhile, other Louisiana benefactors of the drop in the price of oil are the chemical plants along the river that are making record profits because natural gas and – to a lesser extent – oil are the “feedstock” they rely on.

“They’ve never had it so good,” said Ricchiuti. “And that’s one of the reasons you see all of these plants being built up and down the river. It’s a bonanza.”

Consolidation On the Way

The price of oil declined from more than $100 per barrel in 2011 to less than $30 in 2016. Since then, it had been slowly rising until last week’s price war between Saudi Arabia and Russia brought it crashing back down. A likely result of the low prices and low demand is consolidation within the industry.

“The stocks of smaller oil companies have dropped so much that they’re selling at levels that would be attractive to larger, more financially secure oil companies,” Ricchiuti. “So one thing all the experts expect is some sort of consolidation where the bigger, stronger companies buy shares of these smaller oil companies that are in financial distress at very cheap prices and actually get the oil through this acquisition at prices they could never get new oil at by drilling for it.

“I guarantee you that every oil company boardroom in the country is looking at a list of those companies.”

None of the major oil companies are headquartered in Louisiana but the state still hosts many businesses that provide the industry with support services: ship building, ship design and transportation to the rigs to name a few. The state is also home to the Louisiana Offshore Oil Port, a deepwater port off the coast that provides storage services for tankers from around the world.

The low oil prices have put stress on many of the companies in this category and could mean changes in the future.

Ricchiuti doesn’t predict consolidation in this case. Instead, he thinks investors are waiting for some of these companies to declare bankruptcy so they can buy their equipment through the courts.

“On the equipment and service side, I don’t think you’ll see a lot of big companies buying up the little ones or anything like that,” he said. “What I think you’re going to see is some very courageous private equity companies come in to start buying equipment and assembling oil field services companies at rock bottom prices so that they could just get the equipment.

“So much money has been pumped into private equity by investors who couldn’t get the returns they wanted in the stock market that you’ve got private equity companies that have so much cash and they’ve got to put it to use.”