Louisiana’s In A Crisis: Time to Demand a Plan

If ever there was a reason for voters to wake up and get to the polls this October, this is it. Hardworking Louisiana citizens are losing jobs, people are fleeing the state, and economic growth continues to lag behind the rest of the nation.

While lower taxes and less regulation have helped unleash the American workforce to create jobs and opportunity across the nation, people across the Pelican State continue to suffer.

To be blunt, we are in crisis.

Let’s talk first about jobs, one of the best indicators of a state’s health. We are losing jobs – a lot of them. From July 2018 to July 2019, Louisiana lost 1,000 jobs – the only state to lose jobs over that time period. Every job loss represents one fewer table that gets food put on it. It likely represents one more new Texas license plate.

Of the twelve southern states, Louisiana is the only one with a receding labor force. Mississippi, that’s right Mississippi, created 19,000 more jobs than we did in the last year according to the Bureau of Labor Statistics. Texas created 335,600 more jobs than the Pelican State. Meanwhile, leaders from Baton Rouge are strangling Louisiana’s energy sector and demonizing our industry job creators. A new national study by 24/7 Wall Street found Lafayette’s metro area, the heart of our oil and gas industry, had the nation’s third-highest loss of jobs over the past five years, a stark contrast to 106 consecutive months of U.S. job growth.

Bottom line: the Texodus is alive and well.

Then as we zero in to the specifics of Louisiana’s oil and gas industry, there’s no way to sugar coat it: we are experiencing historically low drilling activity. Five active rigs in South Louisiana? To put this in context, when the crash in the 80’s hit Louisiana hard, billboards in Acadiana read – “Last one to leave, turn out the lights.” South Louisiana had over 55 rigs – ten times that of today – active on land and inland waters.

As further evidence of the critical status of the industry in South Louisiana, this August’s state lease sale boasted a shocking total of zero bids. Zero. This is simply unacceptable. In fact, the past 5 lease sales have netted less than $1 million. This represents huge losses in revenue for our state, that likely will have to be made up through increased taxes or reductions in services. With the handcuffing of our energy sector, our communities are weakened and our state is weakened. Enough is enough.

The silver lining here is that we are at a crossroads. We have an opportunity in 2019 to change course, to bring back jobs and elect leaders that can help rebuild Louisiana’s oil and natural gas industry.

In addition to state lawmakers, we will also elect parish councilmen, school board members, sheriffs, and even a Supreme Court justice. But no single decision will impact our economic future more than the choice we will make for governor.

So please join me in calling on the candidates to provide a bold, ambitious plan to bring back jobs and unleash the power of our state’s bedrock industry.

It is our duty to hold those asking for our vote accountable for the well-being of our hardworking citizens that make up Louisiana’s economy. All you have to do is take the time to ask them about their position on specific policy solutions. Ask them: What’s your plan to resurrect Louisiana’s energy industry? How will you work to bring jobs and investments back to South Louisiana?

Louisiana workers and families want to thrive along with the rest of the nation, instead of looking for work in Texas. Join us in talking to candidates and demand a plan.

Together, you and I – along with thousands of our friends and neighbors across the state – can break the broken status quo and bring jobs and opportunity to Louisiana. 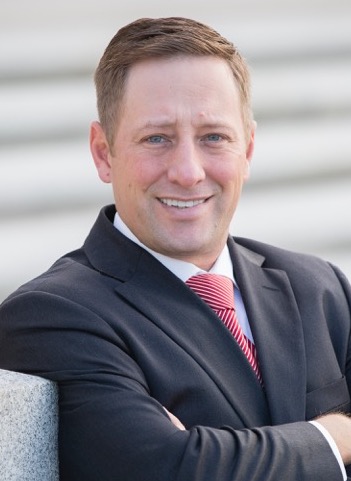 Gifford Briggs joined LOGA in 2007 working closely with the Louisiana Legislature. After nearly a decade serving as LOGA’s Vice-President, Gifford was named President in 2018.