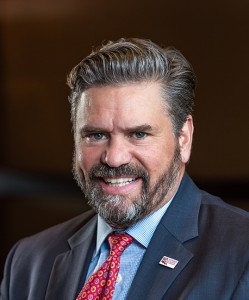 METAIRIE — The Louisiana Restaurant Association announced its 2022 volunteer leadership with Michael Boudreaux as its chair. Boudreaux has been in the business since 1997, when he began as the “Bloomin’ Onion guy” at the Outback Steakhouse. In the 30 years since, he has honed his restaurant business acumen at several notable Baton Rouge restaurants including Juban’s, Beausoleil, Christina’s and Adrian’s. Boudreaux now co-owns and operates SoLou Patio Restaurant Bar and will soon reopen the Capitol City staple Juban’s, which is undergoing a renovation and set to reopen in April 2022. He has served on the LRA’s Board of Directors since 2008 and has been active in the LRA’s Greater Baton Rouge Chapter for many years.

“The greatest value of LRA membership is access to unlimited industry-specific resources – from workers’ comp insurance to the ProStart program,” explained incoming Chair Michael Boudreaux. “There’s a wealth of information that helped guide me in the right direction as a young restaurateur, and now, I simply want to help others grow just like the organization did for me years ago.”

“I’ve known Michael for over 20 years, first as a competitor and later as a colleague on our LRA Board,” said LRA President and CEO Stan Harris. “Our leaders early in my tenure had their eye on him for future leadership and noted his friendly personality and willingness to get things done. We are fortunate to have him as our 2022 state chair and to quote LRA past Chair Peter Sclafani, ‘We want him to be Michael Boudreaux!’”