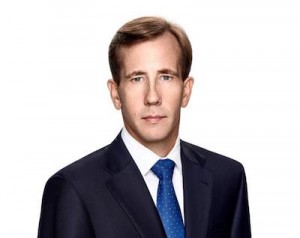 Hanna is the 115th president of the 140-year-old association, the official trade organization for Louisiana news publishers. His father, Sam Hanna Sr., was president of LPA in 1971-72, representing the Concordia Sentinel (Ferriday).

The meeting was conducted using video conferencing for the first time in the organization’s 140-year history, due to the COVID-19 pandemic.

Continuing to serve on the board are Dan Shea, publisher of The Advocate (Baton Rouge), The Times-Picayune/The New Orleans Advocate, St. Tammany Farmer (Covington), St. Francisville Democrat and The Watchman (Clinton); Wilbur Reynaud, publisher of Lutcher-Vacherie News Examiner-Enterprise; Norris Babin, co-publisher and editor, Plaquemines Gazette and St. Bernard Voice; and Barbara Leader, editor of the (Monroe) News-Star, Shreveport Times and (Alexandria) Town Talk, as well as for the USA Today Network of Louisiana.

Renette Dejoie-Hall, president and publisher of the Louisiana Weekly in New Orleans, will serve as Past President.

Hanna is also a co-owner of the Concordia Sentinel in Ferriday and The Franklin Sun in Winnsboro. The Hanna family has owned and operated newspapers in Louisiana since 1965.

USDA to Purchase $30M in US Shrimp for Food Program