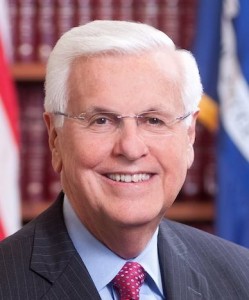 BATON ROUGE — Judge Timothy Kelley of Louisiana’s 19th Judicial District Court has issued a preliminary injunction that will temporarily prevent the Pennsylvania Commissioner of Insurance from implementing a plan to rehabilitate a failed Pennsylvania long-term care insurer that could have a negative impact on Louisiana policyholders.

Donelon’s office said the injunction will prevent SHIP from hiking rates and cutting benefits for Louisiana policyholders until the court issues its final ruling on whether SHIP can bypass Louisiana’s authority to set coverage terms and premiums charged to its residents. A final decision in the case is likely to be issued later this year. A similar ruling was issued by a South Carolina court last week for policyholders in that state.

“Pennsylvania’s plan to force Louisiana policyholders to pay for SHIP’s failure through rate increases and benefit reductions is totally without precedent in insurer failures and strips Guaranty Fund protection from innocent policyholders,” said Donelon in a press release. “The injunctions in Louisiana and South Carolina show there is real nationwide momentum for correcting this disastrously improper use of a rehabilitation proceeding.”

In addition to its ongoing case in Louisiana, LDI is leading a group of 27 states that filed an amicus brief in support of a challenge filed by Massachusetts, Maine and Washington in the Supreme Court of Pennsylvania that would declare the SHIP rehabilitation plan unconstitutional and block it from taking effect. In January 2020, SHIP was placed into rehabilitation by the Commonwealth Court of Pennsylvania with a projected $1.2 billion deficit.

“The most egregious aspect of Pennsylvania’s plan is that it would deprive 30,000 SHIP policyholders across America, who are on average 86 years old (premium paying) and 89 years old (drawing benefits), of their access to $800 million of Guaranty Fund protection in place in all 50 states that could be used to cover two-thirds of SHIP’s losses,” said Donelon.

Donelon said the SHIP rehabilitation litigation could have broad implications for Louisianians who have policies with other struggling long-term care insurance companies.