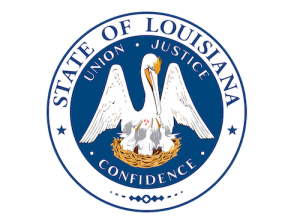 BATON ROUGE (The Center Square) — The Louisiana State Bond Commission on Thursday voted for the second consecutive month to delay approval of funding for a New Orleans electrical substation over local officials’ defiance of the state’s abortion ban.

Commissioners voted 7-6 to deny a request from the Sewerage & Water Board of New Orleans to borrow $39 million to continue the substation project. The commission voted 12-2 last month to do the same, citing promises from local officials to ignore Louisiana’s abortion ban.

Orleans Parish District Attorney Jason Williams also promised not to prosecute abortion providers, while Orleans Parish Sheriff Susan Hutson vowed to refuse to accept any person into custody at the Orleans Justice Center who is arrested for violating the abortion ban.

Paul Rainwater, lobbyist for New Orleans, argued that despite the defiance, “no laws have been broken at this point,” and the city’s abortion clinic is now closed.

“The council and the mayor and the sheriff made expressions that I think they felt like they had under the First Amendment, the right to make an expression based on what they believe,” he said. “And that’s kind of it. I don’t know what else to say.”

“The question I would have is: Would they rescind the resolution? Because the resolution says … that they will not enforce the laws of this state,” Landry said. “And quite frankly that is insulting to the taxpayers of this state who may not live in New Orleans and certainly to the legislators, many of whom sit on this committee and have toiled through bill after bill after bill creating public policy in this state.”

Rainwater countered that there are other ways to enforce state laws that don’t involve withholding funding for critical projects.

Rep. Jerome Zeringue, R-Houma, made the motion to defer the $39 million in financing until city and parish officials come to the bond commission to explain their position.

“Whether we politicize this or not, it still deals with the fact that the legislature passed a law and they’re … agreeing to not enforce that,” he said.

Matthew Block, the governor’s executive counsel on the panel, objected to the motion, arguing the issue is moot because there are currently no clinics in Louisiana performing abortions. Commissioner of Administration Jay Dardenne also objected.

“It’s a shame that we’re playing this game with these types of projects that are so important to the people of Louisiana,” Dardenne said. “Right now no law has been broken.”

The bond commission also approved a request from Citizens Property Insurance Corporation, the state’s insurer of last resort, to increase its line of credit to $125 million to help cover an influx of policies related to the collapse of numerous insurers in the state, in the event of a catastrophic storm.