In the online age, both banks and borrowers can benefit from a little face time.

Before the invention of the ATM, Americans had to take frequent trips to their bank branch in order to deposit checks, take out cash, and even check their account balances. At least once-a-week visits were commonplace. But by the early 2000s, with the advent of online banking, banks started to move customers away from the branch and toward a digital platform.

“I graduated from UNO in 1996 and wrote a paper about how, at that time, banks were trying to keep people out of the branch,” says Brice Howard, vice president of commercial loans at Fidelity Bank. “Everything was going electronic, and customers were being incentivized not to go into the branch. The big retail banks were even charging people to come into a bank and cash a check in person. They didn’t have to have as many tellers or as many physical locations; all the banks were trying to get lean and that’s where they were trying to make their margin. For 15 years we tried to keep people out of the branch, and now we’re trying to figure out how to get people back in. We realized you can’t cross-sell someone that you don’t see, or talk to.”

“Most people underestimate the value of having an established relationship with the bank they want to borrow from.” – Todd McDonald, Vice President of Strategic Management at Liberty Bank and Trust

“Unless a person runs a business and they want to have a relationship with a business banker, most people don’t want to come into a bank branch,” Howard says. “In the past we had coffee stands in the branch, television screens, couches, just to try and create an experience for people, and it didn’t really work.”

While community banks work to find a way to lure customers into the branch, potential borrowers may find that having a relationship with their bank could help increase their chances of being funded when it comes to applying for a loan.

“With big multinational banks, all business banking lending practices have moved to a scoring system,” Howard says. “So personal relationships don’t even come into play for them. As the regulatory environment intensifies, I think small community banks are really excelling because they’re providing an alternative for people who don’t fit the fancy risk models of a larger bank, and I think the smaller community banks rely more on those personal relationships.”

Whether there’s a personal relationship between a bank and a potential borrower before a lending process begins, the basics for obtaining a loan remain the same.
“All banks go through a standard application process,” says Todd McDonald, vice president of strategic management at Liberty Bank and Trust. “For small business loans, it all boils down to a business’ debt service coverage ratio and collateral value. Businesses will request an amount, but we have to be sure that they can afford the request that they’re making. In banking you can actually hurt the client if you give them too much, too little, or if you structure the deal wrong.”

What makes a borrower look good? First, the higher the debt service coverage ratio — ratio of cash available for debt servicing to interest, principal and lease payments — the better. Of course, strong financials and a solid business plan don’t hurt.

While most potential borrowers might think their tax returns and credit score are the most important part of having their applications approved, going above and beyond by providing the bank with additional documents and plans can help the bank feel more at ease when approving the loan. 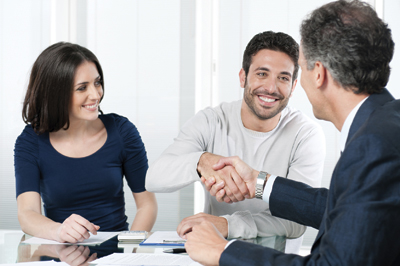 “That’s really what little banks are good at; they are all about relationships.” – David Crumhorn, chairman, president and CEO of Heritage Bank of St. Tammany

“You need to make the banker comfortable that you as the borrower have a plan for the proceeds, that you are capable of successfully executing the plan, have the cash flow to pay back the loan, and that you are ethical and trustworthy,” says Claude Silverman, CPA with Ericksen Krentel & Laporte. “Having accurate financial statements prepared on a current basis or even better, an audit, review or compilation report prepared by an Independent CPA in addition to presenting a clear and concise business plan that outlines the anticipated use of loan proceeds, helps banks gain trust. Providing operating cash flow forecasts to show your banker how the loan will be paid back over time helps as well.”

While some things are the same no matter where you go, it’s always best for borrowers to look first to a familiar face.

“Most people underestimate the value of having an established relationship with the bank they want to borrow from,” McDonald says. “If you have multiple deposits coming into a personal checking and savings, or a history of not bouncing checks, it shows the bank that you are a good choice to do business with.”

The face-to-face connection is where smaller banks can have an advantage with customers, and borrowers can reap the benefits. While large banks operate on the highly standardized scoring system to approve loans, smaller community banks are often willing to make exceptions for borrowers who don’t quite fit the ideal mold.

“We’re able to make decisions quickly and locally,” says David Crumhorn, chairman, president and CEO of Heritage Bank of St. Tammany. “You can walk in and see the chairman and CEO of the bank without too much of a problem.”

When it comes to a home loan, Crumhorn says his bank has a competitive advantage. “We make decisions here, and we hold most of our loans in portfolio, so it gives us the ability to be more flexible in our underwriting,” he says. “We can often get loans made and kept on the books that many other mortgage companies who sell their loans into the secondary market can’t, since those are very standardized.

Crumhorn says that if a borrower doesn’t fit a bank’s underwriting standards, they have no avenue to help you. “Whereas if you’re with us, and our board of directors determines that you’re a good risk, we will still make the loan.”

In this way smaller banks are able to help individuals and businesses that might not qualify with a larger multinational bank, and they’re able to compete in a competitive market.

“That’s really what little banks are good at; they are all about relationships,” Crumhorn says. “We can’t afford Samuel L. Jackson saying, ‘What’s in your wallet?’ We have to make personal relationships, and we have to make you feel at home when you walk in the bank. But at the same time, we still have to have the digital features that big banks have, but we also have to make it very personal.”

Even those who work in the banking industry tend to appreciate a personal relationship along with the quick and gratifying digital conveniences to which today’s bank client has become so accustomed. 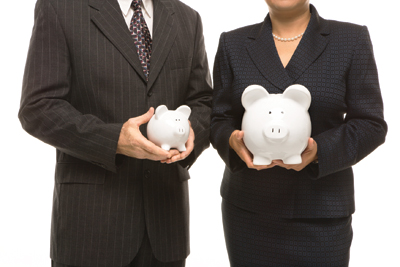 “When it comes to my own desires from a bank I’m with, I want a relationship with my banker,” says Hunter Hill, president of the New Orleans market for Iberia Bank. “I think that’s so important. I’ve seen businesses that are in a rough patch and typically those that have a good relationship with their bank have an easier time … the bank is willing to work with them, as opposed to a borrower that maybe wasn’t as keen on building a relationship with the bank, and was just looking for the cheapest loan, or lowest interest rate. If and when they need their bank to stand beside them during a hard time, even though the bank most likely would, it’s much harder.”

As the market continues to change, however, more and more banks are being merged into larger conglomerates.

“They’re so important to the community and to the market, but they’re struggling to compete. I predict a lot more mergers and acquisitions in the coming years, and I think that’s unfortunate.”

Customers still want the convenience of ATMs and mobile banking, though. “Unless a person runs a business and they want to have a relationship with a business banker, most people don’t want to come into a bank branch,” says Howard. “In the past we had coffee stands in the branch, television screens, couches, just to try and create an experience for people, and it didn’t really work.”

To find and keep customers, some banks use community events to put themselves out in front of the right audience.

“We try to make our bank very visible,” says Hill. “We try to partner up with charities and events, whether it’s Jazz Fest, or another local event that people in New Orleans identify with. Our goal is to support and be out there. As for our business-owner clients, if they don’t want to come into the branch or don’t need to, we go to them.”