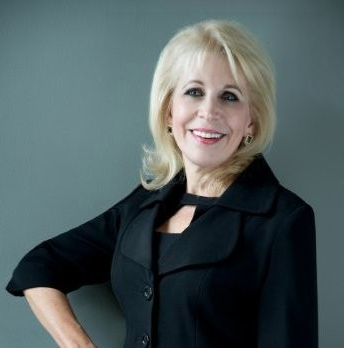 Lois Pendergrass, CIMA, a vibrant and successful member of the New Orleans business community, is working on one last project – The Lois Pendergrass Memorial Oak Fund.

“Once I found out, I worked for the next 10 days straight, while on morphine, transitioning my accounts and matching my clients with my co-workers,” said Pendergrass. “Grown men came into my office with tears in their eyes to say goodbye.”

With the little time 67-year-old Pendergrass has left, she, her three children, Helen, Lauren and Noble, and New Orleans City Park are working together on a project that’s taking root: The Lois Pendergrass Memorial Oak Fund.

“Earlier this summer, Lois received an unfortunate health diagnosis and went for a walk in City Park, as she often did in moments of reflection,” said Casie Duplechain, chief development officer at New Orleans City Park. “Walking a familiar path, she wondered if there was a way to give back to the Park that had been such a source of strength for her over the years. She contacted close friend Susan Hess, a member and former President of the City Park Board of Commissioners and an integral part of the restoration of the Park post-Hurricane Katrina. Together they’re working with the team at City Park to create an enchanting and reflective place for our community in honor of Lois.”

Now, in a wheelchair, Pendergrass can only reminisce about walking freely throughout City Park’s Couturie Forest and taking refuge under the foliage of the century-old trees. Duplechain said after Katrina, Couturie Forest became a sort of laboratory where one can witness the slow rebirth of a forest. She said with every visit you can see gradual, natural revitalization taking place, including the restoration of a tree canopy, the eradication of invasive species and the growth process of thousands of new saplings. She said Pendergrass has been a “tireless force” in the rebuilding efforts after the storm.

“At the site, a 300-year old live oak tree will be named after Lois with a plaque, and we’ll place two benches beneath it with inscriptions,” said Duplechain. “One bench, in particular, will be inscribed with a quote chosen in honor of her grandson, Beau Calvin. We hope to create a haven in honor of Lois in which her loved ones and individuals of our community can experience the power of nature in New Orleans City Park. This haven will represent a great initiative in supporting City Park in all of its maintenance and growth efforts.”

“You absolutely never know when you’re going to die,” said Pendergrass, contemplating her last wish. “But I decided I was going to use my time wisely.”

In her last days, Pendergrass is leading an effort to raise $45,000 for City Park to fund her project even though she knows she’s never going to stand under her favorite oak tree, to be named after her, again nor be sheltered by its shade sitting on those benches alongside her beloved grandson.

“No one gives you a guidebook on the best way to die,” she said. “You just have to figure it out. Some people would gripe and complain. Those are not the attributes I want to have.”

She started her career at Ernst & Young in the management consulting department managing oil and gas and government contracts. It was a career track traditionally dominated by male associates, but Pendergrass said she was determined to succeed.

“I was fearless,” she said. “And that enabled me to do so many things. I feel I added a lot of diversity in the field of consulting, and I always supported hiring other women wherever I worked. I consulted with executives in many industries and I even got to travel to oil rigs and platforms in the Gulf where I was the only woman on board. I knew I had abilities and capabilities, and I was pretty relentless doing the job right.

“Even when I was fighting breast cancer in 2010, I always worked and I never missed a meeting,” said Pendergrass. “I prided myself in being a consummate professional. I never let a client down.”

“Here at the firm we think about Lois every single day,” said Andrew Wisdom, president of Crescent Capital Consulting, LLC. “Lois was ahead of her time in the field, and she had such a tremendous level of commitment to her clients. Our job is to help clients invest their assets, and Lois cared about our clients not just as clients but as people. She always went above and beyond, and that’s not always the case in this industry.

“What she’s doing now says a lot about who Lois is,” said Wisdom. “We hope that over time lots of people get to enjoy the tree, the benches and the view because of Lois and her passion for City Park.”

A member of The Women’s Professional Council of Greater New Orleans, the New Orleans Regional Leadership Institute and numerous governmental and institutional boards, Pendergrass said she loved being a career woman and enjoyed dressing the part with an enviable wardrobe and fashionable high heels.

“Unfortunately, the cancer is making me swell,” she said, “but I always say ‘look your best, make the most.’ There have been people who asked me why I still bother putting on my lipstick because I’m dying. But that’s not me. A dear friend sent over a fashion consultant from Saks for a makeover a few weeks ago, and I bought two outfits. It perked up my spirits. Now, I can sit in my wheelchair and look very glamorous.”

“Lois has always been a bright, smiling face at our meetings with such grace and optimism for everything,” said Karen Copeland, executive director of The Women’s Professional Council of Greater New Orleans. “Lois tells a beautiful story of how at her hardest times, she has walked and let Mother Nature speak to her, and that she has found solace in the trees. It is her hope that others can sit under the beautiful oak trees at City Park and receive the peace and tranquility that she has always experienced there.”

“She sees the trees as the stalwarts of the city, providing shelter for man and creature alike,” said City Park’s Duplechain. “She also believes in the power of being surrounded by nature, in that it allows you to engage all five of your senses, which benefits our brains, bodies, feelings, thought processes and social interactions for the better.”

“I always had a ‘why not’ attitude, ‘why not give it a try,’” said Pendergrass. “I worked at executive consulting and went after what was really interesting to me. It had its sacrifices, but you learn how to balance motherhood and being a successful executive. Now, I’m proud to dedicate my time to my last charitable effort, supporting one of the city’s greatest public spaces, New Orleans City Park.”

To help Pendergrass achieve her lasting legacy donate to: 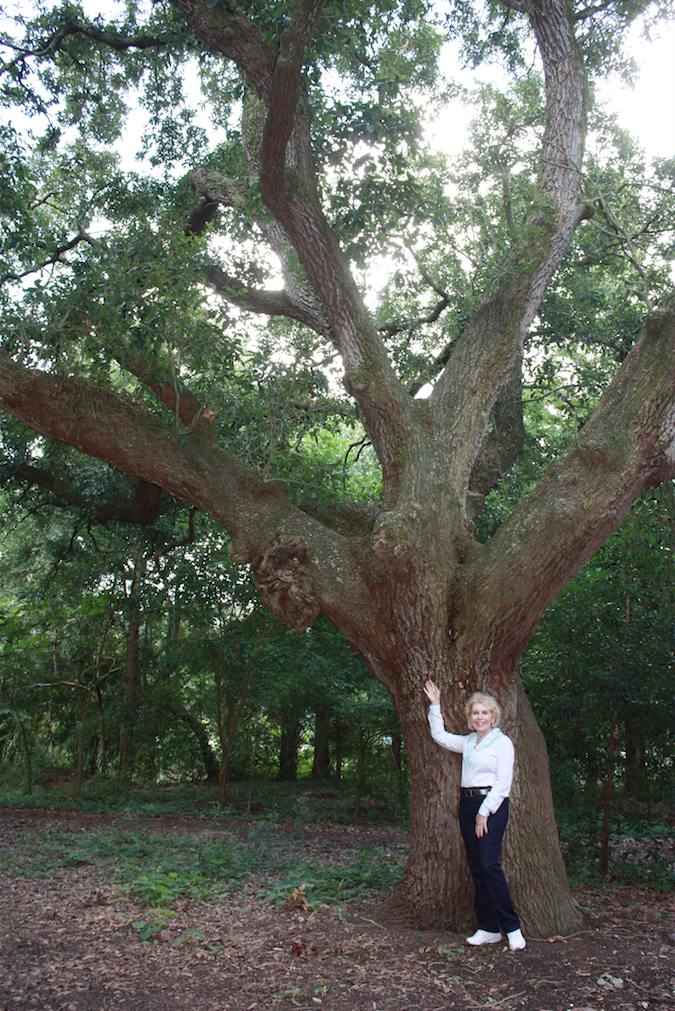 Lois Pendergrass stands in front of her favorite 300-year-old oak tree in New Orleans City Park’s Couturie Forest where two benches will soon be placed, thanks to The Lois Pendergrass Memorial Oak Fund, so that the community-at-large can enjoy a peaceful spot to sit, relax and reflect.