NEW ORLEANS – Now that the holidays are coming to a close, New Orleanians are turning their attention to more pressing matters: Mardi Gras, Jazz & Heritage Festival, and must-win Saints games, among other celebratory springtime events – all interspersed by weekend crawfish boils.

The garments are inspired by Latin American guayaberas and woven with a blend of linen and cotton, making them ideal for warm weather.

He launched the company nearly a year ago.

“The first shirt I did was a Mardi Gras design for Mardi Gras 2018,” he said, recalling how he gathered a group of friends for a photoshoot in the French Quarter, on a day when temperatures dipped into the 40s. “So as you can imagine, it was quite cold wearing a short-sleeved linen shirt, but it had to be done.”

After creating the Mardi Gras-themed shirt, which is available in purple and white fabric, he designed a “festival” shirt depicting images of brass band instruments and crawfish. 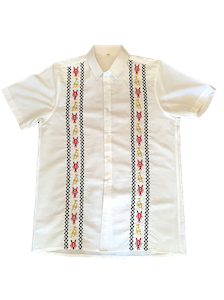 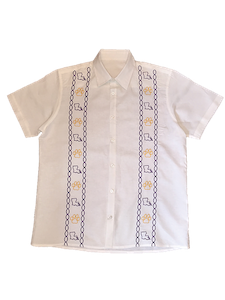 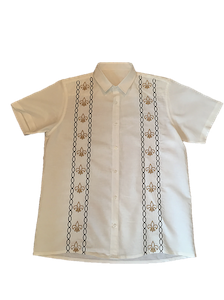 “Mardi Gras was pretty cold this past year, so I think that kind of tempered sales a little bit, but the Jazz Fest (festival) version sold well,” Schmidt said.

Schmidt, a native New Orleanian, earned an MBA from Tulane University. The entrepreneur hasn’t yet hired employees, but he gets help from his family – his two daughters, Caroline (9) and Ellie (12), and his wife Isabel, along with people from his extended family. 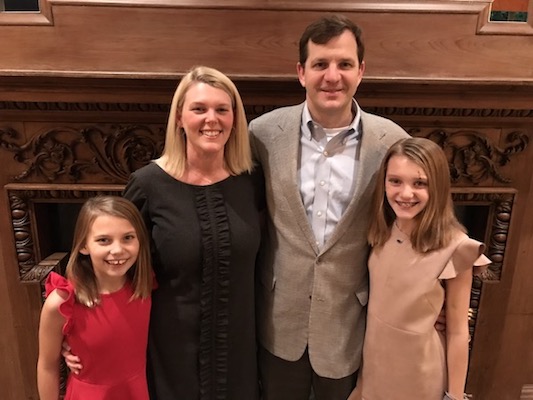 He mostly promotes his business through social networks and word of mouth.

And although Schmidt hopes to expand his clothing line by adding new designs and styles, he doesn’t plan on adding styles for women anytime soon – mostly because he’s unfamiliar with the “ladies fashion world.”

He also hopes to expand his company’s geographic footprint.

“We've done pretty well in our first year,” said Schmidt. “I'd like to make some designs that aren't tied to New Orleans as tightly as the ones that we have, and use designs that appeal to a larger market.”