Michelle Hirstius, creator of the “Juju the GOOD voodoo” franchise, released her 10th children’s book this year, and it’s about a little star who dreams of joining others who are woven into the fabric of the American flag.

“I’m a little star, just a little star. I wish and I pray to be a star on our nation’s flag someday!” writes Hirstius in “One Flag, One America (the story of the American Star).”

“I love my country, and every day I’m proud and blessed to be an American,” said Hirstius, who’s looking forward to spreading some pint-sized patriotism this Independence Day. “I decided to write a children’s book that expressed just that, pride for our country.”

“One Flag, One America” reveals why Old Glory has 50 stars and 13 stripes and is red, white and blue. Children who read the book also learn how to stand in honor of our flag, read The Pledge of Allegiance and sing The National Anthem to honor the country’s heroes responsible for their freedom.

Each patriotic page of “One Flag, One America” is illustrated in full color and is written in a way that makes it easy for parents or teachers to turn the story into a play for children to interact, participate in and learn together. There’s even a lagniappe nursery rhyme about this American star in the book.

Hirstius said she’s proud to express her love of country, of its Stars and Stripes, and honor those who have sacrificed so much so that we can wave our flag with pride. She dedicated “One Flag, One America” to all U.S. heroes in uniform with a special dedication to her grandfather George Hirstius, a Navy World War II veteran. In fact, her great grandfather Chief Warrant Officer Otto H. Hirstius of the U.S. Navy served for 50 years and fought in both World War I and II with all six of his sons.

Hirstius is donating 10 percent of the hardcover book’s proceeds to veterans’ charities.

“This educational and inspirational book makes it not only interesting, but fun for children and adults to learn the history of our nation’s flag,” said Hirstius. “In the end, the little star makes it to the nation’s flag teaching children to aim high and never sway so they can be like the star and reach their goals.”

“One Flag, One America’s” story sounds a little autobiographical.

In 2012, a little good fortune eventually came to the New Orleans native in the shape of a benevolent voodoo doll named Juju that Hirstius conceived out of a series of doodles.

A self-taught artist and writer, Hirstius started drawing in high school. After graduating from Marion Abramson High School in New Orleans East, Hirstius didn’t pursue art as a career, but whenever she got stressed out she tuned to drawing for relief, taking inspiration from comics.

“'Juju the GOOD voodoo’ doll seemed to just draw herself on paper,” she said. “And I said ‘Wow, she’s cute,’ and when I showed her to my friends they said, ‘Yeah, she is really cute.’”

She then imagined Juju doing New Orleans-type things around town, like riding the streetcar and spending time in the bayous.

Hirstius turned Juju into a children’s book character, and decided to use her to illustrate the misconception that voodoo was always bad.

“Juju comes to life with a good deed spell,” said Hirstius. “And she teaches children to do good deeds like she does. I bring a whole positive spin to voodoo to teach kids to do the right thing.”

It took Hirstius 20 minutes to write her first children’s book, “Juju the GOOD voodoo,” and after learning it could take more than a year to get it published through an established publishing house, she pursued self-publishing.

Hirstius founded Fleur de Dat, LLC in 2012 with only a $168 budget to publish 30 copies of her first release.

“It was a real struggle because I didn’t have the money,” said Hirstius.

“I was working for commission at this radio sales job, and had to sell my bed to invest the money I needed for my new publishing business. I slept on an air mattress for a year. I started this business from nothing.”

Juju’s good voodoo rubbed off, and Hirstius turned Juju into a popular children’s heroine who is now featured in a series of eight books including “Juju the GOOD voodoo,” “Juju saves Christmas in da Bayou,” “Juju’s NOLA ABCs and Fun Facts,” “Juju in Easterland? Who knew,” “Juju to the Rescue,” “Juju’s Numbers Cajun Nursery Rhyme,” “Juju meets the Rougaroo” and “Juju and Jazz in Courir de Mardi Gras Razzmatazz.”

Hirstius recently expanded her publishing imprint to include the 2017 release “Mr. Wacky Mustachey mustache you a question” and the 2018 “One Flag, One America (the story of the American Star).”

Hirstius’ catalog has earned an official certification as an “Official Cajun Louisiana Product,” and she received a Proclamation of Recognition from the City of New Orleans for her “Juju the GOOD voodoo” children’s book series.

“Not too many people can make a living off their passion and their dream that also puts smiles on kids’ faces,” she said. “Self-publishing is awesome, even though there are times I want to pull my hair out. I produced and manage my own website, I do all my own social media and make all the marketing phone calls. It’s just me and no one else. I have worked very hard for years to be able to make my books a full time career. It’s still a work in progress but I’m very proud to be a woman who owns her own business.”

“Now, I’m focused on standing tall for America and standing tall for our flag by teaching kids about the history and meaning behind the American flag through a little star’s dream to someday become a part of it,” said Hirstius.

“One Flag, One America (the story of the American Star)” is available on Amazon and etsy. 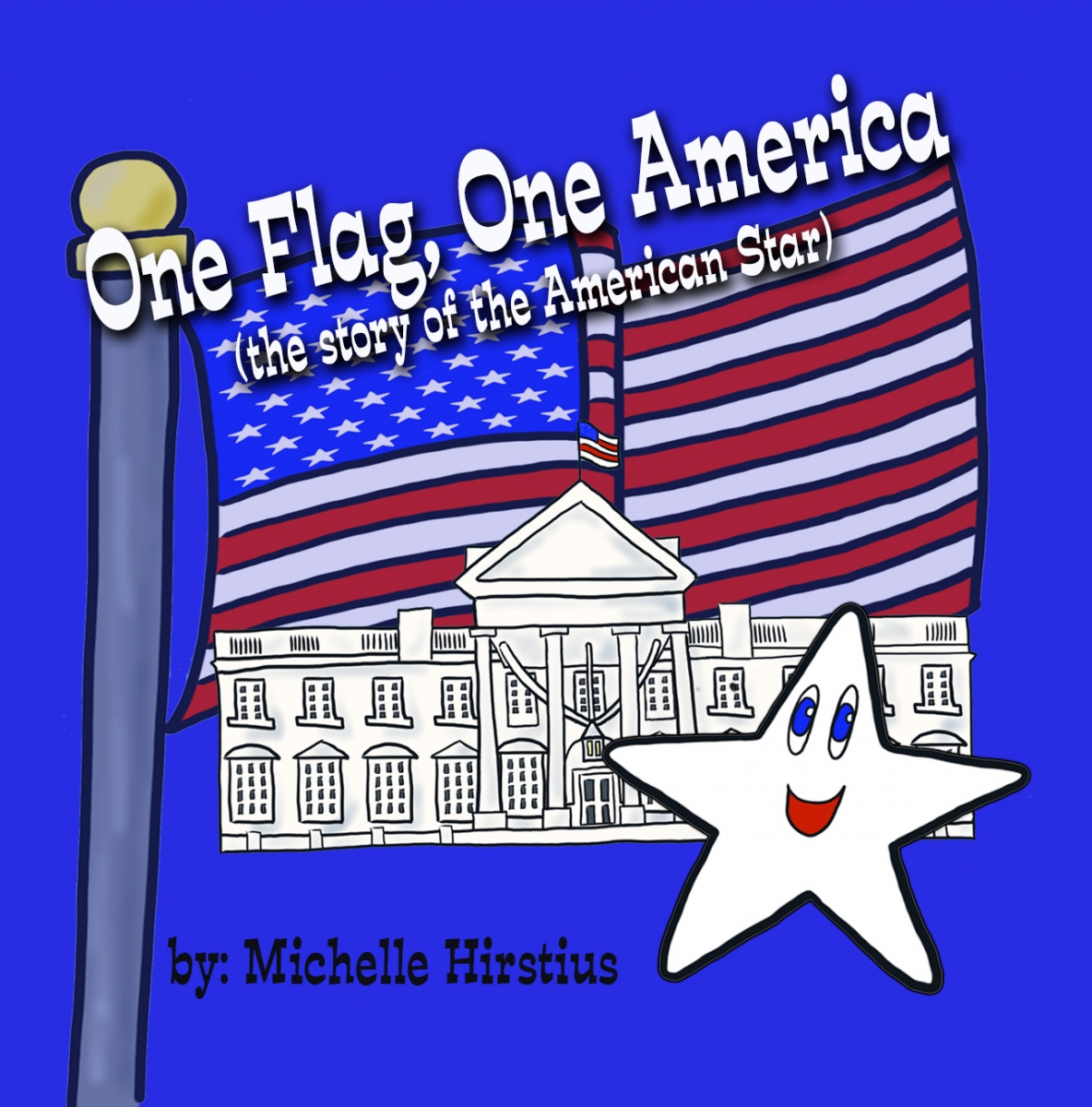