Lions and Pirates and Unicorns, Oh My!

It's Halloween. You and your family or group of friends are dressed as the cast of the “Wizard of Oz,” but there is a problem. There are not enough people to fill out each costume and you are left without a cowardly lion. What do you do?

More people are beginning to answer this dilemma by dressing up man’s best friend and bringing them along — especially millennials.

Millennials love their pets. In 2015, a report by London-based market research firm Mintel reported that three-fourths of Americans in their 30s have a dog. With this generation marrying, buying homes and starting families less than and later than generations before them, it seems their attention, and expendable income, is often going instead to their four-legged friends.

According to reports from the Washington Post, 76 percent of millennials said they are more likely to “splurge” on their pets than on something for themselves and Americans spent 11 billion on pet-pampering alone in 2015.

Local entrepreneur Allison Albert is capitalizing on this trend with her New Orleans-based pet costuming company.

Since it’s inception in August 2015, Pet Krewe has become the go-to place for pet owners looking to incorporate their cat or dog into costumed festivities, or just a typical day in New Orleans. 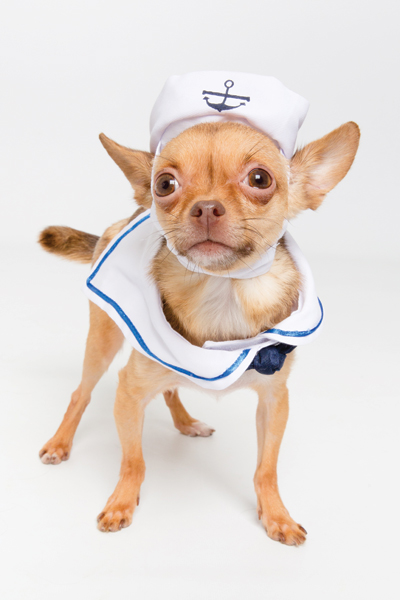 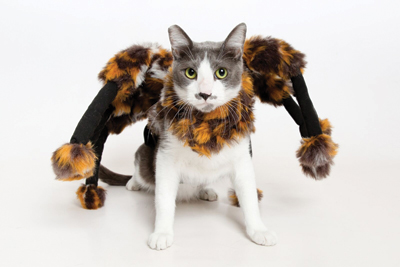 Albert’s first creation, a lion mane for cats and dogs, became the best-selling pet costume in the country in the company’s first year in business, reaching No. 1 in online sales on multiple e-commerce platforms and selling over 23,000 units. Albert’s designs are created to be both appealing and entertaining for humans and comfortable for animals. Quick release technology allows pet owners to easily remove the costume from an animal that may not be enjoying the moment.

In her first two years in business, Pet Krewe’s offerings grew (now including six different costumes for cats and dogs) and Albert has managed to position her company as a must-have partner for large retail giants. Chewy.com is currently Pet Krewe’s biggest online retailer, but Albert recently secured partnerships with Amazon, Walmart, Overstock and jet.com.

Locally, costumers can find her designs at Petcetera and Pet Asylum in the French Quarter.

This month, Albert is releasing her latest creation, a unicorn costume for both dogs and cats. She says she will be the only retailer, both online and in stores, with this costume option.

The unicorn costume is the first in what will be Pet Krewe’s new line of fantasy pet wear that will include mermaids and fairies. “People like the idea of fantasy,” says Albert. “It’s really popular and they like their dogs to be a part of whatever group theme they are doing.”

In addition to her online and in-store relationships, Albert recently received a partnership opportunity that she is hoping will skyrocket her company to the next level. After having her lion mane featured in OK Magazine last Halloween, Albert received a call from the company that produces the VIP and nominee swag bags for the Golden Globe Awards.

Noting multiple requests from attendees to include more pet-friendly items that didn’t resemble a bedazzled collar, the Golden Globe represented said they wanted to include Pet Krewe in the swag bags for the 2018 Golden Globe Awards, which typically contain a multitude of items from handbags and clothes to makeup and hair products. Not only are the bags handed out to every nominee, presenter and celebrity in attendance, but countless style and fashion blogs, websites and magazines list the products in print and online in the days following the awards.

It’s the kind of exposure every small business longs to receive.

Albert’s desire to sew for animals was something she developed in childhood.

Growing up in Lancaster, Pennsylvania, Albert attended a Mennonite school where learning to sew was a necessary skill. While other classmates were sewing practical household items, however, Albert was making sure her pets had appropriate outfits to wear. From dresses and collar accent pieces, to plenty of holiday outfits ­— think bunnies, turkeys and even a Santa outfit — her cats and dogs had garb for every occasion.

In 2011, Albert moved to New Orleans and her love of the city took strong roots. She briefly moved away in 2014 while working as a forensic accountant, but after a year away she decided it was time to move back to the city.

"For everyone buying Pet Krewe from out-of-town, it’s an invitation to be a part of our culture."

In March 2015, Albert was involved in a tragic car accident that broke many bones in her body. After six weeks of being unable to work and live the life she wanted to lead, Albert decided to do something drastic — she bought a one-way ticket to Peru. The country was a favorite of her grandma, who visited over 120 countries before her death, and Albert planned to spread some of her ashes on Machu Picchu.

While at a retreat center in Peru, Albert says she had a dream about the homeless dogs in the local community. In her dream the dogs were dressed in costume, bringing joy to the people in the city. Ultimately, the dog’s costumes helped them find homes. Albert knew she had to bring her dream to fruition and, with the help of another friend at the retreat site who happened to run a successful online swim cap business, Pet Krewe was born.

One would think that New Orleans, with its love of costuming, would be one of Pet Krewe’s main markets, but instead Albert says sales are biggest in the suburbs of New York and Los Angeles.

New Orleans does, however, have the kind of reputation that Albert says draws buyers in.

“For everyone buying Pet Krewe from out-of-town,” she says, “it’s an invitation to be a part of our culture.”

Outside of the US, however, the trend has yet to really catch on. “Pet costumes are interesting in that it’s really an American phenomenon,” says Albert. Europe, she says, is always a few years behind America when it comes to certain trends — which leaves her with a large potential future market.

Working out of her New Orleans Home, Albert is a fierce one-woman show, who makes it her mission to employ the help of other local female entrepreneurs when seeking needs like photography and assistance with social media and branding. She says her typical day varies depending on the month, with September through November considered her “no sleep zone.”

During those months, Albert spends her days checking her online listings — ensuring her designs are not being hijacked by other companies during the peak Halloween season — and cranking out social media posts and promotions on her Facebook, Twitter and Instagram pages. She also creates new deals for the “off season” after Halloween and spends time brainstorming her next big design ideas. 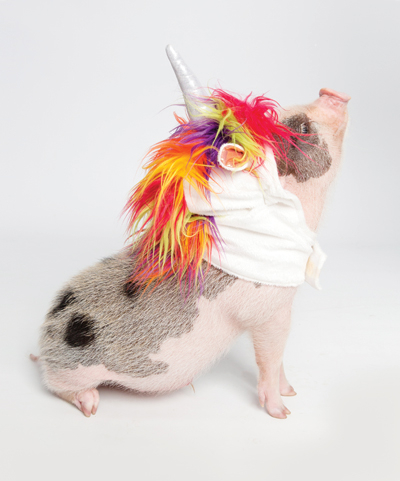 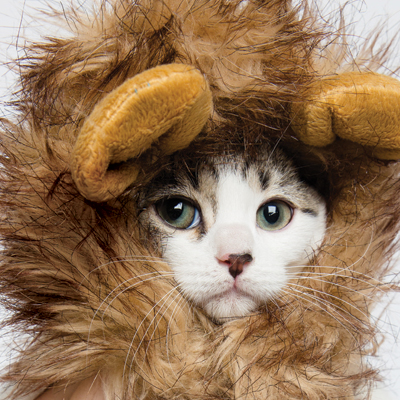 Her ideas, Albert says, come from what’s trending currently. She looks at the best sellers nationally for men, women and children’s costumes, as well as what’s trending in the world in general — which currently includes an obsession with mermaids and unicorns.

Though she outsources her manufacturing to Asia, Albert creates all of her designs and prototypes here in New Orleans. Each prototype is sewn by hand by Albert and size matched to industry standard sizes for dogs and cats. In addition to her quick-release technology, as she continues to develop new designs and prototypes, Albert will be implementing drawstrings to ensure the correct size and comfort for bigger dogs because she feels, “big dogs are often left out on the fun of costuming.”

Albert has made efforts to ensure a win for Pet Krewe is a win for animal shelters. The designer takes her outfits to shelters like the Jefferson SPCA and Zeus’ Place and uses their adoptable cats and dogs as her models. The shelters then get to use the images as the pet’s adoptable photo on their website.

Albert shared the story of Lopez, a three-legged pitbull, who was considered to be unlikely to be adopted. After the picture of Lopez dressed in the best-selling lion mane hit the SPCA website, he was placed in a good home within a week.

With each pet costume purchased from PetKrewe.com, or any of the company’s online retail partners, Albert gives 10 percent back to local animal shelters around New Orleans. So far she has donated close to $15,000 to local shelters.

Albert’s current goal for Pet Krewe is to get more of her costumes in actual brick and mortar stores, including national chains like Walmart, Party City and PetSmart. As she grows and expands, Albert says she is trying to build the company to be turn-key so she can eventually sell.

For Albert, Pet Krewe has always been about sharing her adopted home’s love of costuming with the world — be they two-legged or four-legged.

“Whether you’re in a Barkus parade with thousands of people watching you or you’re at home in LA having a canine carnival or feline fiesta,” she says, “Pet Krewe wants to invite everyone to unleash their own parade.”

Pet Paraphernalia Brings in the Bones

In the biggest e-commerce acquisition in history, this past April PetSmart acquired chewy.com, an online pet retailer, for $3.35 billion– $50 million more than Walmart’s purchase of jet.com.

Millions of Americans will spend an estimated $69.4 billion on their furry friends by the end of 2017.