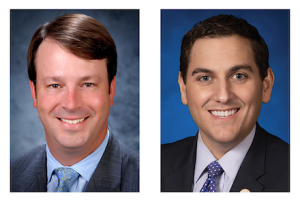 The Ernest N. Morial New Orleans Exhibition Hall Authority (“Authority”), the governing board of the New Orleans Ernest N. Morial Convention Center, has announced that Melvin Rodrigue, the Authority’s longest running Chairman, is stepping down to focus on his duties as Chairman of the National Restaurant Association as they weather the COVID-19 crisis. Rodrigue will remain as a Commissioner, replacing Steve Pettus. Governor John Bel Edwards named, , a former State representative and the current general counsel for New Orleans & Company, to succeed Rodrigue as Chairman of the Authority.

In his twelve years of service as Chairman of the Authority, Rodrigue has been at the forefront of discussions and major legislation changes that have allowed for increased investment in the city’s critical infrastructure, and lead the Center through a period of extraordinary growth, spearheading a five-year $557 million comprehensive renovation and modernization plan now underway that will establish the Convention Center’s competitiveness for years to come.

Highlights of Rodrigue’s tenure as Chairman include:

“Melvin’s visionary, and selfless commitment to the success of not only the convention center but the entire hospitality industry in New Orleans is something that stands as a national model to be admired.  Rarely has there ever been this level of performance and length of commitment by a chairman of an enterprise such as ours in this country. Not only does our company offer him its gratitude, but the entire national tourism industry that has been positively affected by his leadership.  We continue to be motivated by the pursuit of the vision that you have led us toward,” said Mike Sawaya, President and General Manager of the New Orleans Ernest N. Morial Convention Center.

Louisiana Lawmakers Near End of Session, Ready for Another

Week in Review: Legislature in Action, Saints Season Under Discussion ... and Cars Banned from the Quarter?