NEW ORLEANS – Robért LeBlanc of LeBlanc + Smith restaurant group said the challenges of reopening during the pandemic have inspired the company to reinvent its business model. The biggest change? All workers are now full-time employees with a base salary of $30,000 plus insurance. And, instead of focusing on just hosting or serving or cooking, workers now share the responsibilities of running a restaurant, from hospitality to washing dishes. 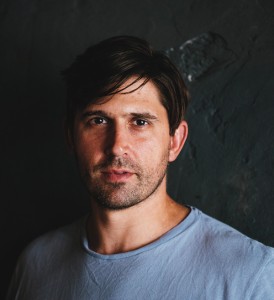 “We knew the reality facing our industry is that we had to survive on 50 percent of our normal sales so we created a model that will allow us to do so,” said LeBlanc, whose company operates the stylish restaurants Sylvain, Meauxbar, Cavan and Longway. A fifth establishment, Barrel Proof on Magazine Street, hasn’t yet reopened. But LeBlanc + Smith’s latest project, Hotel Chloe on St. Charles Avenue, is scheduled to debut in August.

LeBlanc said the new business approach is inspired by Toyota’s famous “lean production system,” which emphasizes eliminating waste and constantly improving processes. The pandemic provided time for him to research the system and figure out how to modify it for his business. It will be an especially useful tool in the toolkit considering the company is now operating with about a third of the 150 employees it had on the books before the pandemic.

“I looked at our operating model and saw that we were asking our team members to do a lot of wasteful things that aren’t really necessary to the overall success of the business,” said LeBlanc. “So we essentially stripped out 75 percent of that and created a very lean model.”

One area to improve? Just about everything that usually takes place when a customer walks into a typical sit-down establishment.

“At a restaurant, here’s what typically happens,” said LeBlanc. “You check in with the host, who says hello and then seats you at your table. Then a server drops off water and a cocktail menu and disappears for three or four minutes and then comes back to get your cocktail order. That order goes to the bar, where the bartender makes it and puts it on the pass. The server finishes dealing with another table and then he or she picks up those drinks and delivers them to you.

“What we do now is when you check in with the host, you put in your first order of drinks and food and it goes to the kitchen immediately and you get your order within five or six minutes of arriving at the restaurant instead of 12 to 15 minutes.”

LeBlanc said his restaurants have streamlined the process of ordering the remaining courses as well. Servers enter information directly into a handheld device that sends the details to the kitchen instead of writing on a notepad and then re-entering it at a separate terminal. The new system reduces the potential for human error and saves time.

In addition, before the pandemic, LeBlanc + Smith restaurants used “point of sale” software systems from several different vendors but now they’re all using software provided by just one: the technology startup Toast.

LeBlanc said his company has identified ways to improve efficiency in every aspect of the business. Perhaps the most dramatic change in the status quo is the way it pays its employees.

Pre-COVID, the company did what most restaurants do: waiters got an hourly rate that was less than minimum wage but then they’d get the lion’s share of tips. Hosts would get a higher hourly rate but less of the tips. Back-of-house employees (kitchen staff), meanwhile, made closer to $14 or $15 per hour but didn’t share any of the tips.

This is how it’s been done for a long time – but that doesn’t mean it’s the best way. LeBlanc said he’s rather try something new than to just cut costs or hope that things magically return to pre-COVID conditions.

“Before the shutdown, in one of the best economies we’ve had in a long time, restaurants were still struggling,” said LeBlanc. “Nobody was really making great profit margins and you still had the concern of people not making livable wages. You had a lot of issues around equality between front of house and back and house and the disparity of pay between the two. And you had the problem of people not having health insurance.”

Now, all LeBlanc + Smith employees have salaries and benefits. The front of house and back of house share tips.

“Frankly, I don’t want to go back to doing things the way we were before. It wasn’t a great way to live or run a business,” said LeBlanc. “We treated people well but we didn’t really train or develop them or provide great growth opportunities … because we didn’t know how and didn’t have the bandwidth to do that. Now we feel like everybody’s ‘on the schneid’ anyway, so we might as well reopen the way we want to reopen.”

One benefit of the new compensation system is that it eliminates a lot of red tape.

“Now that we have this salary situation, there’s no need to analyze hours on payroll,” said LeBlanc. “It’s an example of how you can eliminate an administrative requirement to save people’s time. The five or six hours a week they were spending on payroll is all gone. So that’s time they can use that to read a book, create a training protocol or visit neighbors and tell them what we’re doing at Cavan and Sylvain. It can allow them to do so many things that engage their heads and hearts and not just their hands.”

Overall, said LeBlanc, the goal is eliminate unnecessary efforts so that employees can be free to do things that “really move the needle.” He wants his team to be able to “create great dishes, learn about the wines on our list or sincerely greet a guest without being overwhelmed or having anxiety all over your face because you have a million things to do.

“I feel like we have a social responsibility to improve the quality of lives of the people with whom we work and the people we entertain but as a business owner I think you can do that while also being a profitable business.”