NEW ORLEANS – Restaurateur Robért LeBlanc, of LeBlanc and Smith, announced this week that he is closing Cavan Restaurant and Bar (3607 Magazine Street) even as he’s preparing to open a new spot, The Will and the Way, in the former Longway Tavern building.

“In the wake of Hurricane Ida and after a prolonged period of instability in our industry, we have made the decision to close Cavan,” said LeBlanc. “This decision was not made lightly – in addition to damage sustained to the building, we unfortunately do not have the human or financial resources to reopen.”

The online announcement was met with an outpouring of sympathy and well wishes from fans of the modern Southern restaurant that opened in 2016 in a converted 19th century townhouse. 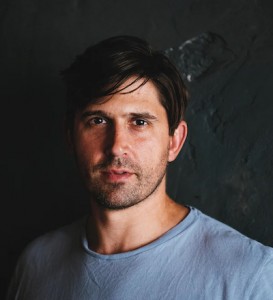 LeBlanc said the space may be available for special events. All employees were invited to move to other LeBlanc and Smith establishments, which include The Chloe, Sylvain, Anna’s and The Will and the Way, which LeBlanc said will be able to open in Longway’s former digs at 719 Toulouse Street because of a federal Restaurant Revitalization Fund grant. Funding didn’t come through for Cavan or any of his other spots.

“We are grateful for what we got at Longway, but the need was equally great at all of the spaces,” he said. “We took on a ton of debt to get reopened and through the first six months. … It’s really difficult to continue without taking on dangerous and overbearing levels of debt, which we just are not willing to do.”

Perhaps fittingly for the times, LeBlanc’s vision for The Will and the Way involves less food and more wine.

“Its setting is closer to a lobby where guests can get comfortably lost for hours, whether eating, drinking, working or just hanging with friends,” he said. “While there will be food, it will be less substantial than Longway’s, which always felt more like a restaurant than we ever intended.”

This is the second time in a year that LeBlanc has announced the end of one venture and the beginning of another. In October 2020, he closed the French Quarter bistro Meauxbar at the same time he was opening The Chloe, a 17-room boutique hotel on St. Charles Avenue that’s become a popular gathering spot and earned mentions from Condé Nast Traveler, Travel + Leisure and other national media outlets.

The moves reveal an entrepreneur willing to keep making bets even as New Orleans has weathered four COVID spikes and two hurricanes in the last 18 months.

“It’s tough,” said LeBlanc. “Prior to COVID, Meauxbar, Cavan, and Longway were all stable and profitable businesses, so closing them now feels hollow. But the reality is that COVID has changed things dramatically and we have to adapt. We opened Chloe as we closed Meauxbar because we had been working on it for two years and it was time to just get open. With Longway, we own the building and we were going to have to figure something out. Getting the revitalization funds gave us the means to safely reopen at that location, albeit with an idea that we think will resonate more than Longway would have in a post-COVID world. … As painful as it is to close, there is always learning, growth and strength that comes from failure. This, too, will make us stronger.”

Early in the pandemic, Leblanc announced a new operating model designed to function with fewer employees making more money and taking on more responsibility. He said he’s had to make adjustments along the way but it’s been a success.

“It’s still working well,” he said. “Our payroll is nearly the same as it was prior to COVID with 40 percent fewer team members, so we are paying more across the board. The tip sharing among the front and back of the house makes for a more equitable structure as well. We have learned, though, that flexibility is really important to our team and many of them preferred to switch to an hourly wage (albeit a much higher one than prior to COVID) so they had flexibility in their work week as opposed to earning a full salary for a 40-hour work week.

“All in all, though, while our labor costs have been higher as a percentage of sales than prior to COVID, our teams are fantastic and have been doing incredible work amid nearly impossible circumstances while also having more fulfilled personal lives. That was our ultimate goal and it has worked as a business model.”