In the wake of the Baton Rouge flood, insurance experts weigh in.

After Hurricane Katrina, many New Orleanians learned the value of flood insurance. And now, disaster has struck our neighbors to the north. The preliminary analysis of the cost of the Baton Rouge flood may be as much as $30 billion, according to the Baton Rouge Area Chamber. In an August report, BRAC also noted that only a small percentage of homeowners had flood insurance.

Flooding and other water-related damages are common exclusions in almost every homeowners’ insurance policy. However, every home lies in a flood zone of some type and runs the risk of experiencing a flood, even one caused by an overloaded drainage system. Many flood-related claims have been known to occur miles from the nearest body of water.

“If anyone is wondering if they should have flood insurance, the official answer is if your home is in an A zone, your mortgage company is going to require you to carry flood insurance,” said Betsy Clement, producer with Gillis, Ellis and Baker. “The better answer is that everyone in South Louisiana should have flood insurance. If we learned anything from the recent flooding in Baton Rouge, it’s that living in an area that ‘doesn’t flood’ doesn’t mean you won’t flood. If we get 26 inches of rain in New Orleans like they got in Baton Rouge, we are going to have flooding. The only people I would give a pass to are those in apartments or condos several stories up, but still, never say never.

Not just for homeowners, Clement says businesses should absolutely have flood insurance as well if they own property or merchandise. “But flood insurance will only pay for the damage a business incurs, not for a business to pick up and move to a new location,” she added. 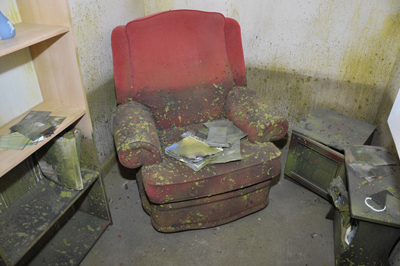 “Louisiana is the No. 1 recipient of flood insurance claims to the amount of $16.7 billion and climbing, considering the recent Baton Rouge event,” said Dan Burghardt of Dan Burghardt Insurance. Texas and Florida are in second and third place. “My concern is the percentage of homeowners who feel that they are safe in a ‘low-risk flood zone,’ when in reality 30 percent of flood claims occur in low-risk zones, as is the case in Baton Rouge and the surrounding parishes that were so seriously impacted. Another issue that concerns me is that flood insurance is not always required by mortgage holders and lending institutes in preferred-risk zones, which include A, C and X zones. When a new homebuyer receives their loan requirements … it clearly states that flood insurance is not required when a home is in one of those zones. This, I feel, is one of the biggest contributors [to why] 75 to 80 percent of the homes in the recent affected areas had no flood insurance in force.”

Newly issued flood policies have a 30-day waiting period, so experts advise homeowners not to wait until the next storm is brewing before deciding to purchase a policy.

“In South Louisiana we have two flood seasons: hurricane season and in the spring,” said Tommy McMahon, president and CEO of Eustis Insurance.

“I can’t emphasize enough the importance of having flood insurance. Really, anyone that is around a body of water can flood — it just takes a surge or a backup or a levee breach. Why risk your largest asset – your home? You never want to be in the position of not being covered if there is a flood and you lose your home. Really, the bigger issue is why more mortgage companies do not require flood insurance. Our company will not even sell a homeowner’s policy if it does not include flood insurance — that is how important we think it is. If the buyer does not want to buy the flood insurance along with the homeowners’ policy, we will send them on to one of our competitors.”

Flood zones (and flood maps) change over time, and as such property that was not included in a flood zone when it was originally bought doesn’t mean that it still isn’t in one today. Luckily, it is easy to find out if a property is at risk of flooding. Visit FloodSmart.gov and type in an address; the site shows if a property is in a flood zone as well as discloses information about risks and premiums. In addition to checking the website, it is a good idea for homeowners to thoroughly research the property to confirm the current flood insurance. Consult a knowledgeable agent and consider getting a second estimate.

“If you are in a B or X zone, you’re going to receive a preferred flood rate of about $500 a year for max limits,” Clement said. “That’s really as good as it gets. If you are in an A flood zone or another high-risk zone like V or VE, you are rated based on your actuarial elevation, which is how far above or below your area’s base flood elevation your property sits (BFE is the elevation that floodwaters are estimated to have a 1 percent chance of reaching or exceeding in any given year). If you have a positive elevation, your rate is going to be within a couple hundred dollars of the preferred rate. If your elevation is negative, that is when costs start to go up exponentially. We’re potentially talking thousands of dollars. 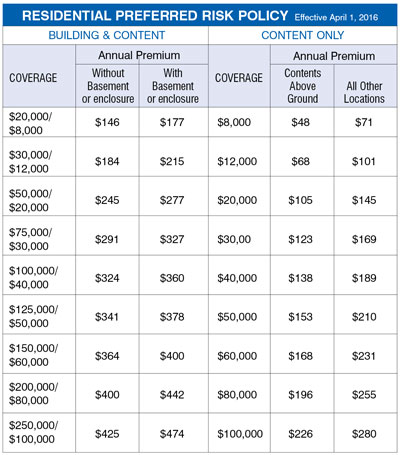 Clement explained that a property’s actuarial elevation is determined by a flood elevation survey. “I recommend that all of my clients who think they may be positively elevated pay the $250 to have a survey done,” he said. “I’ve seen savings of $3,000 a year just because the homeowner had a survey done that proved they were above BFE.

“On the flip side, if you have a basement or other subterranean space, the chances of you having a positive elevation are slim, and you should accept the area rate rather than your actuarial rate to save some money,” she added. “I also want to point out that measurements are taken from the lowest enclosed space, so if your house is raised but fully enclosed or insufficiently vented, the floor of that crawl space becomes your measuring point and you’ll be assigned a falsely low elevation. It can be very easy to add venting; sometimes it’s just a matter of removing bricks from the enclosure. So research what can be done to change that lowest point from the ground to the first floor of your actual living space. Homeowners can also play around with deductibles to achieve a lower premium, but remember that deductibles apply separately to the dwelling and contents coverage, so a $5,000 deductible really costs you $10,000 out of pocket — $5,000 toward the dwelling and $5,000 toward the contents.”

FEMA’s new flood insurance maps for Orleans Parish went into effect Sept. 30, and that could translate to a possible savings of hundreds of dollars for property owners. According to Cynthia DiVincenti, vice president of government affairs and business quality for AON National Flood Services, the map from FEMA’s NFIP shows that about 50 percent of all properties have been removed from special flood hazard A zones and reclassified into non-hazard X zones because of internal drainage work and improvements to the hurricane levee system made by the U.S. Army Corps of Engineers since Hurricane Katrina. For $250,000 of insurance coverage, this reclassification reduces the premium by about $500 a year. The average flood insurance policy in September 2015 cost $961, FEMA officials said.

Homeowners whose home were reclassified in the X zone “are not required to have flood insurance, but they can get it at a very cost-effective rate right now,” DiVicenti said. “Mapping is currently being done to rezone Jefferson and St. Bernard parishes and is expected to be released sometime in 2017.”

“No matter what parish a person owns in, they should remember that just because they aren’t required to buy flood insurance doesn’t mean they won’t need it someday,” added Clement. “If there is anything good that came out of the Baton Rouge flooding, we all saw firsthand the real risk of flooding and should not let our guard down.”