They’re young, they’re passionate, and they’re determined to guide New Orleans into the future of healthcare.

The stress of managing a major healthcare organization is unrelenting. CEOs and COOs must deal with continued cuts to reimbursement, staffing shortages, a strict regulatory environment, competitive markets, consolidation, and the ability to adapt quickly as the environment changes around them.

According to Hospitals and Health Networks, a website that follows the healthcare industry, an estimated 300,000 people worked as medical and health service managers in health care in 2013, and about 114,000 of those worked for hospitals, according to the U.S. Bureau of Labor Statistics. But trends show that more than 2.5 million baby boomers working in health care today are beginning an exodus from the system, and shortages are hitting all segments of the healthcare workforce.

This has prompted companies to seek out Gen Xers and millennials to fill these positions as boomers leave. Hospitals are hiring young up-and-comers for executive positions to round out their leadership teams.

Here in New Orleans we have some distinguished examples of young executive administrators making a huge contribution to the area’s healthcare landscape. 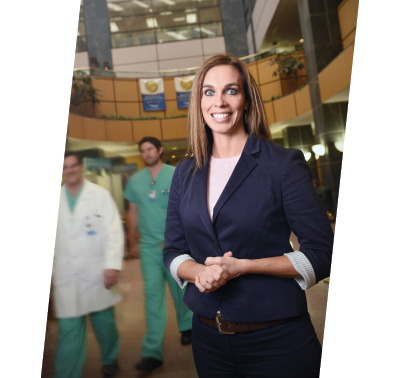 When Beth Walker arrived from Ohio at New Orleans-based Ochsner Health System in 2001 to begin an administrative fellowship, the organization consisted of only one hospital. Now, 15 years later, it’s the largest private not-for-profit healthcare system in the region and treats patients from 94 locations, including 28 hospitals and more than 60 health centers.

“I’ve grown up in the Ochsner system,” she says. “I thought I was going to do a yearlong internship but I was at the right place at the right time. I truly love my job and Ochsner.”

When Hurricane Katrina hit in 2005, Walker was about three months into her job as manager of general internal medicine at Ochsner. For three weeks, she remained at the facility around the clock to coordinate inpatient, outpatient and long-term care for patients.

Over the past 11 years, she has served in various roles, from manager of internal medicine to vice president of operations for women’s and children’s services. In February 2013 she accepted her current position as chief operating officer.

Walker has a degree from Harvard Business School Executive Education in managing healthcare delivery and a master of health administration. She says her ability to build strong teams and relationships has served her well.

“You can’t be a leader if you don’t have followers,” she says. “I believe it’s important to stay focused and ensure my leaders are focused as well. There are so many things going on at every moment that it’s easy to get overwhelmed or lose sight of the most critical issues.”

Walker also believes it’s important to be clear on your goals and objectives, and that everyone on her team is aligned for success. She thinks that one mistake younger CEOs can make is getting caught up in titles and self-imposed time frames.

“They can be too set on a straight line to a goal, not recognizing the many paths that can get you there and may, in the end, even get you there faster,” she says.

Walker notes that many people have had an influence on her and that her leadership style is a melting pot of many great leaders with whom she’s had a chance to work, not just throughout her career but also growing up through sports, community involvement and a strong, supportive family.

“Warner Thomas (CEO of Ochsner Health System) has been involved in my career since I started as an administrative fellow in 2002,” she says. “He’s been so supportive of me and believes that young administrators can have talent, skills and aptitude to get the job done. I have learned so much from him and continue to be grateful for the opportunities he’s provided me and the strong mentor he continues to be.”

She knows that the healthcare landscape is changing quickly and that to be successful she needs to be proactive. Her goals for her clinic include to continue to provide quality care for the community and make sure that that care is accessible to all local residents.

Alton Ochsner and four colleagues opened New Orleans’ first multispecialty group practice in 1942. Today, Ochsner Health System is one of the largest independent academic health systems in the United States and Louisiana’s largest nonprofit health system. Ochsner manages 28 hospitals and owns, manages and affiliates with more than 60 health centers. The system has 17,000 employees, including over 2,500 affiliated physicians in more than 90 medical specialties and subspecialties. 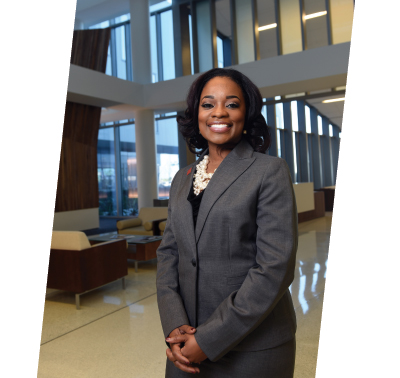 A New Orleans native who has spent the past decade working for the state health department, Dr. Takeisha Davis took over as CEO of the 80-bed New Orleans East Hospital on January 11, 2016. In her new role, she works for New Orleans-based LCMC Health, the company that operates New Orleans East Hospital. Davis oversees nine regional offices and 68 parish health units. She has extensive experience in clinical care, community engagement and healthcare systems management.

“As a leader, I want to provide and create opportunities for my staff and our providers so we can continue their education and gain experience with an emphasis on experience,” she says. “I think it’s also important to be visible and approachable.”

Before this new assignment, Davis served as director of Louisiana’s Center for Community and Preventable Health and medical director and assistant state health officer for the Office of Public Health. She earned a doctor of medicine degree from Johns Hopkins University School of Medicine and a master’s degree in public health from Harvard University.

The $130-million New Orleans East Hospital opened in July 2014 and provides healthcare services to the residents of eastern New Orleans, Gentilly and the Lower Ninth Ward. Davis is very involved in engaging the community — everyone from business leaders, to schools, to public libraries — in making the hospital a success.

“We want to make sure we’re meeting the needs of our residents and finding how our community resources can be used effectively to help the community,” she says. “It is so important to be strategic about partnerships with everyone from primary care physicians to pharmacies.”

She also notes there have been recent changes in the way health care is provided.

“We’ve seen a robust increase in our work with patients in acute care using telecommunication,” she says.

One of the challenges Davis sees in the industry is the shift to a value-based business model.  Hospitals are moving more and more into prevention.

“We are seeing less people in confinement in our hospitals,” she says. “Today’s CEOs in the healthcare industry need to be strong and stay strong. They must step outside the hospital’s walls. We need to rescript our involvement in the community and be more engaged in helping to educate the public to prevent illness. We must not only help when our clients are sick. We have a responsibility to keep them well.”

For nine years, officials talked about the importance of restoring emergency room services and surgical care in a section of New Orleans hit hard by Hurricane Katrina. In July 2014, the $130-million, 80-bed New Orleans East Hospital opened its doors. Situated on the site of the former Pendleton Memorial Methodist Hospital at 5620 Read Boulevard, the new hospital includes a renovation of Pendleton’s six-story, 133,640-square-foot East Tower. 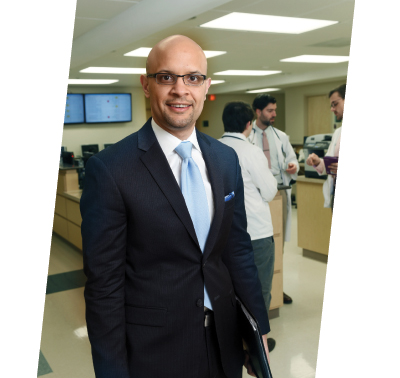 “Being the leader of operations over the system is both exciting and challenging,” he says. “The only typical part of my day is that it’s atypical,” he says, “meaning each day is always different, depending on the operating priorities of the health system, dynamic(s) with faculty/physicians and corporate priorities being part of the Hospital Corporation of America. It’s fast-paced and necessitates the need to make decisions, sometimes without all the information, which you have to be comfortable with.”

The routine portion of his day, which he loves, is one that the hospital embarked on a year ago: a system-wide effort to improve patients’ hospital experience.

“We instituted a no-meeting zone from 9 a.m. to 10 a.m., daily,” he says. “The time from 9 a.m. to 9:30 a.m. is spent with all of our clinical and nonclinical leaders rounding on every patient. From 9:30 to 10 a.m. I lead the entire group in our boardroom to review each patient’s experience from the rounders and we implement real-time service recovery. This process has been modeled at many other hospitals across the country and has paid dividends and enhanced our patient’s experience score tremendously to being one of the best in our region.”

Sims believes the health system’s year-over-year results speak volumes about the caliber of talent in leadership roles at TMC.

“We are in the service business, and the only way to affect change is through people,” he says, adding, “we have had record-setting growth in our inpatient and outpatient services, along with January 2016 being our busiest in a decade.”

Also an adjunct professor at Tulane University’s School of Public Health and Tropical Medicine graduate program in health administration, Sims taught a course on leadership and professionalism. He has also served as preceptor to several administrative residents and fellows at the health system.

“The second skill I think is critical is the ability to be a mentor and take pride in giving back and mentoring the next generation,” he says.

The final skill he thinks all administrators should have, whether they are young and up-and-coming or highly experienced, is to understand their place in the big picture of caring for patients.

“Humility is the key, and having the ability to forge great working relationships in particular with your boss is also important,” he says. “I am blessed with a great CEO. He really allows me latitude to do my job.”

Tulane University was founded in 1834 by seven physicians who sought to create a medical school in New Orleans that would teach others how to care for patients in the midst of cholera and yellow fever epidemics. Today, the Tulane University Health Sciences Center includes the School of Medicine, the School of Public Health and Tropical Medicine, and the National Primate Research Center. The medical center has more than 500 credentialed physicians who provide leading-edge care, ranging from primary to tertiary to quaternary care.