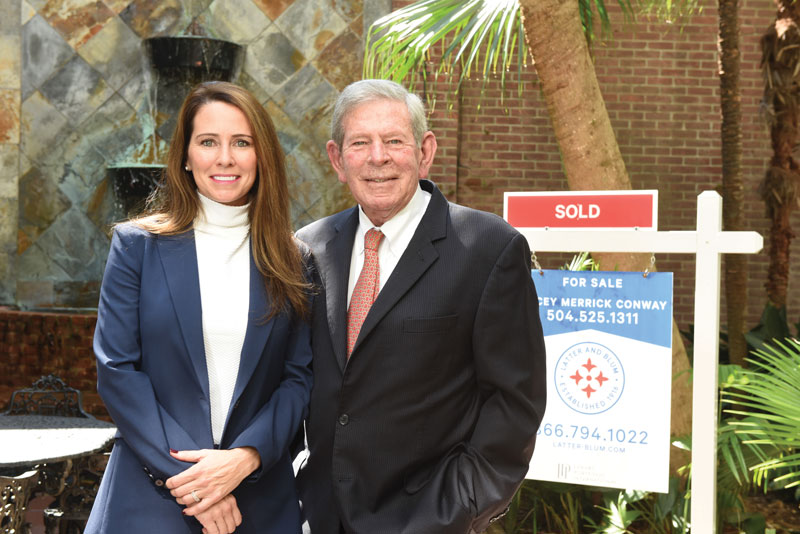 Founded in New Orleans in 1916, Latter & Blum is a family-owned and operated company that takes pride in being the largest and most successful real estate company across the Gulf South, ranking 19th in the nation according to RISMedia™.

“With a network of over 3,700 real estate associates across Louisiana, Southern Mississippi and Greater Houston, our expansive footprint creates an unparalleled customer experience that has led to our legacy of success,” says Lacey Merrick Conway, CEO. “But it’s more than that—we truly are a real estate family with loyal employees, agents and leadership.”

In 2021, Latter & Blum was named to the The Times Picayune’s Top Workplaces and was awarded “Most Innovative Brokerage in the World” by Leading Real Estate Companies of the World®.

Conway was named CEO in January 2020, succeeding her father Bob Merrick, who had served in this position since 1986. Today, Merrick serves the company as Chairman and Owner.

“Lacey has demonstrated exceptional business and leadership skills in her 15 years with Latter & Blum, and I have every confidence in her ability to take the company to its next level of growth,” says Merrick. “She also believes, as I do, that Latter & Blum is a ‘family of families’ helping to strengthen our region through the important work we do.”

Giving back and serving the community is built into Latter & Blum’s DNA. Last year, Merrick received The Times Picayune Loving Cup Award for his decades of community support. In addition to Conway, Merrick also has two other daughters licensed with Latter & Blum.