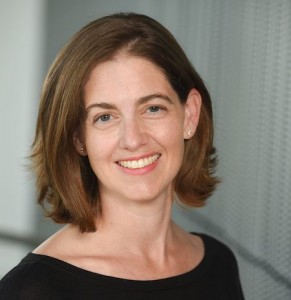 This National Construction Appreciation Week, celebrated across the country to recognize the industry’s importance to infrastructure and the economy, marks a major milestone for family-owned and operated Landis Construction. The New Orleans-based company led by third-generation CEO Anne Teague Landis is also celebrating 65 years since its founding in 1956 by Fred Landis.

Over the years, Landis Construction has undoubtedly touched everyone in New Orleans, whether they know it or not. From building the Worlds Fair in 1984 to major landmarks like the Audubon Aquarium of the Americas, Jax Brewery, Harrah’s Casino, Brennan’s Restaurant, and the repairs of Xavier University’s campus after Katrina, Landis has played an incredible role in the economic development and revitalization of the city.

In an era of cut-throat corporate expansion, Anne Teague’s father, Jim Landis, staked his future on relationships. Those relationships were always at the forefront – even through financial disasters like the World’s Fair in 1984, where Jim insisted on paying out his contractors despite its declaring bankruptcy – and continue to serve as the company’s guiding mantra today.

A young, female CEO in a largely male-dominated industry, Anne Teague Landis has continued to build upon her family’s legacy, increasingly seeking out new opportunities and ways to be more intentional about supporting the local minority- and women-owned business communities. In the last three years alone, Landis has provided over $25 million in contractor opportunities to local DBE firms and took its commitment a step further by entering into a formal Mentor-Protégé Agreements with local DBE firm Legacy Restoration and Referral, LLC in 2020.

Rooted in the same core values upon which it was founded 65 years ago, Landis continues to evolve, adapt, and grow, attributing its longevity and success to meaningful relationships with its clients, subcontractors, community partners, and employees who boast an average tenure of more than a decade.

Like her father before her, Anne Teague has led the company through no shortage of crises, including a global pandemic, major hurricanes, and periods of economic downturn, and has done so with a level of integrity and perseverance that continues to set Landis apart from its peers.