As other local malls struggle to survive or plan for reinvention, Lakeside Shopping Center is thriving, just as it is. 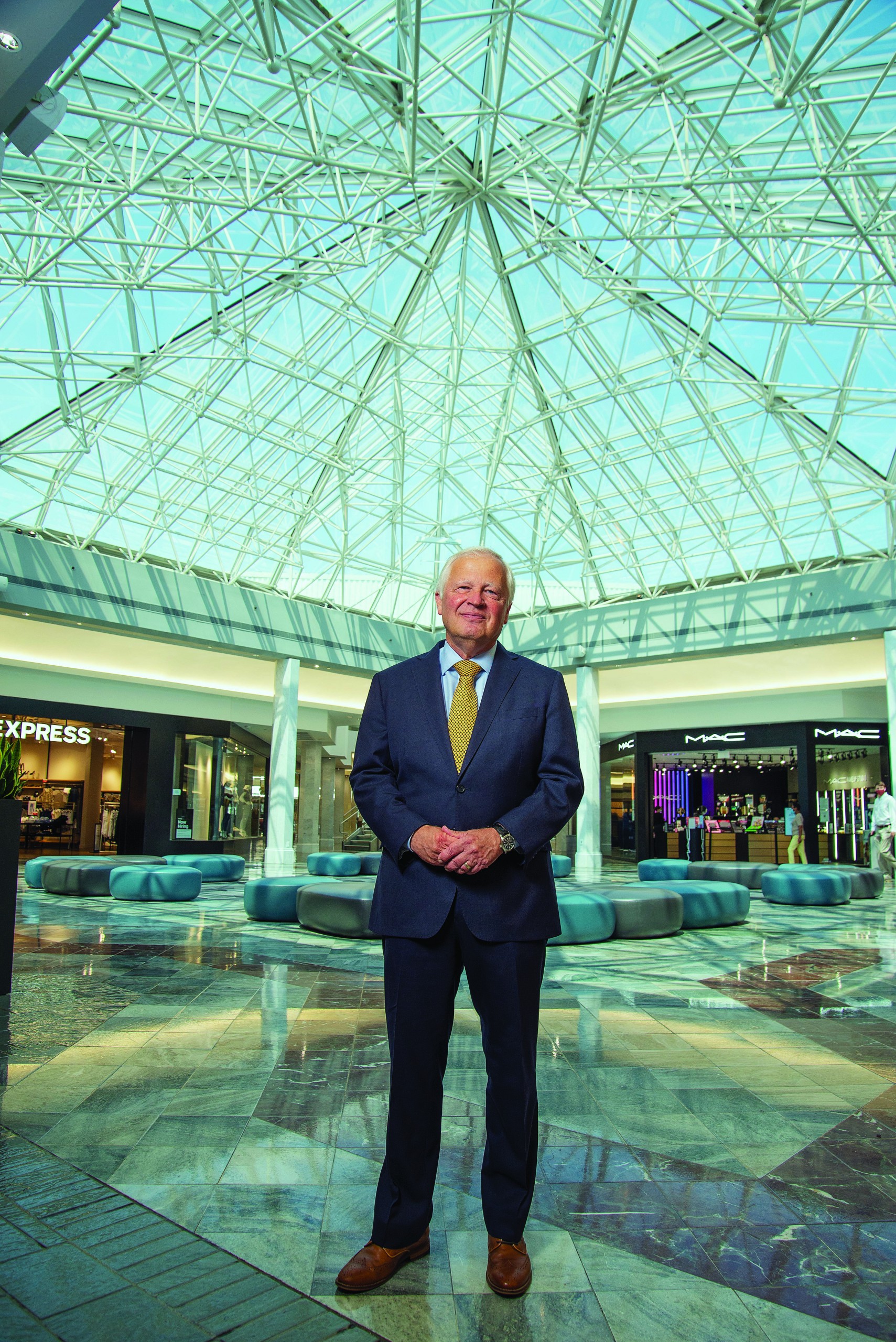 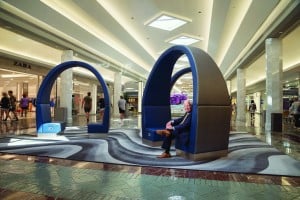 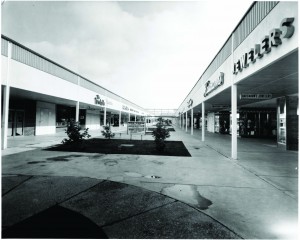 When Lakeside Shopping Center first opened its doors to shoppers in 1960 as an outdoor mall with 13 tenants on a 50-acre tract, a pair of jeans cost about $5, Veterans Memorial Highway was only four years old, and the Saints were still seven years away from stepping out onto a field.

Over 60 years later, a lot has changed, but one thing that hasn’t is that, while many other local malls have come and gone, Lakeside remains a successful and critical part of the local economy. The mall now spans 1.2 million square feet and includes over 100 tenants. An economic powerhouse for Jefferson Parish, Lakeside is one of the largest taxpayers in the parish and employs an estimated 2,000 people.

It’s very good news, then, that despite the combination of COVID-19, the decline of brick-and-mortar retail, and the rise of online shopping that has been occurring for some time now, Lakeside Shopping Center is bucking the odds and doing well. While in the midst of a renovation that began in 2017, the mall is continuing to attract new tenants — with four added in the past year, including athleisure brand Aerie and OFFL/NE™ by Aerie, Tempur-pedic, Lovesac and one particular addition that’s received plenty of fanfare, A Tavola Restaurant and Wine Bar.

The largest mall in the greater New Orleans market, Lakeside continues to be a solid retail force at a time when many malls are struggling.

Among those is Esplanade Mall in Kenner. With growing vacancies and few shoppers, the mall now faces an uncertain future. According to a June 22 article on Nola.com, Atlanta-based architecture and planning firm TSW has recommended converting the mall into a residential and commercial district, citing that fewer than 100 malls in the United States are expected to survive beyond 2030.

Fun Fact
The owner of Lakeside Shopping Center — The Feil Organization — also owns the building that houses the new, 9,000-square-foot Museum of the Southern Jewish Experience at 818 Howard Avenue, which opened this past May.

This idea to bring in residential and commercial can be seen in action just about 5 miles east of Esplanade at the 35-acre Clearview Mall, recently renamed Clearview City Center. Here, the mall’s owners since 1968, the Richards family, unveiled a plan this past February to build a $55 million, 270-unit apartment complex called The Metro at Clearview. The apartments are part of a $100 million renovation of the area that is planned to include new retail, a Regions Bank, an Ochsner “super clinic” and outdoor event space.

In contrast, according to Brian Lade, regional manager at the New York City-based Feil Organization — an investment, development and management firm that has owned the mall since the 1980s — Lakeside Shopping Center is seeing enough success that there is no current need to change its makeup.

“We’re having people call us now that we’ve been chasing for years that are interested in leasing space from us,” said Lade. “We have significant new activity. There’s just a lot going on.”

Lade’s background includes 40 years of mall management experience that began with the Rouse Company and that led him to New Orleans in 1989 to serve as a general manager at Riverwalk Mall and then vice president/general manager at Oakwood Center on the West Bank.

It’s been a busy three and a half years since Lade took over command of Lakeside Shopping Center, and about half that time the mall has spent coping with COVID-19, but Lade said the industry began changing decades ago.

Who do you look up to? My father was the person that I looked up to and respected the most in my life.

Best advice ever received? The most important thing you have in life is your name.

Daily habits? My day starts with reading the Wall Street Journal and picking up Saints and Pelicans news.

What are you most looking forward to in the next year? Hopefully having COVID completely behind us 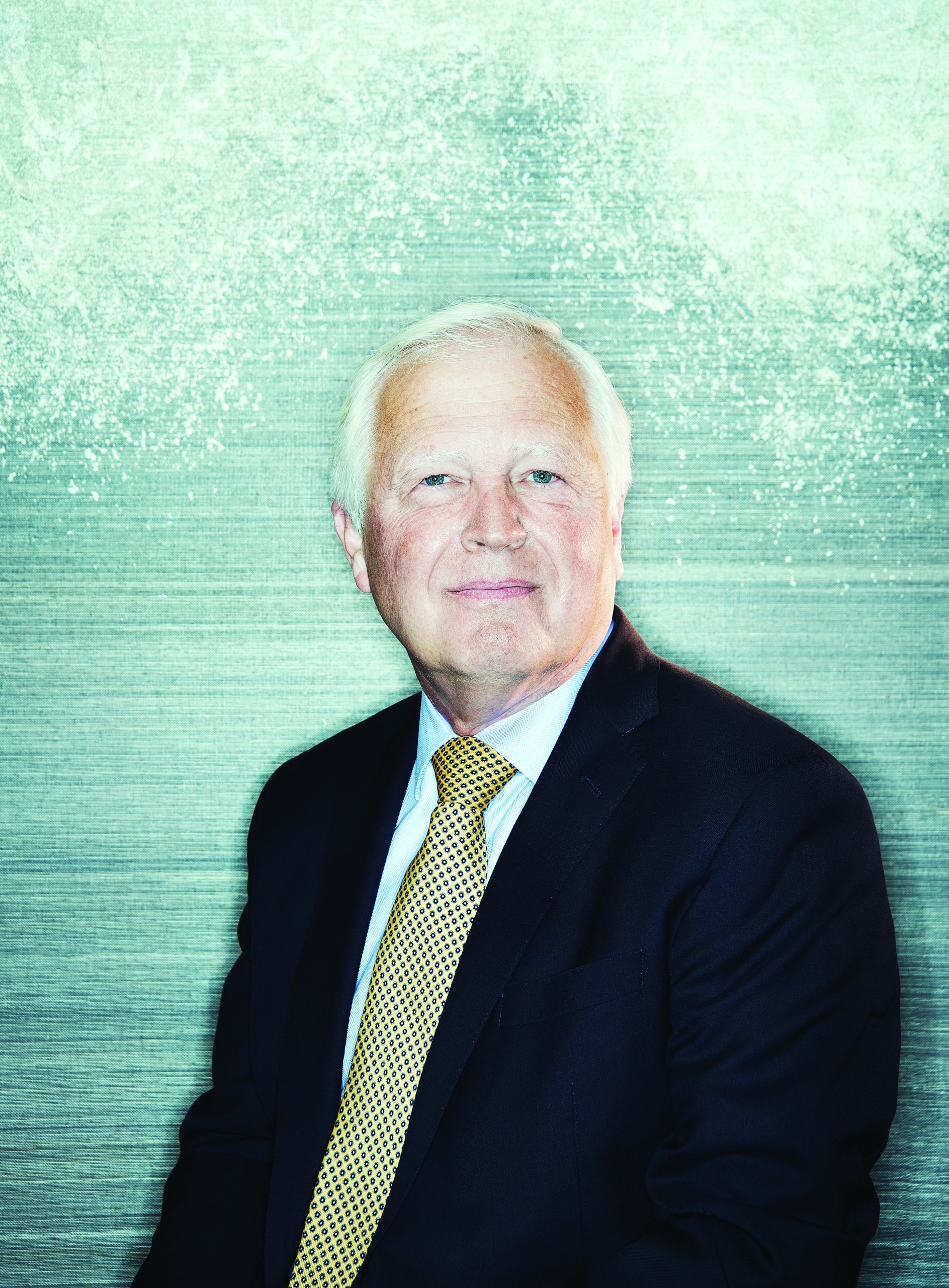 Let’s start out by talking about your industry in general. How have you seen the marketplace change over the past few decades? “Things really started to change in the ’90s. When I worked for the Rouse Company, there was a gentleman named Matt DeVito who was our CEO. Mr. DeVito accurately predicted that the ’80s was the decade of overdevelopment and the ’90s was going to be the decade of paying the price. The Rouse Company foresaw that between overdevelopment, the shrinking of the middle class and the rise of big box category killer retailers, the weaker malls were not going to be able to be saved. As a result, Rouse sold class C and D malls and retained a strong portfolio of A and B malls. The performance of Class A malls remains very strong. Class B malls are performing well, and Cs and Ds are struggling to find tenants and remain relevant. The economic downturn in 2007 and 2008 was another significant reset. Retailers and landlords both struggled, but we came through it, just like we will find a path through COVID-related issues.

How has the rise of online shopping affected you? Clearly online sales have had an impact on our business, but there is a sizeable segment of the population who prefer to shop brick-and-mortar. Lakeside’s traffic is incredible. When you walk through the mall you see a diverse group of people. From a long-term viability perspective, it is important to note the number of young people. Demographic studies reveal that Generation Z are power shoppers. Many people like to touch and feel products before they buy. They appreciate social interaction and customer service, and enjoy the mall’s ambiance and shopping experience. There is also a segment of the population that prefers to sit at home and click. I think that there’s room for both.

Retailers have seen the brick-and-mortar and online support each other. If a retailer closes a store and completely vacates a market they lose online sales.This symbiotic relationship will likely continue.

COVID-19 has been the most recent hurdle. How did Lakeside Mall fare? It’s been difficult. We were closed for two months. A lot of our retailers introduced curbside pickup, which really helped. We reduced mall hours and of course moved quickly to abide by all the health requirements, including eliminating food court seating and monitoring occupancy.

We’re still operating on reduced hours because our retailers are having a difficult time finding enough staff. The most accurate comparison of sales performances in 2021 versus 2019 and that trend is generally positive.

You have had some notable closings in the past year, including J. Crew, The Disney Store and Godiva Chocolatier, but those haven’t been specific to Lakeside, right? Yes. There have been a number of retail bankruptcies recently, many driven by leveraged buyouts that loaded these companies with excessive debt. Several retailers that went into bankruptcy and emerged with de-levered balance sheets, and are probably healthier than they’ve been in years. So, some of these bankruptcy actions may result in the shopping center industry being stronger in the long run.

But then there are other stores, like Macy’s, that added their Backstage concept. We opened A Tavola and Love Sac during the pandemic, both of which are performing well. New leasing activity is very robust. We have significant interest from quality prospects that will be very positive additions to our merchandise mix. From talking to the team, I am not sure if new leasing activity has ever been stronger than it is today.

Some of that development has included four new retailers in the past year. How are you with capacity? Do you still have space to grow and add more retailers? Yes. With retail it’s always a matter of staying current, what’s fashionable. If you’re not moving forward, you’re moving backwards. So, the nature of our business is that there’s always going to be turnover and that isn’t a bad thing because our job is to bring in current retail that’s enticing to our customers, that makes them want to come here and shop and that’s bound to change over time.

To advance a merchandise strategy can require a major investment on the part of a landlord. For instance, the Zara deal required us to tear down the building and build a new two-story building. We are also pleased to have the opportunity to partner with established and new local retailers. An example of that partnership is the Lee Michaels relocation and expansion from the mall to the former Red Lobster pad. This relocation allows Lee Michaels to grow and already sucessful store and make a strong merchandising statement in this prominent location.

The mall also hosts a lot of different events. How big of a part of your business plan are events? I think it’s really important. At Christmas, people love to come down and see Santa Claus, they love the train, they love the Easter Bunny. I think that experience is becoming more and more important in our business. We also believe in community service. We work with various nonprofit groups throughout the year and just recently partnered with Ochsner to open a vaccine site in the mall. We also recently invested in constructing a state-of-the-art Kids’ Castle Play Area sponsored by LCMC Health and Touro Hospital. We’ve added new art and sensory classes to the scheduled play times which have been very popular.

There are some malls that are leaning more toward that town center idea and adding things like teleworking spaces and doctor and dentist offices. Is that something Lakeside might do? I think you have to think of all those things. We do continually think about what the future is going to look like. Over time we may end up adding more service and entertainment uses.

How do you go about securing retailers? You must have a top wish list. Definitely. The Feil Organization has a real commitment to merchandising and getting the right store in the right location. If that means we must wait and a space stays vacant for a while to make that happen, that’s what we’ll do. It’s nice to work for a company that really understands retail and is committed to long-term value, not just short-term gains.

How do you market to these retailers? What are the big selling points to come to New Orleans, and specifically to Lakeside Shopping Center? Retailers across the country that are looking to come into this region know who Lakeside is and its’ productivity. They’re looking at the demographics we reach and the reinvestments that Mr. Feil continues to make in the mall. It’s also that we have a great location — we’re on the right corner.

A Totally Radical Time to Build a Mall
Half of the metro area’s big malls were built within just two years.

Fun Fact
JC Penney was among the original mall tenants when it opened in 1960 and remains one of the mall’s anchor stores.

About Lakeside’s Owners —The Feil Organization

With offices in New York, Chicago, New Orleans and St. Petersburg Florida, The Feil Organization owns, develops and manages over 24 million square feet of retail, commercial and industrial properties across the country, as well as over 5,000 residential rental units. In New Orleans, just a few of the company’s other retail holdings include the Lakeside Shopping Center adjacent Vieux Carre Shopping Center and 3300 North Causeway, as well as Elmwood Distribution Center and The Costco Center off Carrollton Avenue.