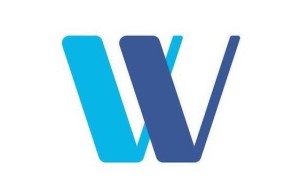 The U.S. Department of Justice, in a news release, said Westlake Chemical Corporation agreed to make upgrades and perform compliance measures estimated to cost $110 million to resolve the complaint involving two facilities in Lake Charles, Louisiana and one in Calvert City, Kentucky.

The companies also will pay a $1 million civil penalty.

According to the complaint, the companies failed to properly operate and monitor their industrial flares, which resulted in excess emissions at the three facilities, the department said.

The settlement will eliminate thousands of tons of air pollution from flares, devices used to combust waste gases that would otherwise be released into the air, it said.

“The settlement’s significant reductions of hazardous and other air pollutants and greenhouse gases will serve to reduce exposure in the vulnerable nearby communities with environmental justice concerns,” said Assistant Attorney General Todd Kim of the Justice Department’s Environment and Natural Resources Division.

Acting Assistant Administrator Larry Starfield of the EPA’s Office of Enforcement and Compliance Assurance said the settlement will require the Westlake companies to install pollution control and emissions monitoring equipment at the three facilities, reducing emissions of greenhouse gases and other harmful gases by thousands of tons per year.

“Those controls, plus a requirement for fence line monitoring of benzene emissions and corrective actions when benzene readings are high, will result in significant benefits for the local communities in Kentucky and Louisiana,” Starfield said.

The settlement requires the three facilities to install and operate air pollution control and monitoring technology to reduce flaring from eight flares at the three facilities. Once fully implemented, the pollution controls are estimated to reduce emissions of ozone-forming VOCs by 2,258 tons per year and of toxic air pollutants, including benzene, by 65 tons per year. The settlement is also expected to reduce emissions of climate-change-causing greenhouse gases, including carbon dioxide, methane and ethane, by over 50,733 tons per year.

The Westlake companies also will perform air quality monitoring that is designed to detect the presence of benzene at the fence lines of the three facilities. Monitoring results must be posted to a publicly available website, providing the neighboring communities with more information about their air quality.

The consent decree is subject to a 30-day public comment period and final court approval.