NEW ORLEANS – SchoolMint, a provider of software solutions for K-12 education, announced that it has purchased New Orleans-based Whetstone Education and will now be supporting 11 million students and more than 18,000 schools worldwide.

Whetstone was founded in 2010 when New Orleans school principal Ron Gubitz realized he needed a way to wrangle all of his documents related to teacher coaching. He asked his school’s “data guru,” Andrew Cox, to create custom software for the task. The original code was written that night and the two quickly realized they’d created something that could be useful to other administrators. Another school colleague, Eric Seling, came up with the idea to form a company and market the product.

Over the next few years, with help from the New Orleans startup community – including Idea Village, Propeller and 4.0 Schools – the company grew and expanded to serve schools across the country and even internationally. Libby Fischer became Whetstone’s CEO in 2014. Pre-acquisition, the company had grown to 23 employees at its Oretha Castle Haley headquarters.

Whetstone’s bread-and-butter product is a platform that streamlines the process of teacher observation and instructional coaching.

“Today’s teachers are being asked to do more than ever and do it in ways they never imagined, often without the support, training, and coaching they need to be successful,” said SchoolMint CEO Bryan MacDonald. “Teacher burnout is at an all-time high and many teachers are leaving the profession entirely. Whetstone helps address this challenge with 21st-century tools to support teachers with a coaching-centric positive classroom approach and equips them to transform teaching in a changing climate, including online and hybrid models.” 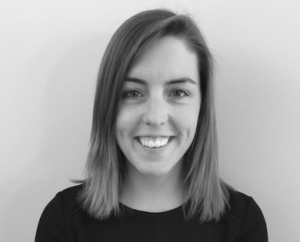 SchoolMint thinks the acquisition of Whetstone will allow the combined companies to further innovate and expand the impact of “strategic enrollment management,” which aims to help schools and districts strengthen and stabilize their year-over-year enrollment health.

“We are beyond excited to join the SchoolMint team,” said Fischer, who will become the company’s chief operating officer. “Both companies are aligned in the mission to ensure teachers are getting the support and tools they need to be successful. I’m also especially grateful to the New Orleans startup community that helped Whetstone get started. We’ve watched startups exit all around us in the Gulf South – Shipt in Birmingham and Waitr in Lake Charles, for example – and it’s exciting to have led a New Orleans company to exit.”