NEW ORLEANS – Last week, President Joe Biden signed several executive actions aimed at tackling climate change that could have major repercussions for the Louisiana oil and gas industry. Biden instituted a 60-day ban on new oil and gas leases and drilling permits on U.S. lands and waters, cut fossil fuel subsidies and canceled the permit for the Keystone XL pipeline that would have brought crude oil from Alberta, Canada to Texas for processing.

Not surprisingly, the industry is not happy about any of this. Advocates say the decisions endanger nearly 250,000 Louisiana jobs and shift production away from the U.S. to its competitors, where environmental rules are more poorly enforced. The changes also could reduce the amount of money the industry contributes to Louisiana coastal restoration efforts.

Clean energy advocates, meanwhile, say it’s long past time to take actions that promote greener energy creation – and the government has been subsidizing the industry for too long.

According to one expert, though, executive actions like this may not be the biggest factor in deciding the future of oil and gas vs. green energy in Louisiana and elsewhere. 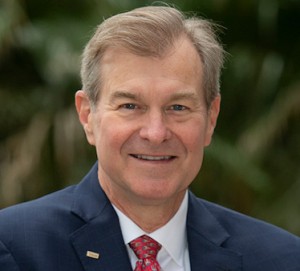 “There are even bigger forces at play than policy,” said Pierre E. Conner III, executive director of the Tulane Energy Institute and an industry veteran. “Businesses run on capital and opportunity. The cost of capital for upstream oil and gas jobs – the drilling of the well – has been growing and will continue to grow. Therefore the pool of capital has been shrinking, and will continue to do so.”

Conner said that capital for renewable and sustainable energy projects, by contrast, is getting cheaper.

“I’m a big believer that money rules as much as policy,” he said. “Did you see a growth in coal jobs in West Virginia over the last four years? There’s no policy that made that work. And I don’t mean to be flippant, but if you go back four years, Louisiana’s upstream employment has fallen from over 50,000 jobs to 30,000 jobs. And with the pandemic, now we’re down to 25,000 jobs. No policies were implemented in the last four years that made those job numbers move up.”

Conner said the money flowing to oil and gas projects is slowing and companies need to be prepared for it. Another factor that will affect the Louisiana industry’s future is that there’s more oil at lower risk in neighboring Texas.

“In the Haynesville Shale formation in northwest Louisiana, we have a wonderful gas play that will be productive because we’ll have liquid natural gas export. … But the advent of the technology for horizontal drilling and fracking created an obvious boom in activity in west Texas,” said Conner. “And so companies move their resources to drill those wells that were of a higher return than the prospects that you find in and around Louisiana.”

Conner said that, paradoxically, the new Biden rules may actually decrease the availability of oil and thereby raise its price in the “intermediate” term.

In Position to Transition

Conner said that Louisiana has an established energy infrastructure that will help with its transition to greener production. There’s a “world-class” port system, a vast network of pipelines, industrial processing infrastructure and a workforce that knows how to build things.

“The first well drilled out of sight of land was off the shores of Louisiana,” he said. “The Kerr McGee Corporation drilled it in 1947. And as a result, Louisiana developed and transported technology around the world for offshore activity. So that was a wonderful 70 years. But now we can take advantage of that history and the fact that we know how to build offshore structures, and we have the ports and the multimodal transportation systems. We can lean into the production of offshore wind.”

Conner said a team of experts working with Greater New Orleans Inc., the regional economic development nonprofit, suggests that if Louisiana can capture 10% of the nation’s offshore wind market, it will create 7,500 direct jobs – and potentially 15,000 additional indirect jobs as a result of exporting expertise in offshore activity.

At the downstream end of the process, the challenge for Louisiana is to stay productive while cutting down on pollution.

The industrial corridor between New Orleans and Baton Rouge produces a lot of energy products and raw materials used for plastics and other products – but it comes at a cost to the environment.

“We do have a tremendous industrial corridor,” said Conner. “We’ll have to spend time figuring out how to keep those activities and yet transition to net lower greenhouse gas.”

One positive, he said, is that the bulk of Louisiana’s greenhouse gas emissions are concentrated in these industrial activities, meaning they can be captured more easily, as opposed to those in a state like California, where 60 percent of the emissions are from transportation.

“That’s very hard to transition,” he said. “You gotta buy a lot of new cars. We can work with the industry, and you’re seeing it already underway. The governor and CF industries, [a manufacturer of nitrogen fertilizers], have an initiative. You see Entergy and Mitsubishi working together to reduce their carbon footprint for power generation. Eric Smith of the Tulane Energy Institute is leading the charge on thinking about industrial processes that might create green hydrogen, methane or ammonia. And we can transport that with our pipeline, rail and barge systems, because we have that infrastructure in Louisiana. And then there’s the Grön Fuels initiative in Port Allen; that’s a great example of taking advantage of our multimodal transportation, expertise and workforce in an infrastructure and then going into a net neutral fuel.”

None of which is to say the transition won’t take a long time and won’t be painful for some – or that the oil and gas industry will be disappearing completely any time soon.

“The hardest sector to decarbonize is transportation,” said Conner. “More than 90 percent of transportation is fueled with petroleum products. And for the world to work, we will need those products and there’ll be demand for them. And there’ll be companies that will be creating value and jobs producing oil. Natural gas has a role in electricity, power generation and other industrial processes like ammonia and fertilizer. And we need to feed the world. And so that’ll always be in demand.

“But I’ve been having these conversations for a couple of years with companies that have been preparing to pivot. They are thinking about a strategy to utilize their expertise, relationships or geographic positioning to [go] where they see the money flow. Look, at the end of the day, this sounds rather barbaric, but money wins.”

Louisiana's Higher Ed Foundations Topped $4B in Assets in 2020