From beginning as a supplier to French Market vendors in 19th-century New Orleans, the company best known for its iconic Camellia red beans has grown into an internationally recognized brand focused on the culture and community where it all started. L.H. Hayward and Company celebrates its 100th anniversary in 2023 by commemorating customers, employees and giving back to the community.

“We are more than just a business; we are part of the culture of our city,” said Vince Hayward, fourth-generation owner and CEO of L.H. Hayward and Company, the parent company of Camellia Brand.

The company traces its beginnings to ancestor Sawyer Hayward, an Englishman who immigrated to New Orleans in the 1830s from the West Indies. After a successful career in the mercantile and agricultural trading business, Hayward recognized a demand for dried beans, which he began supplying to French Market vendors. 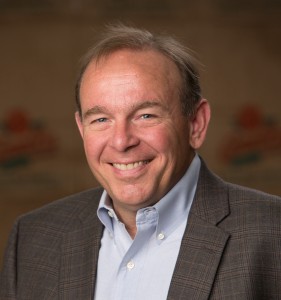 “As one of the oldest cities in America, our culture in New Orleans is truly a melting pot,” Hayward said. “From what we know, red beans became a staple in New Orleans kitchens due to the Caribbean influence on our cuisine.”

In 1923, Sawyer Hayward’s grandson, Lucius H. Hayward, Jr., actually founded the family company, making it the oldest dried bean company in the country. A generation later, his son, Gordon Hayward, began packaging beans in the distinctive cellophane bags in which they are still sold today and trademarked the name Camellia Brand—naming it for his wife Elizabeth’s favorite flower.

While cornering the market on red beans is a measurable business achievement, being woven into the fabric of New Orleans’ unique culture reflects the company’s true success.

The time-honored tradition of serving red beans and rice on Mondays goes back almost as far as the city’s history. According to popular belief, ham was traditionally served for Sunday dinner in New Orleans. On

Mondays—the day set aside for doing laundry—leftover ham bones were tossed into a pot of red beans to slowly simmer. While it no longer takes all day to wash, line dry, starch and iron laundry, red beans and rice on Mondays is still the preferred meal across all neighborhoods, ethnic and socio-economic lines.

“This centennial is more than just a celebration of being in business for 100 years. It is a testament to the hard work, dedication and commitment to quality of all those who have come before us. Anything that has our name on it is as good as it can possibly be,” said Hayward.

That unwavering attention to the highest possible quality prompted growers to assign the “Hayward Standard” to Camellia beans. The USDA grades beans based on quality. For most, a USDA grade No. 1 may be good enough. But suppliers reserve only the upper echelon of grade No. 1 beans for Camellia Brand.

While not easy to meet, the “Hayward Standard” ensures the company’s commitment to customers that they are buying premium, non-GMO, gluten-free beans to prepare flavorful, hearty meals for their families.

Along with the commitment to customers, the company is also committed to giving back to the community. As part of the 100th anniversary commemoration, Camellia Brand is partnering with Second Harvest on a campaign to end food insecurity in New Orleans. During 2023, the company will donate some 166,000 pounds of beans—about one million meals—to the New Orleans-based food bank that serves 23 Louisiana parishes.

A state known for food, Louisiana has the highest food insecurity in the country with one-in-seven people facing hunger and one-of-every-five children going hungry.

“Food insecurity is something that affects much of our community,” said Hayward. “It’s a problem that concerns our company greatly, and it’s one on which we can have a positive impact. We produce a lot of food that’s inexpensive and can go a long way in feeding people.”

Over the years, Camellia Brand has hosted Gather ‘Round events to serve free red beans and rice to people around a community table. Bringing people together over food reflects a family tradition passed on through generations, not just of the Hayward family, but of families across New Orleans and all of Louisiana.

“We’re just like any other family that loves to be at the table with each other, bonding over food and laughter,” said Hayward. “When you gather round a table to celebrate, that’s community.”