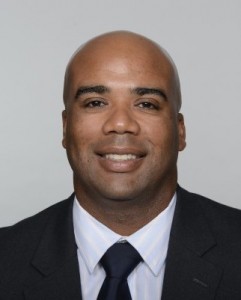 NEW ORLEANS – New Orleans & Company has appointed Kevin Ferguson vice president of external affairs. He will be responsible for membership strategies, community partnerships, community engagement and interfacing with cultural entities across the region.

Ferguson worked for the New Orleans Pelicans and New Orleans Saints since 2010 as new business development executive, service and retention account executive and senior manager of premium accounts. Earlier in his career, he served as group sales account executive with the New Orleans Zephyrs and worked in restaurant management. Through his various positions in the sports industry, he has led the charge in business development, retention strategies and sales initiatives. He managed an account base of more than $6 million in sales annually with the Pelicans and the Saints franchises.

Ferguson is also involved in multiple community organizations such as the Young Leadership Council, GNO Inc. NextGen Council, ADL Glass Leadership Institute and the New Orleans Police and Justice Foundation. He is a graduate of Florida State University where earned his Bachelor of Arts degree in history in 2006.

“Kevin is an awesome addition to our talented team at New Orleans & Company,” stated Stephen Perry, president and CEO of New Orleans & Company. “We are committed to improving our outreach to and relationship with our community, and we believe Kevin has the skills and experience to be very successful in this effort.”

“It is an honor to join the talented team at New Orleans & Company, an organization which is regularly named one of the top five destination marketing organizations in the country for its innovation and customer service,” said Ferguson. “I am thrilled to join an organization that supports such a vital industry for our city. I look forward to serving our members, partners and the community.”

“We are thrilled to welcome Kevin, a respected sales and business development executive to our leadership team,” said Walt Leger III, president-elect of New Orleans & Company. “He will play a vital role in helping our current members and all those who make their living in the cultural economy survive and thrive.”