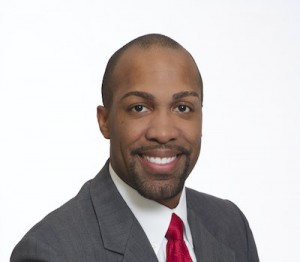 BATON ROUGE —Independent Banker magazine, the monthly publication of the Independent Community Bankers of America, unveiled its annual 40 Under 40: Emerging Community Bank Leaders list. The award recognizes the nation’s up-and-coming community bank innovators and influencers who represent the future of the industry. Kelvin Luster, a banking center manager at Home Bank in Baton Rouge, is named to the list.

“From CEOs to compliance officers, branch managers, lenders and marketers, this annual award continues to uncover extraordinary talent within the community banking industry,” ICBA President and CEO Rebeca Romero Rainey said. “We congratulate Kelvin on this well-deserved honor. His deep belief in the community bank business model and passion for supporting his customers and communities, especially in this COVID-19 environment where community bankers continue to step up to serve the needs of customers, should be commended.”

The feature story, which is included in the newly released June issue, highlights how the 40 Under 40 honorees have overcome challenges and answered calls for innovation. The leaders also share their philosophies on leadership and where they see big opportunities for lending. Chosen from hundreds of entries, candidates were judged on the following criteria: character, leadership, community involvement, and innovation.

“I’m honored to have been named to ICBA Independent Banker’s 40 Under 40: Emerging Community Bank Leaders list,” Luster said. “Community banking makes such a positive impact in the lives of our customers and our community and I’m so proud to be part of this great industry.”

Luster is Branch Manager of Home Bank’s Long Farm Village and Corporate Boulevard locations in Baton Rouge where he has worked to cross train his team to assist customers with any banking need, providing better customer service for clients and developing the professional skills of his team. His approach was so successful that Home Bank implemented his methods as a model for use in other markets. He is active in the local community, serving as a board member for Junior Achievement of Greater Baton Rouge, and he is a member of 100 Black Men of Metropolitan Baton Rouge and the Knights of St. Peter Clavier.

Shields Mott Attorney Named 'One to Watch' by Best Lawyers