“The T-shirts of my Life”

Keith Marshall doesn’t keep a journal. He keeps T-shirts of important landmarks in his life. For example, he has a T-shirt with a photo of President Bill Clinton standing next to him when they were fellow Rhodes Scholars at Oxford University in England. Of course, Keith didn’t imagine Clinton would become the 42nd President of the United States when the photo was taken, so it wasn’t a case of “buddying up” with somebody who would be famous one day.

“The T-shirt is part of our Rhodes Scholar class photo; I just happened to be standing next to the future president,” Keith says with a smile. “And, mind you, I wasn’t wearing T-shirts back then; my style was definitely fine tailored suits, patterned dress shirts with while collars and French cuffs. May I add that I always found time to shop for my wardrobe in London’s Burlington Arcade, a fashionable covered row of shops near Piccadilly Circus?”

“It was an exciting time to be living in England and I immersed myself as a true Anglophile, including attending the first wedding of Princess Anne and Mark Phillips on November 14, 1973 at Westminster Abbey. I even wrote about it for the Times-Picayune newspaper.”

He has fond memories of his time in England that began after his graduation from Yale University. At Oxford University he earned a BA and PhD degrees; then he went on to study at Courtauld Institute of Art in London, lengthening his stay in the United Kingdom to almost seven years. “London is still my favorite city and I try to visit it at least every other year,” he says.

Keith married Millie Ball in 1981. Mille was the travel editor of the Times-Picayune for 18 years. After Keith married Millie and settled back in New Orleans from his adventures in England, he became more and more involved in the operation of Madewood Plantation House, the Greek Revival grand mansion 75 miles from New Orleans that overlooks Bayou Lafourche near Napoleonville. This historic treasure, designed by noted architect Henry Howard and completed in 1848 by wealthy sugarcane planter Thomas Hugh, was purchased by Keith’s mother, Mrs. Harold K. Marshall (Naomi), in 1964. 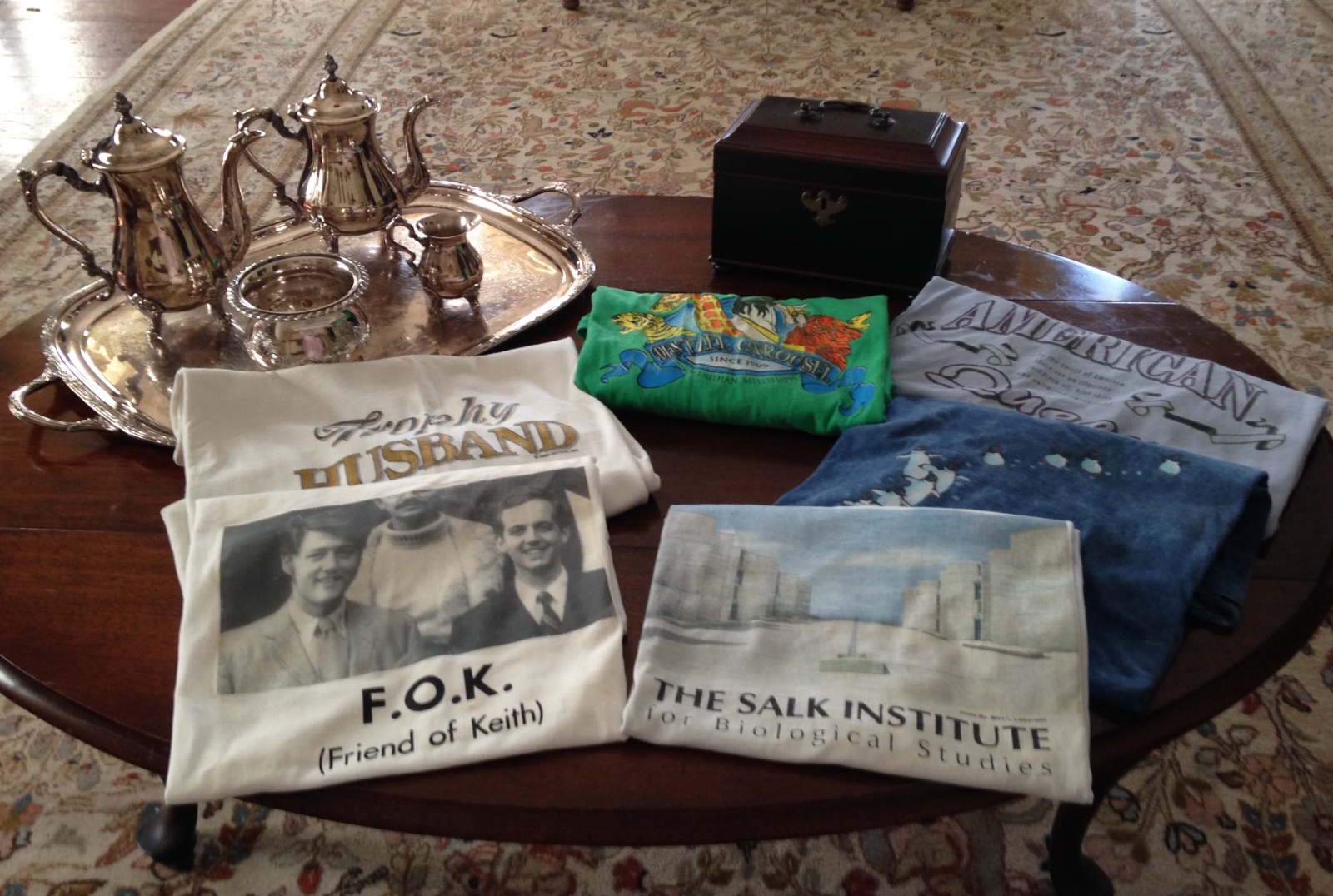 It seems only fitting that the son of the owner of one of Louisiana’s finest plantations would end up in England, hobnobbing with royals and attending Oxford with the likes of Bill Clinton, a future U.S. President. It is easy to see why he would rather water the garden at Madewood in one of his collectible T-shirts than dress up in a suit and play “master” of a grand plantation that was once called the “Temple of the Sugarcane Fields.”

“I have been bitten by the same travel bug as Millie, and along the way I amassed a great collection of T-shirts from the interesting places we visited in many countries,” says Keith, who calls himself “an inveterate voyager.” “Each T-shirt is a memento, or a record of my life. It feels good to put one of them on, even just to putter around Madewood, greeting our bed and breakfast guests, and doing every imaginable chore, from pouring wine to running morning coffee upstairs to overnight guests. For a few moments, I become again the person I was when I first purchased or received each shirt.”

Then Keith smiles and adds: “You could say that I have fully bought into the dressing down of America, although I will admit to buying a new tux recently to attend a charity event.” And while many of his T-shirts represent places he has visited, some of them are just sentimental, such as the one of his Oxford Rhodes Scholar class. (“I still tell people how important it is that you choose the right person to stand next to in your class photo,” he says.) His all-time favorite? “It’s the one from Millie, who emblazoned it with the words ‘Trophy Husband.’”

And then there are wonderful conversation starter T-shirts such as the one from Palladio’s Teatro Olympico in Vicenza, Italy, and another special one with flags of all the United Nations members. “I wore it on a cruise and had crew members point out their native flags and teach me to say ‘Good morning’ and “How are you?’ in their native languages.

“It’s been a long style journey from being written up in the 1970s as a fashion plate in Figaro, the once popular weekly New Orleans newspaper, to having this article written about 40 years later for your Biz blog about my collection of cherished T-shirts,” he says. “Each chapter has been fun, and I even enjoyed my 15-minutes of fame that came when the class photo of me standing next to then-newly-elected President Bill Clinton was published in GQ, Vanity Fair and Newsweek magazines.”