Big River Coalition waves the flag for maritime commerce in South Louisiana, fighting for causes and issues imperative to the economic well being of the industry and the coastal restoration of the state.

Printed in impossible-to-miss-or-twist big, bold, black letters at the top of its website, the mission of the Big River Coalition is simple, singular and significant:  Advocating for a mightier Mississippi River.

But conveying all that mission statement entails isn’t easy to do in one, concise sentence, said Big River Coalition Executive Director Sean Duffy. There are layers to do it, ranging from economic to environmental, that together can complement both private and public interests.

Despite being formed less than a decade ago, membership in the Big River Coalition consists of more than 100 entities of varying maritime interests, including shipping companies, oil refineries, steamship pilot associations, the five deep-water draft ports running from Baton Rouge to Plaquemines, and even out-of-state waterway commissions. Unified, they protect and promote maritime business along the Mississippi River and its tributaries to ensure that commercial navigation of the waterway continues unimpeded—be it through beneficial policy decisions made in Washington, D.C. and Baton Rouge, or the increased funding of necessary infrastructure projects.

“When you look at it, in a lot of ways, the economic impact of the River is undervalued,” Duffy said. “It’s not completely understood – the jobs and commerce created. Every year, we’re moving 500 million tons of cargo through the five deep-draft ports (in South Louisiana), so it’s important to promote that and advocate on things that can affect it in a positive way.”

Most recently, much of that promotion has centered upon securing increased funding from the Harbor Maintenance Tax and Inland Users Fuel Tax and using that money to pay for effort to deepen the Lower Mississippi River to 50 feet. Membership within the Big River Coalition agrees that dredging the River’s main ship navigation channel from 45 feet to 50 feet is vital to allow the uninterrupted passage of larger vessels with substantial amounts of cargo. Big River Coalition has met with members of the Louisiana delegation in Congress, as well as maritime-related caucuses and representatives from states that touch the Mississippi River.

“The Mississippi River is the No. 1 maritime commerce waterway in the country, and the route that requires the most dredging,” Duffy said. “So when the Coalition formed it was to focus on that – dredging issues and funding issues. And along those lines, the river-deepening project is something that falls into our wheelhouse.”
“And the dredging issue isn’t just a ‘Louisiana Issue,’” Duffy continued. “Therefore, we don’t take a ‘Louisiana Approach’ when meeting with lawmakers. We take a systematic approach. It doesn’t take a lot of time to show how dredging down here is just as important to every state connected on the River.”

The Big River Coalition has also successfully reasoned that dredging the Mississippi River produces environmental benefits, too. Since the coalition’s inception in 2011, it has passionately promoted the concept of “Sediment Recycling” – which in layman’s terms means taking the dredged earthy materials from the River and moving them to the vanishing South Louisiana coastline.

“Our focus is on the Mississippi River as a system, and part of that focus has been the highly successful ways we’ve promoted the beneficial use of dredging material,” Duffy said. “That’s something we’ve been a part of – getting the environmental groups and agencies that regulate the river and showing them that we’re working on coastal restoration. That’s an important message and it’s important to all of us to do things smarter.” 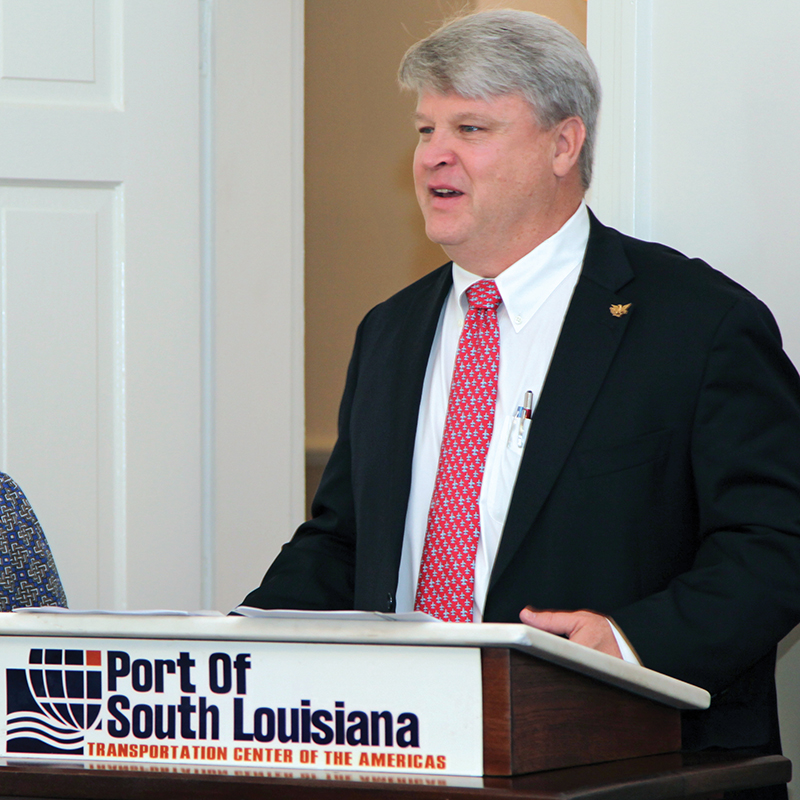