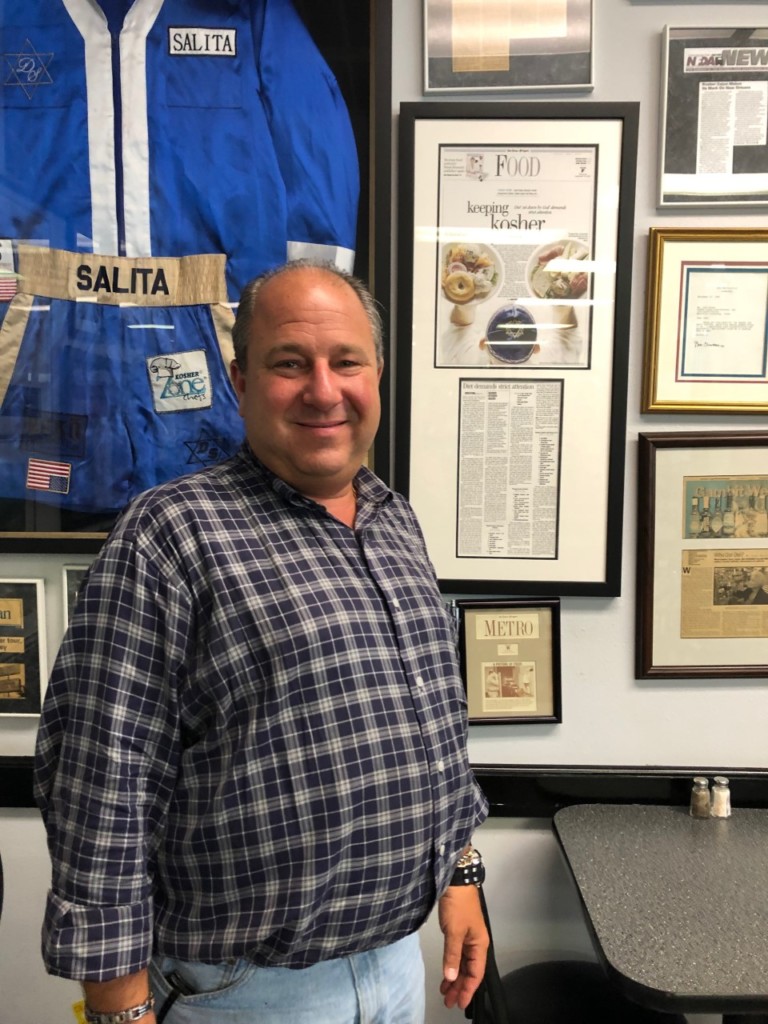 When Joel Brown, owner of Kosher Cajun NY Deli & Grocery, visits his daughters in New York City he brings the deli with him. That’s just how good his deli food is.

“I’m very specific in the brands I get and the food we serve,” Brown says.

In fact, his understanding of his niche market has been the hallmark of his brand since his humble beginnings 32 years ago, when this born-and-bred New Orleans entrepreneur started off in his mother’s home.

The origin story has a 19-year old Brown visiting Philadelphia where he discovered some delicious kosher pizza. Brown brought some back to friends who asked where they could get more of the pizza. The rest is history.

“I discovered a place in Miami that would ship the pizza,” he says. “I ordered 120 kosher pizzas, all presold, and I delivered all of them the night they came in on a Delta flight. I knew I was on to something. It was specialties geared to what the Jewish community needed and wanted — simply supply and demand.”

Brown did his research by attending trade shows and learning all he could. Then, in 1987, he opened his business in a 900-square-foot store on North Hullen Street facing the Metairie business district. He slowly and lovingly built the business with his wife, Natalie.

“It was in a former beauty shop,” he laughs. “So, after we got rid of the green carpet and pink walls, we were in business,” he says. “We’d make some money and then buy a freezer, make some more money and buy a deli slicer and a microwave.”

“We served cakes and desserts from New York,” he says. “And I proposed to my wife that night.”

In 2000, the Browns extended their business and now the 5,000-square-foot grocery and restaurant seats 70 and employs 10 people. In 2011, Natalie passed after a five-year struggle with cancer. Brown’s eyes brim with tears as he speaks about their early days.

Besides the restaurant/grocery, Brown offers catering. He states that about 10 percent of his business is full-service catering.

“It used to be when people came to town for a convention there was a lack of Kosher meals for them,” he says. “So, we came up with our One-Way-China option. The food is prepared in our kosher kitchen and we double seal it and put it on a china plate. Now conventioneers can sit next to their colleagues at dinner and enjoy a kosher meal.”

The word kosher is a derivative of Kashrut, meaning “correct” or “fit.” Kashrut is the Jewish dietary law, and kosher means a person or food in compliance with that law.

“Our kosher certification is right up on the wall next to our health board certificate,” Brown says. “For us, however, the religiosity of our business is a small percentage of what we focus on. We are primarily interested in providing clean, healthy and quality food for everyone.”

Besides the grocery and restaurant, Brown also offers a small Judaica shop that spans the entire Jewish life cycle and stocks many items unique to New Orleans. The bookshelves feature books about Jewish customs, culture, observance and cookbooks with your favorite Kosher recipes.

“I’m happy with what I’m doing now,” he says. “I don’t want to franchise. I’m kind of the Jewish Chamber of Commerce out here in Metairie. I do some consulting from time to time, but this is exactly what I want to be doing.”