NEW ORLEANS – On Oct. 21, the new owner of the Riverwalk Outlets will unveil a store from luxury brand Karl Lagerfeld Paris.

Lagerfeld, who died in 2019, was the creative director at Chanel for more than 35 years. The store that bears his name brings “Parisian chic” to America through high-end women’s and men’s fashion, accessories, shoes and bags. In May, the American clothing company G-III Apparel Group — owner of DKNY and Jessica Howard — became the sole owner of the Parisian fashion brand.

Meanwhile, in New Orleans, national real estate investment firm RockStep Capital took ownership of the Riverwalk in July and plans to “expand dining options, add multiple major high-end retailers and provide continued support for the City of New Orleans’ redevelopment of Spanish Plaza,” according to a spokesperson. RockStep purchased the property from the Howard Hughes Corporation, based near Houston. 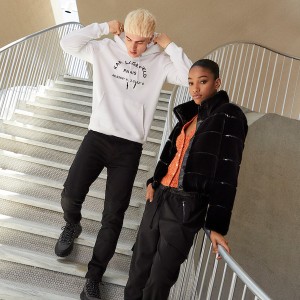 “We are thrilled to welcome Karl Lagerfeld Paris to the Riverwalk’s collection of stores,” said Andy Weiner, president of RockStep Capital, in a press release. “This is the first of multiple new luxury brands that RockStep plans to bring to the Riverwalk. We want to offer our New Orleans community and tourists alike an unmatched shopping experience.”

The Riverwalk is hiring full-time and part-time managers in training and part-time sales associates for the new Karl Lagerfeld Paris store.

“This is the first of many upgrades coming to the Riverwalk, and we couldn’t be more excited about the future,” said Weiner.