NEW ORLEANS, LA – The Junior Achievement of Greater New Orleans, Inc. (JA) Board of Governors is pleased to announce that Larry Washington will become president of the organization on August ­24, 2015, succeeding Jack Brancewicz who recently announced his retirement after more than 15 years.

Larry brings more than 10 years of nonprofit management experience from serving in many different roles at Junior Achievement of Southeast Texas, as well as at the Boys and Girls Clubs of Greater Houston.  During his career at Junior Achievement, Larry oversaw annual program delivery to nearly 80,000 students in over 20 school districts throughout Southeast Texas.  Most recently as the Fort Bend County Director of the Boys and Girls Clubs of Greater Houston, Larry managed a three club, county-wide operation.  This included opening a new, state-of-the-art 22,000-square-foot facility, the largest Boys and Girls Club in the Houston area.  Larry has expertise in strategic program expansion, fund development and in cultivating collaborative partnerships.

Larry, who is himself a product of Junior Achievement, has a passion for the mission and impact that JA can have on kids from all backgrounds.  He is a native of Houston, Texas, as well as a graduate of the University of Houston and the Penn State Executive Management Program.

"I'm excited about joining the JA team and continuing the great work that is already under way,” said Washington upon accepting his appointment. “I look forward to deepening the impact of our initiatives on thousands of young people throughout the greater New Orleans area."

According to JA Board Chair Clark Todd, “Larry comes to JA of Greater New Orleans with more than 10 years of non-profit experience, most of which was helping to manage one of the largest JA offices in the country. His energy and passion for JA are contagious and we are thrilled about the value he will bring to kids across the greater New Orleans area and to our JA stakeholders.” 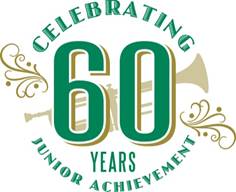