Josh Linkner: ‘We Can All Be Everyday Innovators’ 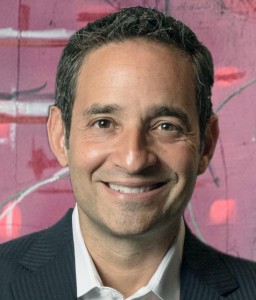 NEW ORLEANS – For many companies, the concept of innovation within their walls can seem overwhelming and outside their capabilities. But innovation expert Josh Linkner maintains that any organization can be innovative if it brings the right perspective to the creative process.

“We think innovation only counts if it is a billion-dollar idea,” Linkner said during the May episode of the 21st Century Business Forum, hosted by Biz New Orleans and sponsored by Engel & Völkers New Orleans and the New Orleans Chamber of Commerce. But as the author and entrepreneur outlines in his latest book, Big Little Breakthroughs: How Small, Everyday Innovations Drive Oversized Results, it is little ideas that can yield the greatest results while serving to “democratize creativity and innovation” by involving all employees of an organization.

“The good thing about little ideas is that they are accessible to us all,” he said. “We can all be everyday innovators regardless of our company or our role or our chosen profession.” The goal, he notes, should be “to cultivate a high volume of daily, small micro innovations,” which have been shown to be the biggest drivers of growth.

Linkner told the 21st Century Business Forum host, author Jon Gordon, that creativity “is a learned skill” and that there are ways business leaders can encourage their people to bring out the ideas that reside inside them.

“The first thing we need to do is create a safe environment,” Linkner said. “It turns out that fear―not (lack of) natural talent, but fear―is the single biggest blocker of creative output.”

“If you tell people, ‘Hey, go be creative,’ but the unwritten thing is that if you screw something up you’re fired,” it will squelch innovation because “fear and creativity cannot coexist in the same room,” Linkner said. Leaders, he noted, must learn “to accept a lot of bad ideas at times to get to the good ones.”

The second step to promoting innovation “is to give people some techniques” to bring out their creativity, Linkner said. Unfortunately, “the technique most people use is brainstorming,” which Linkner called “the most wildly out-of-date technique ever” because people only share “their puny, wimpy, safe ideas” for fear of looking foolish by sharing crazy ideas.

Instead, Linkner recommends a technique he calls “role storming,” where a person takes on the identity of someone else, whether it’s Ernest Hemingway, Lady Gaga or the late Steve Jobs, co-founder of Apple, and uses that persona, real or fictional, to express their ideas.

“Now you, a.k.a. Steve, are liberated. You can say anything you want, no fear of retribution,” he said. As a success story using this technique, Linkner shared the example of a stiff, buttoned-up Sony executive in Japan who took on the identity of Yoda from Star Wars and suddenly became a creative machine whose ideas “flew onto the whiteboard.”

Linkner, a jazz guitarist, suggests that companies should embrace the culture of a jazz combo, which he notes “encourages people to take responsible risks.” And business leaders also should recognize that failure “is part of the process of innovation.”

“If we’re not stumbling, we’re not going hard and fast enough,” he said.

The Business Forum continues in June when Steve Cannon, former Mercedes Benz USA president and now the top exec at AMB Sports & Entertainment—will share his insights on leadership and building a culture of excellence. It airs at 11 a.m. June 9. Register to view the free webcast free here.