John Maxwell: COVID-19 Has Been a Proving Ground for Leadership 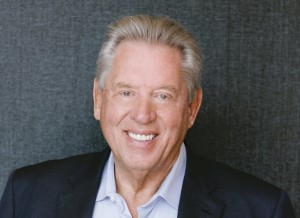 NEW ORLEANS – Crisis brings out the best and worst in people, says leadership expert John Maxwell, and the world-changing effects of COVID-19 have presented a proving ground to reveal who the true leaders are in workplaces across the country.

“A crisis separates the players from the pretenders,” said Maxwell, who is the author of dozens of books on leadership, the most recent of which is Change Your World.

Maxwell characterized the COVID-19 crisis as “a great time to find out who your leaders are, because you’ll never know who they are by what they say.” Rather, real leaders are revealed “by what they do in a very difficult time.”

Maxwell shared his thoughts on leadership and embracing change during the latest episode of the 21st Century Business Forum, which features monthly one-on-one online interviews with some of the nation’s most prominent business minds and thought leaders. The Business Forum is presented by Biz New Orleans and sponsored by Engel & Völkers and the New Orleans Chamber.

The greatest leaders are those “who are able to make adjustments” when times and conditions change, Maxwell said. That’s especially the case when the world around us changes for the worse.

From a personal perspective, Maxwell shared that his greatest leadership challenge “isn’t leading other people; it’s leading me. And leading me isn’t easy, because it’s more than words. It’s example.”

Maxwell said leaders must first apply leadership principles to themselves, beginning with “good values,” which give you the moral authority and credibility to lead others.

According to Maxwell, the most effective way for leaders to discuss values is to share them in small groups, or what he calls “transformation tables.” He is using this technique in Guatemala, where he said almost 2 million people have participated in the concept, including ex-prisoners who have stayed out of prison since their release.

Asked by the Business Forum’s host, author Jon Gordon, to name three things leaders should do in 2021, Maxwell shared the following:

The Business Forum continues in March with guest best-selling author Renee Mauborgne, who has been called the “No. 1 management thinker in the world.” It airs at 11 a.m. on March 10.