When was the last time you’ve been to Joe W. Brown Park? A question the New Orleans Recreation Development Commission (NORD) Chief Executive Officer, Vic Richard wants to ask you. If your answer isn’t “today,” then you’re missing out on something—because the Joe W. Brown Memorial Park is offering something new every day.

Joe W. Brown Memorial Park has been a massive transformation project over the past seven years. In 2010 the NORD administration began the project by putting the aquatics facility that sat untouched after Kartrina for 5 years and was placed back into commerce in 11 months. Since then, NORD has installed walking trails, a brand new state-of-the-art tennis facility with 10 lit tennis courts, an enormous and beautiful picnic pavilion called Shelter Number Two, a brand new football stadium, an Olympic track, a second playground area and just this year built a Louisiana High School Athletic Association regulation baseball facility.

“Our approach to bringing Joe W. Brown back to life was not to bring it back to what it was like before the storm” Richard explains, “but how it could and should be — how it could affect the community and become a major regional attraction.” With a vision of how they wanted the park to look and the amenities that would transform the park, Richard and the NORD team approached Mayor Mitch Landrieu who was integral in their ability to, in Landrieu’s words, “link and leverage.” 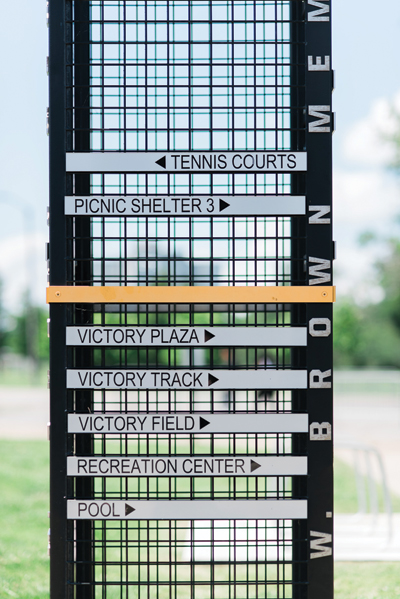 With Landrieu’s help, NORD developed a relationship with major private sponsors like Nike, The Sugar Bowl, The Brees Dream Foundation and Footlocker who assisted in making the Joe W. Brown Memorial Park dream a reality. In the years to follow, through the leadership of the NORD Foundation, partnerships with Entergy, Chevron, First NBC, Boh Brothers and others have continued to enhance the park’s facilities and programing.

Now, with state-of-the-art facilities and national sponsorships, the park is a central figure in not just New Orleans East, but in southern Louisiana. In the past four years, Joe W. Brown Memorial Park has hosted several regional events like the Regional Nike High School Combine, one of the largest high school athletic showcases in the country, as well as other big name events like The NBA Allstar Weekend and Sugar Bowl youth events. The Saints and Pelicans also play a significant role in the park as they often participate and lead staff and coaching clinic and youth training camps.

“We see the role of the park as a regional anchor of the entire city,” says Richard. “We also see the green space like we see public recreation — as a part of the character of the community. We are designing all of the amenities and programs at the park to fit in line with our mission statement: to foster the physical, mental and social well-being of all of our citizens. So, we’re serving young children all the way up to senior citizens who come out to play some serious tennis matches every Saturday, going at it like they are 20 years old.”

The versatility of Joe W. Brown Memorial Park is truly astonishing. With its beautiful green spaces surrounded by newly paved walking paths, sleek pavilions, massive ecologically rich lagoon and state-of-the-art sports facilities, there is something different to do every day. People can play sports, exercise, swim, engage in solo or group activities in both instructional and non-instructional environments; that’s why NORD’s new tagline is “Something for Everyone.” 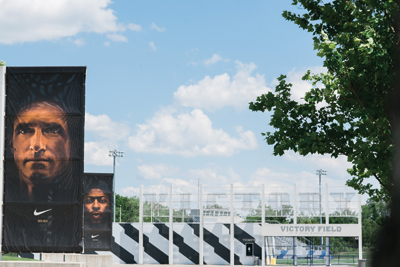 If you’re not the type to sweat it out on the tennis court, Joe W. Brown Memorial Park offers a vast array of what Richard likes to call “non-traditional leisure life activities.” These non-traditional leisure activities involve fishing, hiking through nature, canoeing, camping and bird watching to name a few. These leisure activities are all about inclusion; creating an intentional space for social growth and active involvement.

“There is a space that I call the Urban Camping Experience,” explains Richard.

“We’ve already done two camp outs with the youth boy scouts and just completed creating an intentional fire pit just over the pond in the back of the park so we can expose young people to a true camping experience in the wilderness.

“We’re also investing in putting the aeration system back into the lagoons for the first time since Katrina. We just completed the first of five installations and are working with our partners at the Louisiana Department of Wildlife and Fisheries to stock the lagoon with a variety of different fish enhance the fishing experience.

“It’s very heartwarming to hear feedback about the park. Just last week when I was in a radio interview, a resident called in to tell me thanks for the new aeration system. He said he likes going to the park with his three sons and teaching them how to fish. I also heard from a mother who said she took her daughter on a canoe ride through the park and they were able to share the experience of doing something together that they’d both never done before. The park is truly a regional anchor of the city.” 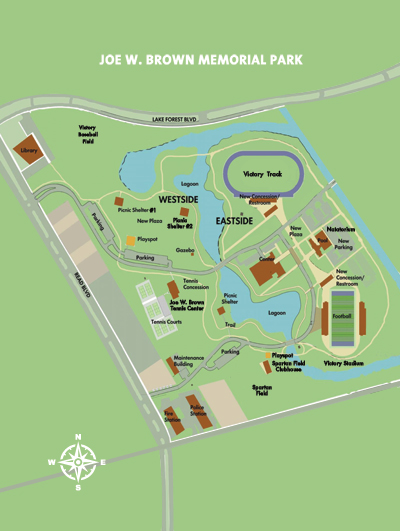 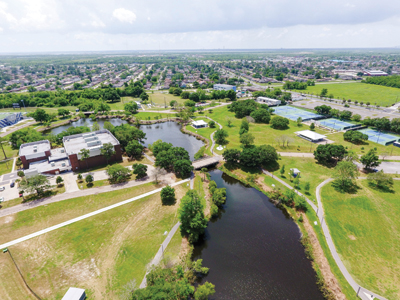