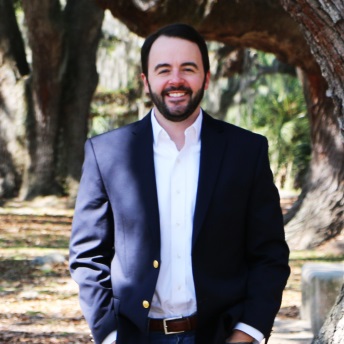 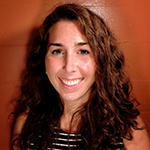 METAIRIE, LA – As part of the Prosper Jefferson Seminar Series, the Jefferson Parish Economic Development Commission (JEDCO) and the Jefferson Chamber of Commerce will present "Social Media 101 for Businesses," a seminar focusing on navigating the social media landscape.

On Wednesday, April 29, 2015, at the East Bank Regional Library's Jefferson Room, 4747 West Napoleon Ave., Metairie, from 9:00 a.m. – 10:30 a.m., topics will include social media strategy, content and analytics.        A panel of experts will offer an educational morning jam-packed with tips and techniques to ensure social media success.

A graduate of Loyola University of New Orleans, Gretchen received her Bachelors of Arts degree in theater and mass communications with a concentration in public relations. Gretchen is the VP of Communication for the Public Relations Association of Louisiana – State Chapter and is an active member of the Young Leadership Council, 504ward, the Jefferson Chamber and the New Orleans Chamber. She graduated from the 2013 Bryan Bell Metropolitan Leadership Forum, the 2014 Junior League of New Orleans' Get on Board Training Program and is a member of the Leadership Jefferson class of 2015.

Gretchen has worked on projects with the Greater New Orleans Foundation (GiveNOLA Day), Renaissance Publishing (New Orleans Sushi Fest), Entergy (NOLA Bike to Work Day), Companies With A Mission (Super Service Challenge), Louisiana Department of Education, the American Nurse Project, the Hotel Monteleone, ZukaBaby, Baudry Therapy Center and City Park, among many others. For her work in public relations, Gretchen has received an Award of Excellence, a Lantern Award and Best in Show from the Southern Public Relations Federation

With 17 years as a successful morning radio host, Jeff Januszek has a knack for creating captivating content on a daily basis.

Originally from Detroit, Jeff married a New Orleans girl in 2011. This explains why, in 2014, Jeff left his radio career behind and made a home for he and his wife in Lakeview. After years of connecting with audiences via social media, it was only natural for Jeff to launch his own social media management and consulting firm. Jeff has worked with clients like the Cincinnati Reds, The Grand Prix of NOLA, Fix My Streets New Orleans, and many more, to help get their message to millions.

Now, with his wife expecting their first child in June 2015, Jeff continues to grow his business in the New Orleans metro area. Simply put, you won't meet anyone more passionate about teaching organizations how to expertly use the most powerful advertising tool ever, social media

Born and raised in Baltimore, Margaux found herself in New Orleans by way of New York City. As the Director of Social Media at FSC Interactive, a leading digital marketing agency in New Orleans, Margaux, works with the Social Media Department to ensure that all accounts are being managed properly and being given the appropriate attention. Her primary role is to provide guidance, structure and accountability to her team, as well as oversee Zatarain's social media presence. Her efforts with Zatarain's have resulted in a benchmark-defying Twitter partnership, an award-winning surprise and delight campaign, and, most importantly, a loyal online community. When she's not working, Margaux loves keeping up with digital trends and emerging tech, pop culture, and a good Sazerac.

“Social Media 101 for Businesses” is open to all businesses and entrepreneurs. Admission is free, but registration is required to attend.