The Man With The Golden Voice And Striped Sport Coats

The man with a golden voice and an edgy fashion style would be a quick description of Ivan Griffin, current star about town who just was featured in a concert at the Marigny Opera House, and who will sing the role of Dr. Grenvil in the upcoming “La Traviata” to be presented by the New Orleans Opera on October 9 and 11.

Next he will be featured in a concert with Jazz chanteuse Leah Chase at the Ellis Marsalis Center for Music in the Ninth Ward on November 3 and as a bass soloist in Handel’s Messiah with the New Orleans Symphony Chorus in the newly renovated Orpheum Theater on December 10.

In the meantime, if you happen to see him dining in one of his favorite restaurants you will understand why his fashion style at times is called edgy.

“I like to think of my style as dapper and distinguished,” he says. “But when I put on one of my favorite striped sport coats, I would have to admit my style is edgy. With either one of my favorite sport coats, I add anything but a ‘safe’ shirt and finish things off with neat slacks and a colorful tie and handkerchief.” Then he stops to ponder his fashion sense and adds: “Some men are afraid of color. Not me. Give me a pop of color, a twist on design, or something that shows off a bit of my playful personality, and I am happy.”

A graduate of Southern University in Baton Rouge, he went on to receive a Master of Music degree in performance from the prestigious Eastman School of Music at the University of Rochester, New York.

Ivan’s career has since been on an upward trajectory that has included touring Europe in the “Porgy and Bess” opera. 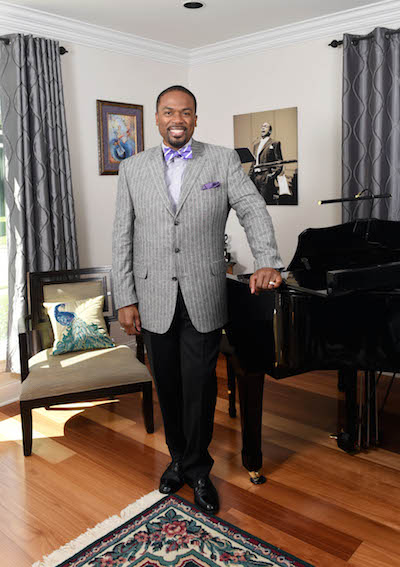 “I performed with singers who had international careers, and it affirmed to me that I have what it takes to be on the international stage,” he says with pride. Not only has he been a hit in two dozen cities in the country, he has also performed in Italy, France, Germany, Spain, Switzerland, Holland and South Africa.

One of the highlights of his career was performing in the premiere of “Requiem for the Innocent,” with the South Bend (Indiana) Symphony in 2010.

“It was a work by Jorge Muniz, a well-known Spanish composer,” he says. “It was a huge work, written in five languages that employed a chorus of nearly 200 voices plus a full orchestra. It was my first time to sing in Arabic. The other four languages were English, Hebrew, Latin and Spanish, all alternating in the same work.”

Ivan’s musical talent and fashion sense were interwoven at a young age.

“My mother was the church pianist and insisted that I begin piano lessons when I was five years old,” he explains. “She was a professional seamstress and made beautiful clothes for fashionable ladies. And it was my mother who insisted that I always have nice clothes when I was growing up.” 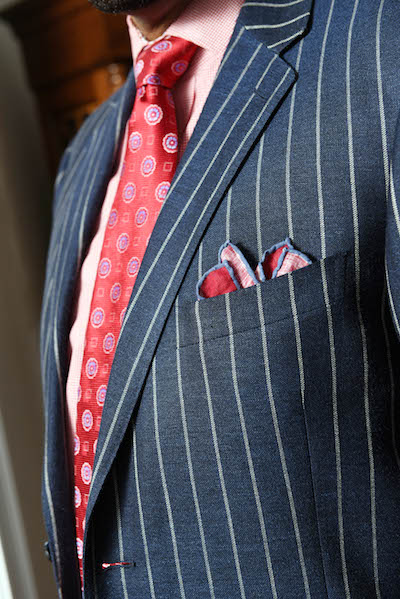 Ivan was very active in school music programs. “By the time I was in high school, I played sousaphone and trombone in the marching band, and trumpet in the concert band,” he says. “However, my first love was always singing. It was a constant in my life that began in church and school choirs. I have always been proud that I helped to found a gospel choir during my high school years at Salmen High School in Slidell, where I grew up.” Then he adds: “My love of gospel music has always remained with me. Since I began my professional career, I have been a frequent soloist with the internationally renowned American Spiritual Esemble, including concerts at the John F. Kennedy Center for the Performing Arts and New York’s Riverside Church.”

Today Ivan is an adjunct voice faculty member at Xavier University and an instructor at the Ellis Marsalis Center for Music. He also gives private voice lessons. He is quick to point out that his love of opera has never overshadowed loving most types of music, including musical theater. “One of my favorite performances in New Orleans was presenting my own ‘Songs of A People: Music of the African American Experience’ at the Trinity Artist Series earlier this year,” he says.

Music may be Ivan’s first love, but don’t discount his love of fashion. “I have always been aware of how I dressed,” he says. “Even today I dress in the manner in which I perceive myself. I enjoy looking good and feeling good about what I wear, and it is fun to keep some edgy outfits in my closet when I want to be a bit different.”