Tim Williamson, co-founder of The Idea Village, discusses New Orleans’ rebirth as an entrepreneurial hot spot and efforts currently underway to take things to the next level.

Sandwiched between Mardi Gras and Jazz Fest, New Orleans Entrepreneur Week is a week-long festival (March 20-27 this year) that honors another kind of artistry. Instead of elaborate floats or award-winning music, NOEW celebrates the passion, tenacity and innovative thinking involved in forming and fostering a new business venture.

This year over 10,000 entrepreneurs, nonprofits, students, investors and corporations are expected to take part in eight days packed with more than 70 events and competitions designed to promote new ideas and further boost the city’s entrepreneurial spirit.

As the festival approaches its seventh year, Tim Williamson, co-founder and CEO of The Idea Village, producers of NOEW, took a moment to sit down with Biz New Orleans to discuss the emergence of what he calls an “entrepreneurial ecosystem” in New Orleans, what that means for the city, the big changes for NOEW this year, and what lies ahead.

Biz New Orleans: Tim, you’re listed as the co-founder of Idea Village. Who is the other founder?

Tim Williamson: There’s actually a group of us – Robbie Vitrano, Allen Bell, Darin McAuliffe, Sam Giberga, Sally Forman and Michele Reynoir. We were this group of people that all had a lot in common. We were all from here but we’d all moved away in the late ‘80s and came back in the late ‘90s to start tech companies. We were at the forefront of the industry movement in New Orleans back then; we were all competitors and all had gone to different high schools. We used to meet at this bar called the Loa Bar.

Originally we were meeting to create a conference – New Orleans and the Internet – but those meetings slowly diverged into discussions on why the city was in such a downward cycle. We’d all come from working in other big cities – Boston, Atlanta, San Francisco – and coming back here, what we decided was that there was an evident problem with leadership. We figured the answer lay in getting entrepreneurial talent to come, or stay, in New Orleans and those entrepreneurs would create new jobs and wealth and eventually become the new leaders. 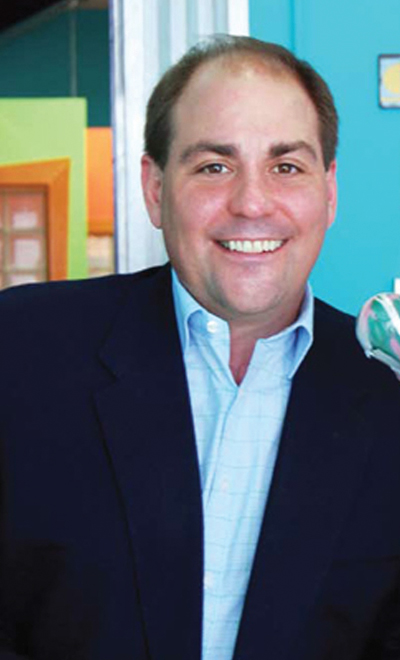 Biz: What did the entrepreneurial community look like 15 years ago?

TW: There really wasn’t one. This was a city with no venture capital, poor education, high crime and rampant corruption. There was no support network for entrepreneurs.
The first thing we did actually was have a $10,000 business plan contest. Our group was known then as the Loa Group, and we decided we would kick in a few thousand each and award it to the best business plan. The day after we announced the contest, this local lawyer named Sam Giberga (he wasn’t part of the group at the time) called us up and said he wanted to donate $15,000 in legal services to the contest. He was the first in an outpouring of support. In the next month we received about $125,000 of donated goods and services – everything from website help, to a party at the House of Blues. It really blew us away – all the response.

Biz: It sounds like that first contest showed that there was a real desire to create a support network for entrepreneurs.

TW: Yes. What we needed was a support system, an independent entity that could connect business, government and universities into a collaborative network – an entrepreneurial ecosystem – of course that term wasn’t around back then.

TW: It has. Fifteen years later I’m happy to say that we are attracting, and more importantly, retaining great talent. We have a very engaged broader community – lawyers, bankers, investors, universities – and we’re seeing entrepreneurism being driven down deep into our ethos. High schools are creating programs, major firms are teaching entrepreneurial thinking – we are essentially rebranding our city into an entrepreneurial hub.

Biz: You mentioned the goal of all this entrepreneurism was to create new leaders. Are you seeing them emerge?

TW: I think we are, and they’re starting to pay it forward. Off the top of my head, I’d name Patrick Comer of Federated Sample, Jen Medbery with Kickboard, Brent McCrossen with Audiosocket, Robbie Vitrano of Naked Pizza, Dr. Sarah Mack with Tierra Resources, working to rebuild our coast, Matt Wisdom of TurboSquid and Kenneth Purcell of iSeatz.

Biz: Before we get into what’s in store for NOEW this year, can you talk a bit about what else Idea Village does during the rest of the year?

TW: Sure. Our entrepreneur season actually kicks off in July and culminates in March with NOEW. Through our Idea Institute we provide education through over 70 workshops.

We also provide one-on-one strategizing through our IDEAsessions, where entrepreneurs can meet for 90 minutes with entrepreneurial experts that will help them solve problems. We’ll be doing 125 of these this season. And then there are our accelerator programs – IDEAx and Capital – both are geared for small groups of around 10 participants at a time. 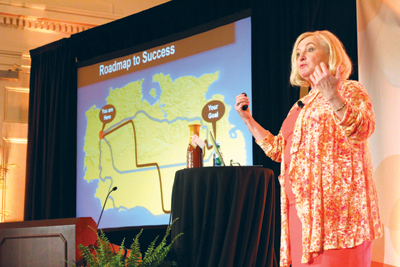 Biz: Let’s talk about this year’s NOEW. What’s new and different this year?

TW: Well first, we’ve moved everything to Fulton Street. For the first time we’re going to have a NOEW headquarters for the entire week. It’s going to be like a mini festival ground. We’re also offering over 110 entry slots for entrepreneurs to do pitches. That’s an 87 percent increase over last year.

This year NOEW is not just a culmination of the work of The Idea Village, we’ve also got 40 different partners – including JEDCO and St. Bernard Chamber – that will be having their own showcases and pitches. We’ve got 25 national investors coming to town. That’s exciting.

Biz: There’s so much going on, what do you consider some of the highlights – the “don’t miss” events?

TW: I’d have to say one is the Big Idea – the world’s largest crowd funding event. That is the culmination of our festival – kind of like Mardi Gras day is for Carnival. Last year we had more than 2,500 people come and help provide over $98,000 in capital to more than 15 companies – and that was during a torrential downpour. This year we’re expecting even more. 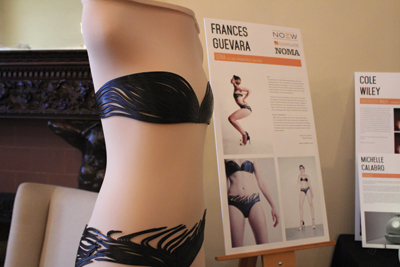 On the last day of the festival we’ve also got what I’d say is the premier showcase for the whole year – the Coulter Idea Pitch (named for successful investor and Founder of TPG Group, Jim Coulter). Pitches will be made from four companies seeking venture capital, and the winner will receive an all-expense paid trip to California to meet with some of the nation’s leading venture capitalists. This year the big four competing will be Bontriage, Your Nutrition Delivered, Servato and Haptech.

Biz: What does the future hold for New Orleans as an entrepreneurial city? What’s the next step?

TW: New Orleans has done such a great job of supporting this ecosystem, and I think the next phase is definitely to build a skill set to scale, meaning we need more talent and resources like management, bankers, and lawyers experienced with taking a $10 million company and turning it into a $100 million company. We’re starting to see some of this coming into our community now.

I’m also excited to see the strong network that has been formed begin to serve as mentors. We’re still young, so we all need patience, but the good news is we’re making tons of progress.

We may not be a city with the most capital or Fortune 100 companies, but what we do have is an incredible ability to connect. We’re one of the best at that. I completely believe that we’re going to be one of the top hubs for entrepreneurism in the country, but we’re going to do it our way – New Orleans style. 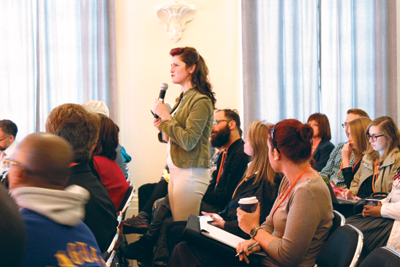