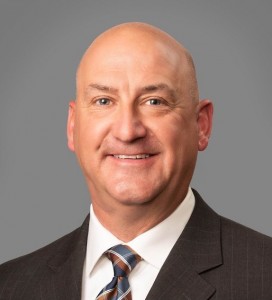 NEW ORLEANS  – Investar Bank recently hired Brice Howard as a commercial relationship manager and vice president working at the bank’s Mandeville branch. Howard re-joins Investar from American Bank & Trust, where he was the chief lending officer/president. He has worked in banking for three decades.

As a commercial relationship manager, Howard is responsible for growing and maintaining a commercial loan and deposit portfolio while providing customer service. He enjoys growing relationships with his customers and is rewarded by seeing business owners that he has directly helped achieve their goals to be successful.

“We are extremely excited to have Brice back at Investar working with our Mandeville team,” said Stephen Wessel, the bank’s eastern region president. “Brice has many relationships in St. Tammany and Tangipahoa parishes, and we know he will expand our presence on the Northshore.”

Howard is a native of New Orleans and has worked nearly his entire career in the metro area. He is a graduate of the University of New Orleans with a Bachelor of Science degree in business management with a concentration in finance. As a resident of Ponchatoula, he is active in the community and currently serves the Pontchartrain Conservancy as a finance committee member. He is also a committee member of the Got Our Troops Foundation (G.O.T.) of Southeast LA and a mentor for Young Entrepreneurs Academy (YEA!) of Southeastern University. He has formerly served many other community boards.