Investar Bank Expands its Footprint into Alabama by Announcing Agreement to Acquire Bank of York with Locations in York, Livingston and Tuscaloosa 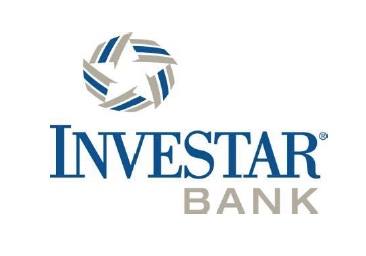 BATON ROUGE, La. – Investar Holding Corporation (Nasdaq:ISTR)(“Investar”), and its wholly-owned subsidiary, Investar Bank, National Association, Baton Rouge, Louisiana (“Investar Bank”), today announced that they have entered into a definitive agreement (the “Agreement”) to acquire Bank of York, an Alabama state bank headquartered in York, Alabama (“Bank of York”). According to the terms of the Agreement, Investar will pay a total amount of cash merger consideration to shareholders of Bank of York equal to $15.0 million. Bank of York will also be permitted under the Agreement to make regular and special pre-closing cash distributions to its shareholders in an aggregate amount of approximately $1.0 million.

At June 30, 2019, Bank of York had approximately $99.5 million in assets, $46.0 million in net loans, $82.3 million in deposits with $19.6 million in noninterest-bearing accounts, $11.2 million in stockholders’ equity, and a loan-to-deposit ratio of 56.53 percent. Bank of York offers a full range of banking products and services to the residents and businesses of Sumter and Tuscaloosa Counties. Its operations in Alabama include a main office in York, a branch in Livingston and loan production office in Tuscaloosa, which is expected to be converted into a full service branch after the closing of the transaction.

Investar’s acquisition of Bank of York represents the continued execution of the Company’s multi-state expansion strategy and would expand Investar’s branch footprint along the I-20 corridor in Alabama, further bolstering its core deposit base and positioning Investar to continue to build on its existing record of growth and client service under the leadership of its current management team. For Bank of York, the transaction is expected to provide the benefits of additional financial strength and the expanded resources of a larger banking enterprise. Although Bank of York will transition to the Investar name, the experienced Bank of York staff is expected to remain substantially intact, continuing to provide exemplary and personal service to Bank of York’s growing customer base.

John D’Angelo, Investar’s president and chief executive officer said, “I am excited to welcome Bank of York’s customers and locations into the Investar brand. Expansion into Alabama enhances our regional footprint and provides the opportunity for additional mergers and acquisitions in the Gulf South markets. We are fortunate to have this opportunity to join forces with a bank that has been serving its community for more than 100 years, building a loyal customer base which brings an attractive cost of funds. We are enthusiastic about this partnership and look forward to welcoming Bank of York’s customers, shareholders and employees to the Investar family.”

Jimmy Collins, Chairman of the Board of Directors of Bank of York stated, “We are excited to be partnering with an organization that shares our approach to community banking. We view this as an opportunity to become part of a larger community bank, allowing us to better serve our customers and to further expand our business model in our current markets. We believe our franchise will contribute to the success of the combined organization and that Investar is the ideal partner for maximizing the long-term value of our company for our employees, customers and shareholders.”

The Agreement has been approved by each company’s board of directors. The closing of the transaction, which is expected to occur in the fourth quarter of 2019, is subject to customary closing conditions, including obtaining the approval of Bank of York’s shareholders and applicable bank regulatory authorities.