"We are proud to lead the charge in promoting healthy workplaces in Jefferson Parish. As most people spend a majority of their day at their job, the workplace is the ideal location to begin the change in healthy habits. Worksite health promotion and disease prevention programs save companies money in health care expenditures and, when done right, produce a positive ROI."

Todd Murphy, president of the Jefferson Chamber of Commerce, which just launched its Healthy Business Initiative in January. For more information, visit JeffersonChamber.org. 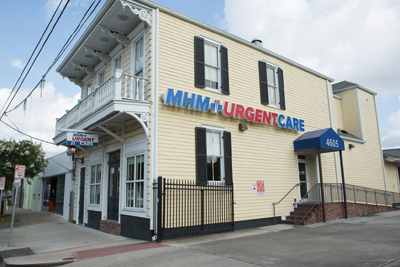 The National Federation of Independent Business (NFIB) Uncertainty Index tumbled 15 points, from 100 to 85, and the percentage of owners who report feeling unsure if the economy will be better in the next six months fell from 23 to 12 percent in December.

The percentage of owners unsure about making capital expenditures fell from 20 to 10 percent.

Louisiana Ranks 10th in the Nation for Racial Progress

WalletHub’s analysts recently measured the gaps between blacks and whites in 16 key indicators of equality and integration (including items like median annual income, standardized test scores and voter turnout) for each of the 50 states and the District of Columbia.

Scheduled for March 7-9 at the New Orleans Ernest N. Morial Convention Center, RES/CON — The Global Resilience Summit — is the premier international conference on the practice of successful resilience building and disaster management. The speaker and programming lineup includes representatives from the United Nations, Twitter, the City of Los Angeles, AirBnB, Shell Exploration & Production Company and the U.S. Department of Housing and Urban Development.

The event is produced through a partnership between Greater New Orleans, Inc. and the New Orleans Ernest N. Morial Convention Center. Register online at ResConNola.com. 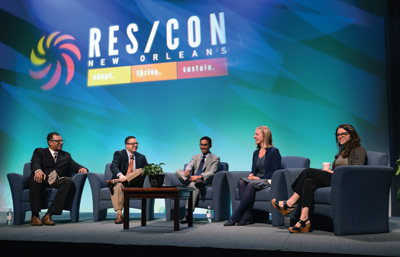 International premium real estate firm Engel & Völkers New Orleans opened its second location on Jan. 6 at 601 Julia Street in Downtown New Orleans. This is the fifth shop the firm has opened in Louisiana in the past year. 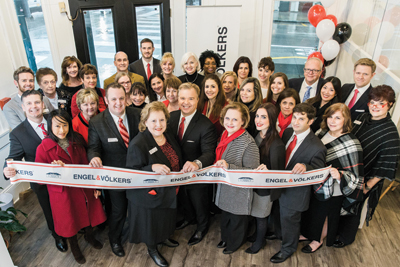 On Jan. 26, St. Martin’s Episcopal School opened The Gibbs Family Center for Innovation + Design. The center serves as the centerpiece of St. Martin’s Innovation + Design program, which equips students with the skills and mindsets necessary to succeed in college and in life through a design studio, woodworking and build shop, and prototyping and production labs. 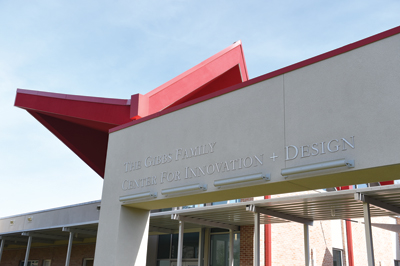 Less than one year after opening its first New Orleans location in March 2016, the technology repair brand uBreakiFix announced its newest location at 3200 Severn Ave. in Metairie on Dec. 31. Both stores are owned by local entrepreneur Mike Melito, who is planning two more locations in New Orleans and four in Baton Rouge. The company has 270 stores spread across North America. 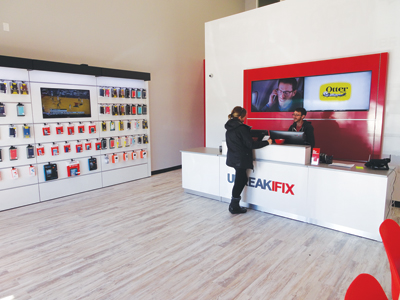 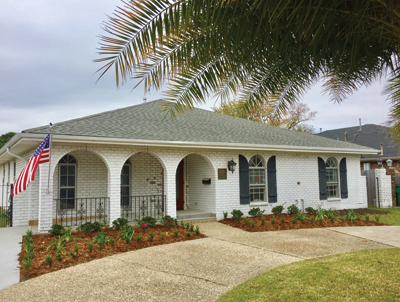 On Jan. 11, Children’s Hospital broke ground on its $225 million expansion — the largest expansion since the hospital was founded in 1955. The new campus will feature substantial improvements, including: a new emergency department, inpatient radiology department, surgical services department, same-day surgery unit with all private rooms, Cardiac Intensive Care Unit and Neonatal Cardiac Intensive Care Unit (CICU/CNICU), cancer center of excellence with inpatient and outpatient services together, and a 400-car garage with a direct and easy walkway to inpatient and outpatient services, front door and lobby.

Dunkin Donuts to open up To 69 stores in Louisiana

New Orleans Saints Quarterback Drew Brees, in partnership with existing franchisee Vik Patel, has signed an agreement to develop up to 69 new Dunkin’ Donuts restaurants in New Orleans, Baton Rouge, Shreveport, Monroe and Alexandria, Louisiana over the coming years. The first location under the new partnership is planned to open in 2017. Currently, there are a dozen Dunkin’ Donuts restaurants located throughout Louisiana.