“We’ve seen significant interest across the state in harnessing research to drive economic growth, even as our universities are devastated by ongoing budget cuts. Commercialization efforts have taken root in all Louisiana universities, with local and national resources attracted to the tremendous value in building businesses around our lab discoveries"

—Aaron Miscenich, president of the New Orleans BioInnovation Center, speaking about the status of innovation in the state. The center’s Innovation Louisiana 2016 conference, an educational event November 14 -15, will offer critical networking, education and professional development opportunities in life sciences.

Port of New Orleans to Expand Trade with Cuba

On Oct. 4, Port of New Orleans Chief Operating Officer, Brandy Christian, joined Gov. John Bel Edwards in signing a memorandum of understanding with Manuel Fernandez Perez Guerra, director general of the National Port Administration of Cuba. The agreement was made in Havana during a 50-member Louisiana trade delegation to the country Oct. 3-7. The memorandum pledges to expand trade and commerce opportunities between the two regions, along with joint marketing and information sharing efforts. 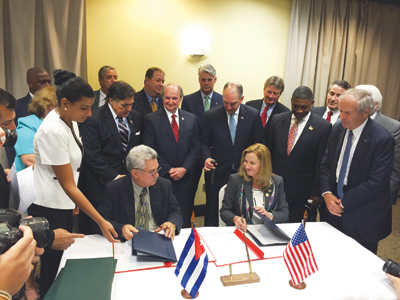 Most in Need of Improvement
Louisiana ranked 47th in the U.S. for energy efficiency in the 10th edition of the 2016 State Energy Efficiency Scorecard published by the American Council for an Energy-Efficient Economy (ACEEE). 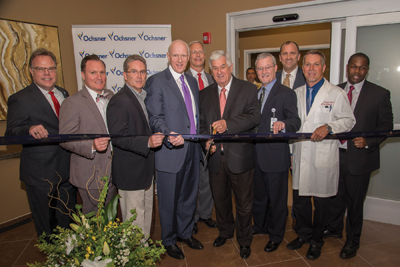 A new concept store called The Market Magazine & Sixth opened Oct. 15 at 2855 Magazine Street. Created by local sisters Amy Radle (left) and Catherine Radle McKearn, the store features a collection of established, independent merchants and artists, many of which are from Baton Rouge. 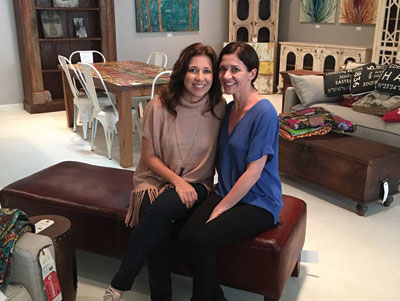 Due to continued company expansion, computer repair, sales and service provider Rent-a-Nerd celebrated the opening of their new office at 2200 Tulane Ave. on Oct. 5. Since 1997, the company has provided IT services to companies throughout the Greater New Orleans area. 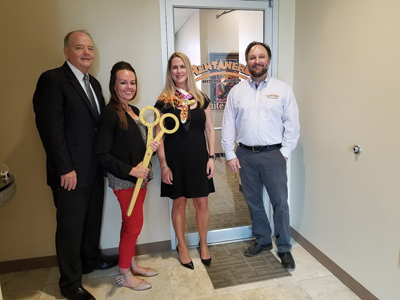 Global chemical company Dyno Nobel America unveiled their new $850 million ammonia production facility at the Cornerstone Chemical Company’s Fortier Manufacturing Complex in Waggaman Sept. 29. The partnership between the two companies will create a combined investment of more than $1 billion and create 65 new jobs with an average salary of $80,000. 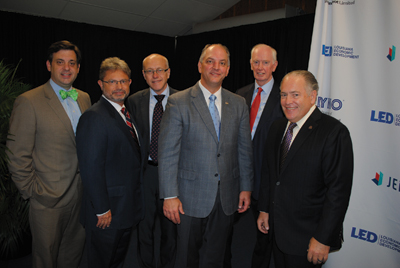 GLO Airlines began non-stop air service to Huntsville, Alabama’s International Airport on Sept. 30. The flight invites travelers to trade a six-hour drive for the 1 hour and 45 minute flight. This is the sixth route operated by the Mid-South and Gulf regional air service provider. 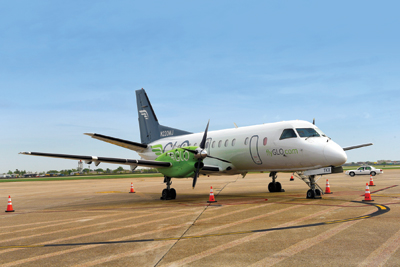 Governor John Bel Edwards has authorized the state to move forward with the construction of Delgado Community College’s new $27 million River City Campus in Avondale. The 10.5-acre facility will be focused on training skilled workforce for water-related trades and is scheduled to open in the fall of 2018.

A leading network of co-working spaces across the southeast, Launch Pad has announced it is constructing a new co-working space for its flagship location in New Orleans. The completion date for the new 22,500-square-foot facility at 400 Poydras St. in downtown New Orleans is set for February 2017. Membership options exist for every stage of a business lifecycle — from affordable co-working to private office suites with views of the Crescent City connection.